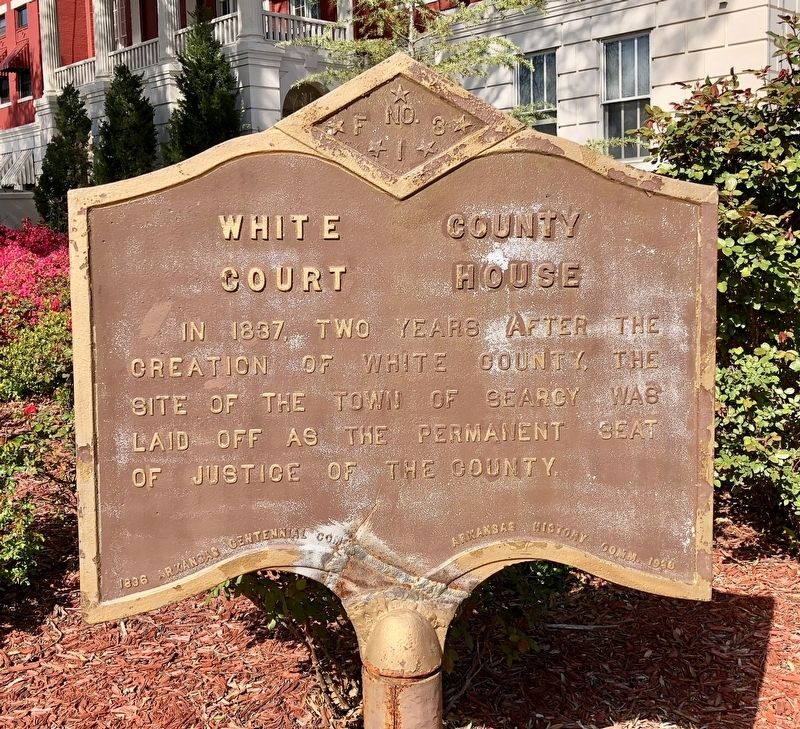 In 1837, two years after the creation of White County, the site of the town of Searcy was laid off as the permanent seat of justice of the county.

Topics and series. This historical marker is listed in these topic lists: Government & Politics • Political Subdivisions. In addition, it is included in the Arkansas Centennial Commission series list. A significant historical year for this entry is 1837.

Location. 35° 15.012′ N, 91° 44.303′ W. Marker is in Searcy, Arkansas, in White County. Marker is at the intersection of West Arch Avenue and North Spruce Street, on the left when traveling east on West Arch Avenue. Located at the southwest corner of the courthouse square. Touch for map. Marker is at or near this postal address: 300 North Spruce Street, Searcy AR 72143, United States of America. Touch for directions. 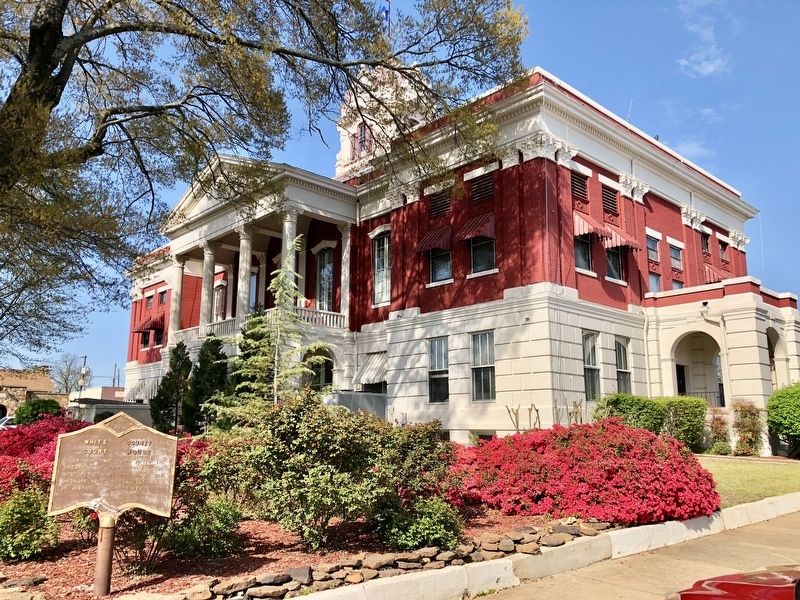 Click or scan to see
this page online
(within shouting distance of this marker); White County Vietnam Memorial (within shouting distance of this marker); A Walk Through History (approx. ¼ mile away); Brig. Gen. Dandridge McRae (approx. half a mile away); Spanish Land Grant to John Fayac (approx. 1.4 miles away); Searcy Landing in the Civil War / Guerrilla War on the Little Red (approx. 2.4 miles away). Touch for a list and map of all markers in Searcy. 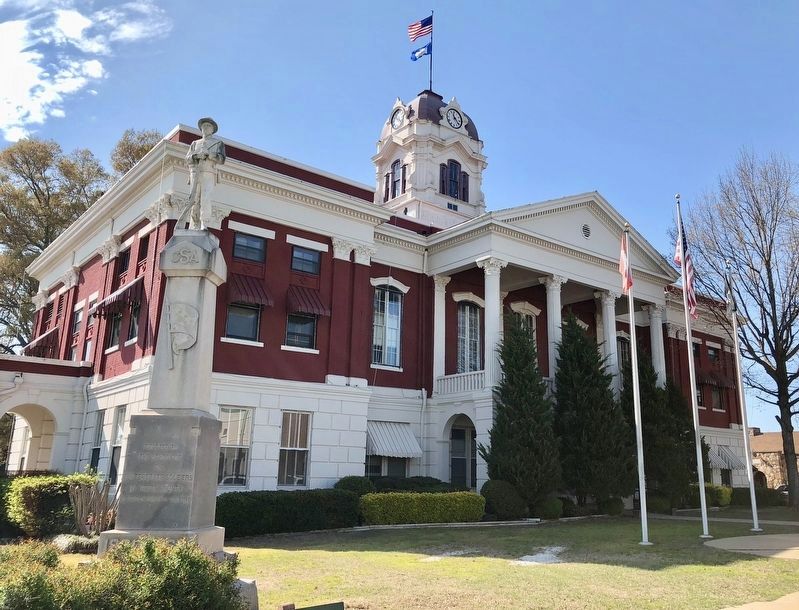