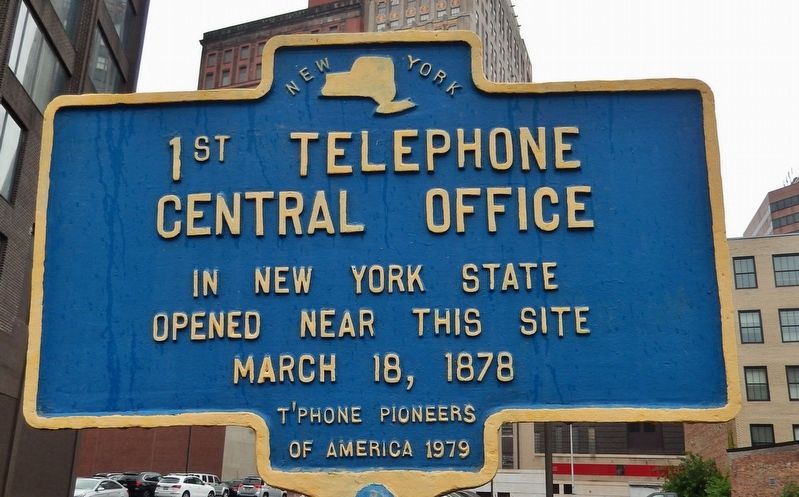 Erected 1979 by Telephone Pioneers of America.

Topics. This historical marker is listed in this topic list: Communications. A significant historical date for this entry is March 18, 1878.

Location. 42° 38.981′ N, 73° 45.047′ W. Marker is in Albany, New York, in Albany County. Marker is on Broadway south of Maiden Lane, on the right when traveling south. Marker is located beside the sidewalk, in a small parking lot in the middle of the block, directly across Broadway from the US Federal Courthouse. Touch for map. Marker is at or near this postal address: 446 Broadway, Albany NY 12207, United States of America. Touch for directions. 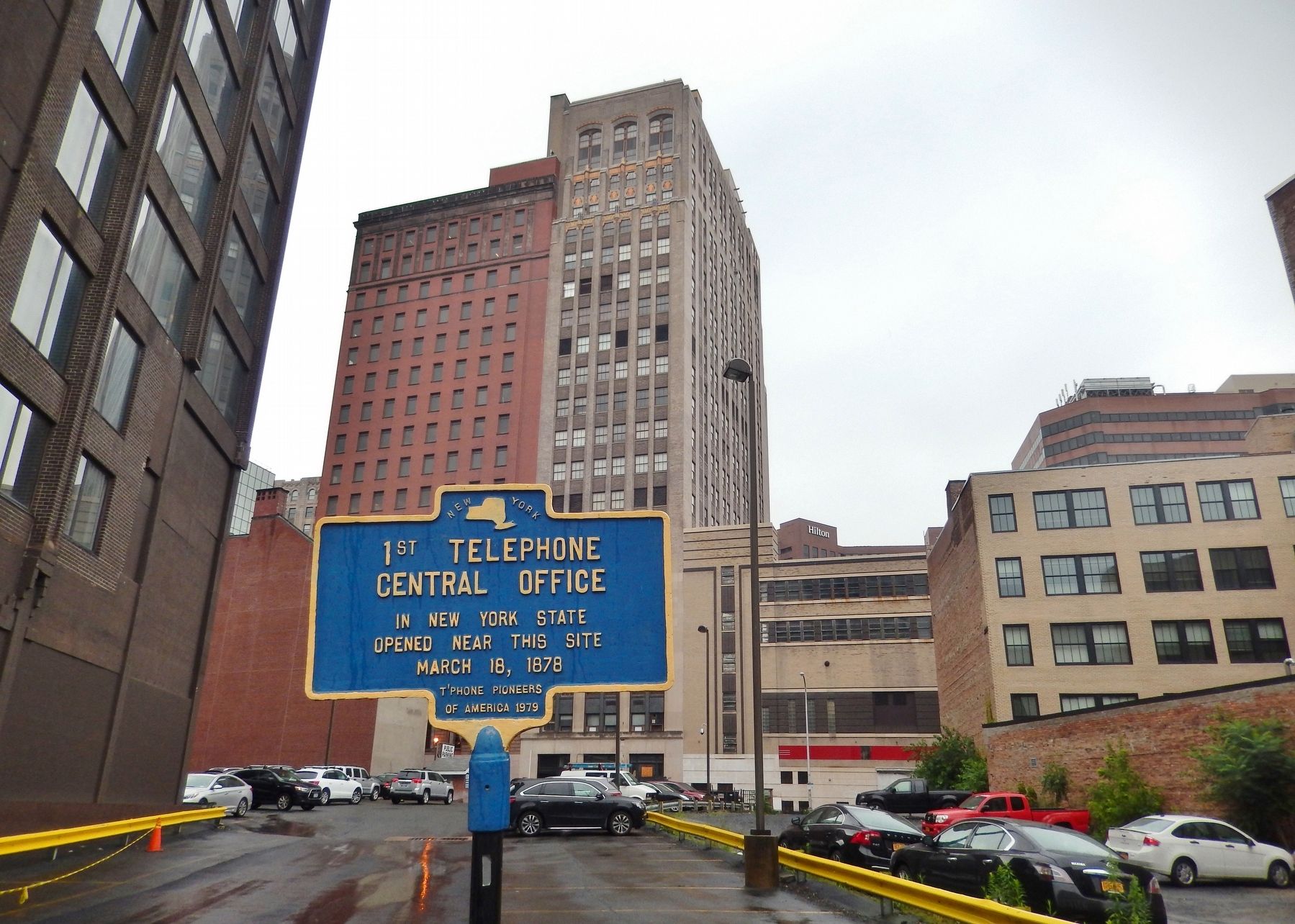 The term "central office" was coined from the early days of telephony. Right after the introduction of the telephone in 1878, subscribers had to "ring" the office to get the attention of an operator who would ask for the wanted number and complete the call. As the number of telephone subscribers grew from only a few dozen to a few thousand, human operators were then housed in a central office building to complete calls. By the 1910s 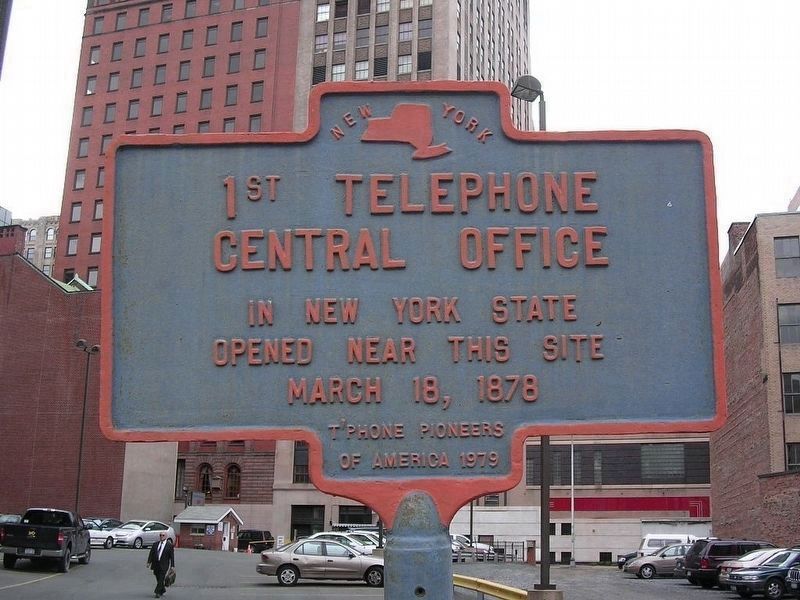 By Howard C. Ohlhous, September 25, 2006
3. Central Office Marker in an Older Paint Scheme
numerous operators (exclusively women) would sit at "switchboards" and route calls day and night. Back in the early days any call you wanted to make, whether next door or across town, had to go through the operator sitting at his/her switchboard at the central office.