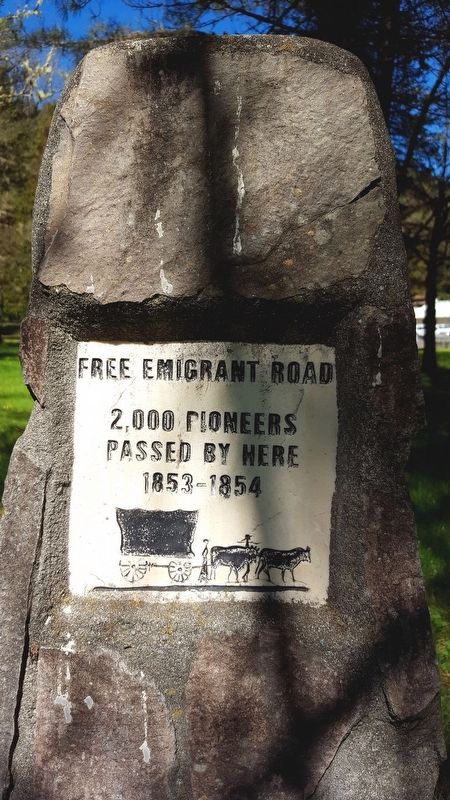 Topics. This historical marker is listed in these topic lists: Exploration • Roads & Vehicles.

Other nearby markers. At least 2 other markers are within 4 miles of this marker, measured as the crow flies. A different marker also named Free Emigrant Road (approx. 2.8 miles away); Yabes, Maximo (approx. 3.9 miles away).

More about this marker. The marker is located at the Middle Fork Ranger Station.

Regarding Free Emigrant Road. In 2004 the Northwest Youth Corp. partnered with the Oakridge Westfir Pioneer Museum to record the route of the historic road. The museum was given a grant by the Oregon Trail Historical Fund and the youth corp worked with a private surveyor in establishing the exact location of the road. The NYC also was to assist in erecting permanent monuments along the route. This marker is one of a number placed along this historic route.

The oregonhistorictrailsfund.org website highlights this emigrant road's significance: The Free Emigrant Road, a branch of the Oregon Trail, successfully opened a middle 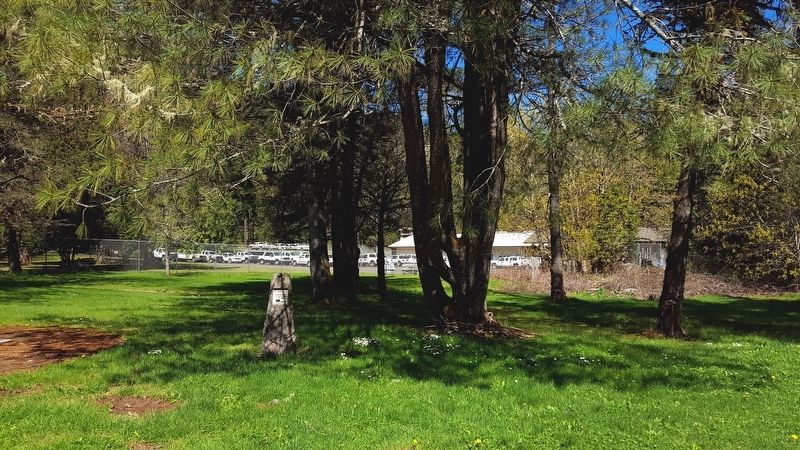 Click or scan to see
this page online
route across Oregon for emigrant travel from the Malheur River (Vale) to the southern Willamette Valley (Eugene).

Three different wagon trains made the attempt to cross by a middle route. The first, led by Stephen Meek in 1845, ended in disaster when the wagon train foundered in the desert before turning north for rescue at The Dalles. The second, led by Elijah Elliott in 1853, succeeded in crossing the desert, but became stranded in the Cascade Mountains for lack of a cleared wagon road and were rescued by a relief party from the settlements. The third attempt, led by William Macy in 1854, was finally successful in both crossing the desert and getting over the Cascades using the newly completed Free Emigrant Road.

Together, the three wagon trains that blazed the middle route brought some 2500 emigrants into Oregon. The routes they blazed, sometimes collectively called the Meek-Elliott-Macy Trail, were later used by gold seekers, freighters, the military, and settlers moving to central and eastern Oregon. 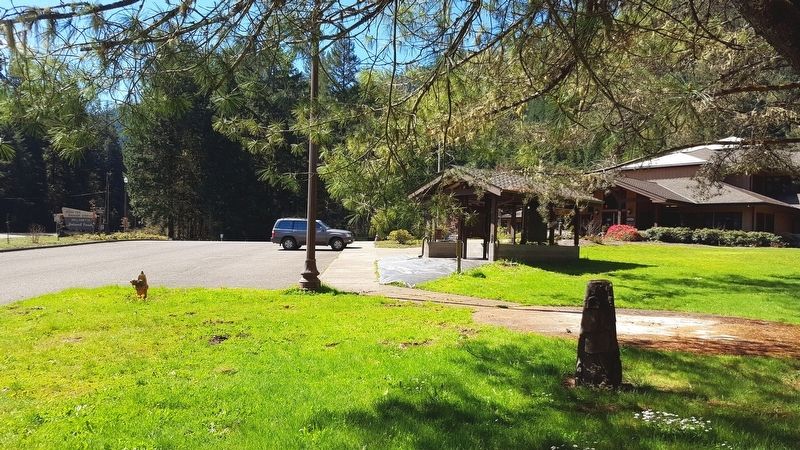 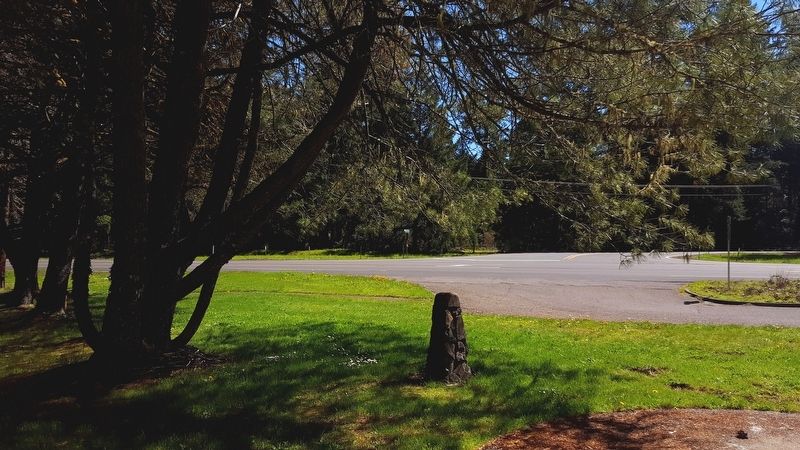