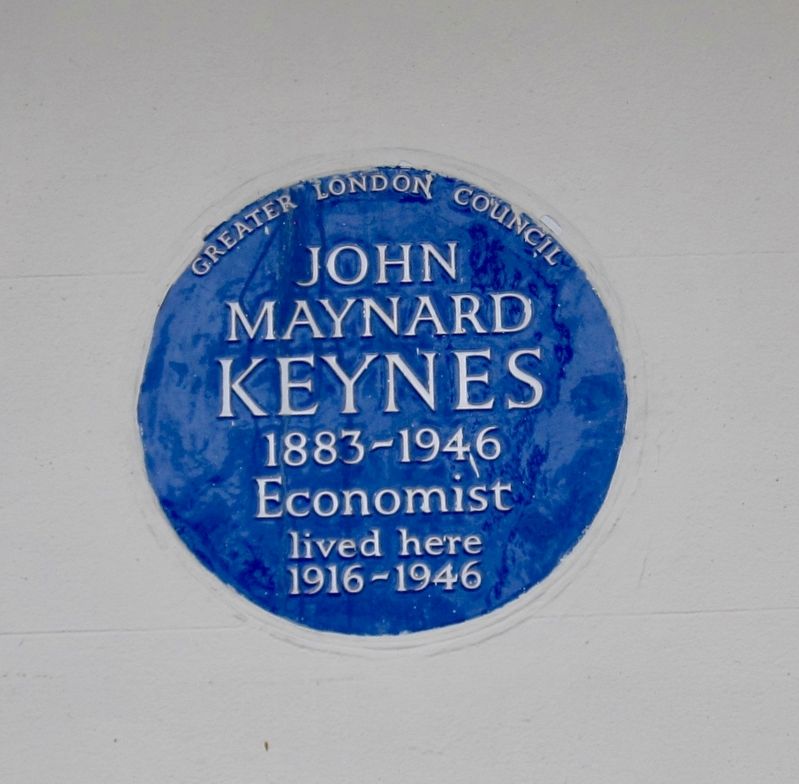 Topics. This historical marker is listed in these topic lists: Arts, Letters, Music • Science & Medicine. A significant historical date for this entry is April 21, 1946. 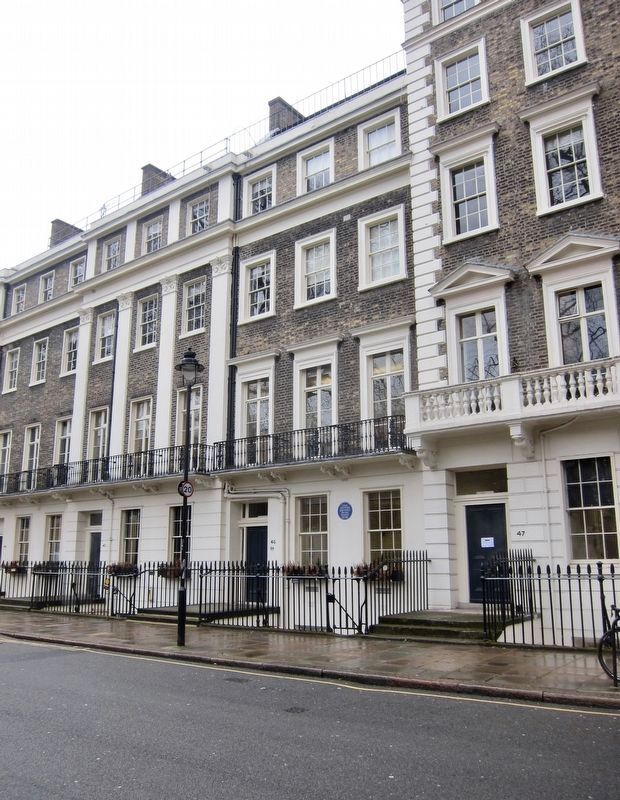 Also see . . .
1. John Maynard Keynes (English Heritage). "Arguably the most influential economist since Adam Smith, John Maynard Keynes is remembered for the system of deficit finance that bears his name – Keynesianism – as described in his best-known book, The General Theory of Employment, Interest and Money (1936). While living at 46 Gordon Square he was a prominent member of the Bloomsbury Group....Keynes took over the lease of number 46 in 1918, and remained at the house until his death. Clive Bell kept a pied-à-terre here until 1924, and their periods of cohabitation were occasionally fractious: one unedifying dispute about an uncomfortable bed ended with Bell suggesting – in unvarnished language – that Keynes ought to take it because he was the less sexually active....Keynes worked for the Treasury during the early part of his time at Gordon Square before becoming, in 1924, Bursar of King’s College, Cambridge. His wife, the ballet dancer Lydia Vasilievna Lopokova (1892–1981), remained at the address until 1948, and the plaque was 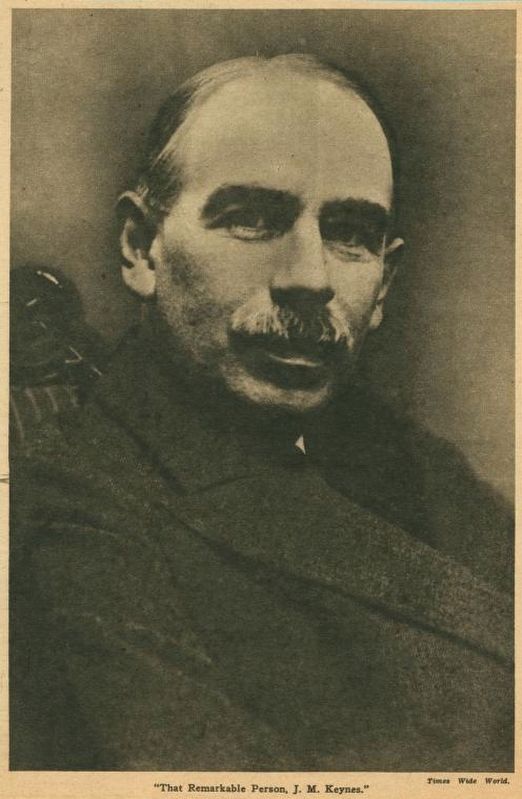 2. John Maynard Keynes (Wikipedia). "John Maynard Keynes, 1st Baron Keynes[2] CB FBA (5 June 1883 – 21 April 1946), was a British economist whose ideas fundamentally changed the theory and practice of macroeconomics and the economic policies of governments. He built on and greatly refined earlier work on the causes of business cycles, and was one of the most influential economists of the 20th century and the founder of modern macroeconomics theory. His ideas are the basis for the school of thought known as Keynesian economics, and its various offshoots." (Submitted on April 24, 2018.)