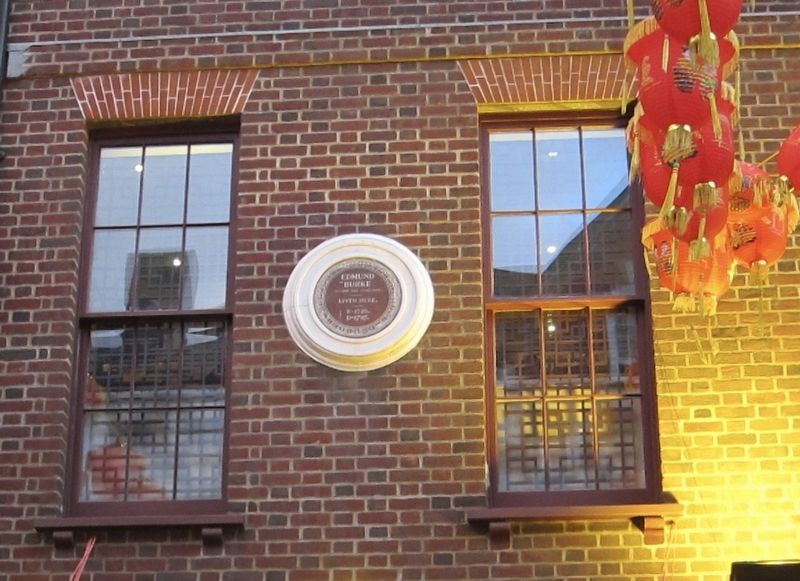 Erected 1876 by Royal Society of the Arts.

Topics. This historical marker is listed in these topic lists: Arts, Letters, Music • Government & Politics. A significant historical year for this entry is 1729. 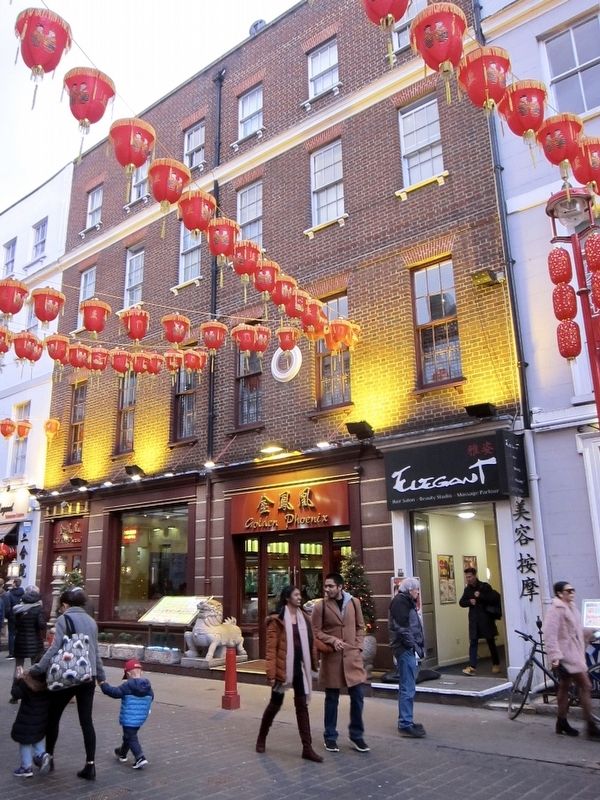 Also see . . .  Edmund Burke (Wikipedia). "Edmund Burke (12 January [NS] 1730 – 9 July 1797) was an Irish statesman born in Dublin, as well as an author, orator, political theorist and philosopher, who after moving to London in 1750 served as a member of parliament (MP) between 1766 and 1794 in the House of Commons with the Whig Party....Burke was a proponent of underpinning virtues with manners in society and of the importance of religion in moral life. These views were expressed in his A Vindication of Natural Society. Burke criticized British treatment of the American colonies, including through its taxation policies. He also supported the rights of the colonists to resist metropolitan authority, though he opposed the attempt to achieve independence. Burke is remembered for his support for Catholic emancipation, the impeachment of Warren Hastings from the East India Company and for his staunch opposition to the French Revolution. In his Reflections on the Revolution in France, Burke claimed that the revolution was destroying the fabric of good society, traditional institutions of state and society and condemned the persecution of the Catholic Church that resulted from it. This led to his becoming the leading figure within the conservative faction of the Whig Party, which he dubbed the "Old Whigs", as opposed to the pro-French Revolution "New Whigs", led by Charles James Fox....In the nineteenth century, Burke was praised by both conservatives and liberals. Subsequently, in the twentieth century he became widely regarded as the philosophical founder of modern conservatism." (Submitted on April 24, 2018.)

Editor’s want-list for this marker. Better photo of the plaque • Can you help?
Share this page.