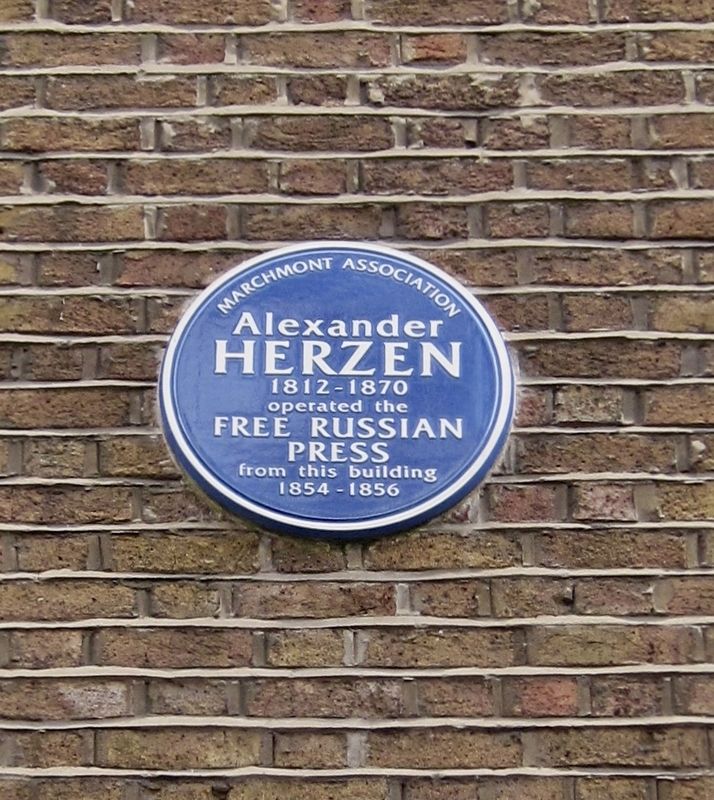 By Andrew Ruppenstein, March 16, 2018
1. Alexander Herzen Marker
Inscription.
Alexander Herzen. .
Alexander HERZEN 1812-1870 operated the Free Russian Press from this building 1854-1856 . . This historical marker was erected in 2013 by Marchmont Association. It is in London Borough of Camden in Greater London County England United Kingdom

Topics and series. This historical marker is listed in these topic lists: Arts, Letters, Music • Communications • Government & Politics. In addition, it is included in the England - London - Marchmont Association Plaques series list. 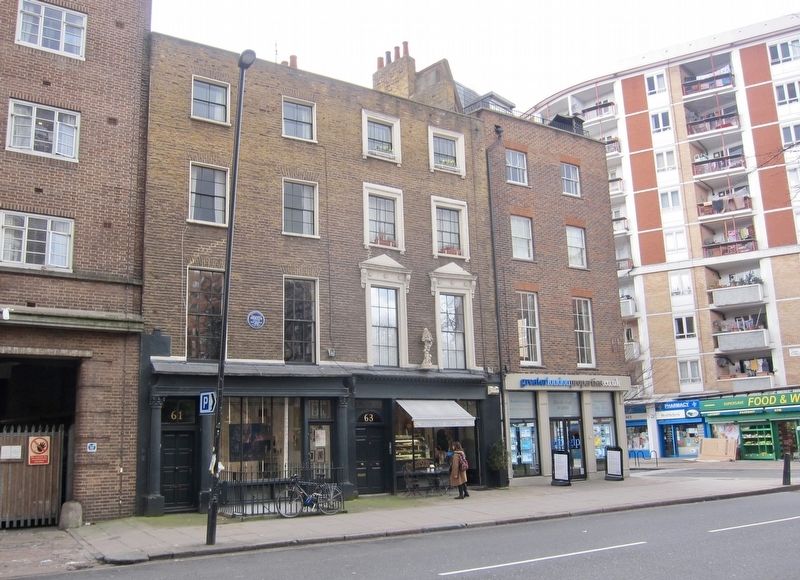 More about this marker. The Marchmont Association website indicates that this marker was dedicated on June 26, 2013 by Dr. Sarah J. Young.

Also see . . .
1. Alexander Herzen (Wikipedia). " Aleksandr Ivanovich Herzen (Russian: Алекса́ндр Ива́нович Ге́рцен; April 6 [O.S. 25 March] 1812 – January 21 [O.S. 9 January] 1870) was a Russian writer and thinker known as the "father of Russian socialism" and one of the main fathers of agrarian populism (being an ideological ancestor of the Narodniki, Socialist-Revolutionaries, Trudoviks and the agrarian American Populist Party). With his writings, many composed while exiled in London, he attempted to influence the situation in Russia, contributing to a political climate that led to the emancipation of the serfs in 1861. He published the important social novel Who is to Blame? (1845–46). His autobiography, My Past and Thoughts (written 1852–1870), is often considered the best specimen of that 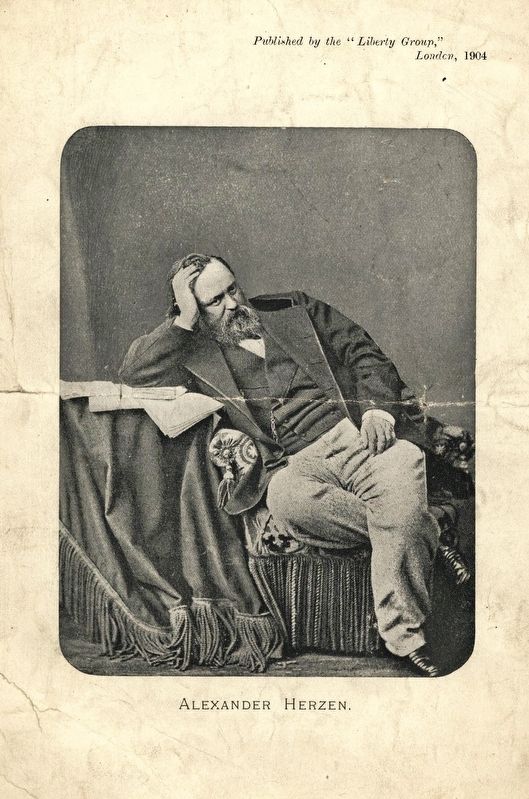 Published by the Liberty Group (courtesy of the Special Collections Library, Univ. of Michigan), circa 1904
3. Alexander Herzen
genre in Russian literature." (Submitted on April 24, 2018.)