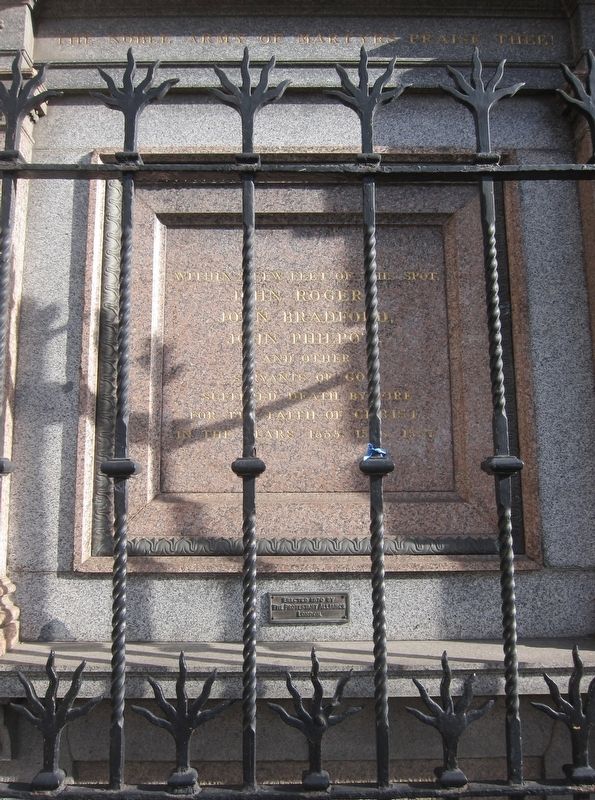 By Andrew Ruppenstein, March 20, 2018
1. Marian Martyrs Marker
Inscription.
Marian Martyrs. The Noble Army of Martyrs Praise Thee!. . Within a few feet of this spot, . John Rogers, . John Bradford, . John Philpot, . and other servants of God, . suffered death by fire . for the faith of Christ, . in the years 1555, 1556, 1557. . . This historical marker was erected in 1870 by Protestant Alliance London. It is in City of London England United Kingdom

Within a few feet of this spot,
John Rogers,
John Bradford,
John Philpot,
and other servants of God,
suffered death by fire
for the faith of Christ,
in the years 1555, 1556, 1557. 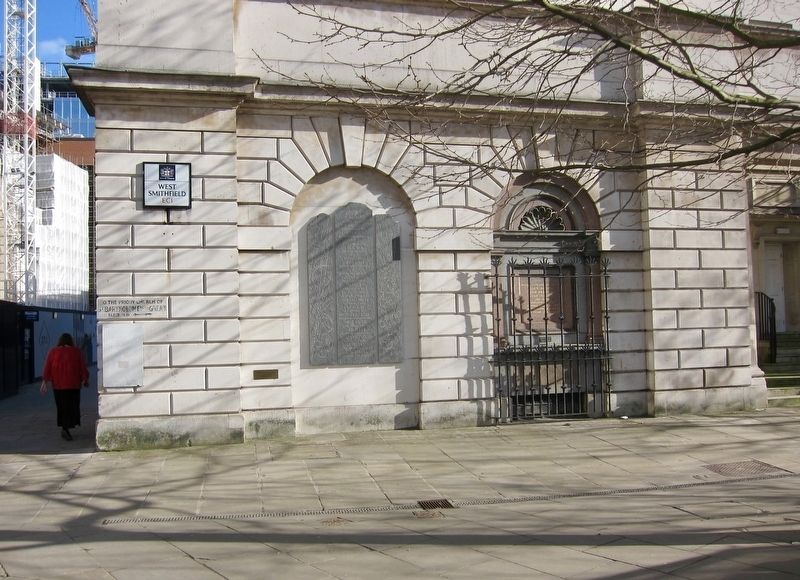 Also see . . .
1. Marian persecutions (Wikipedia for Schools). "The Marian Persecutions were carried out against Protestant religious reformers for their faith during the reign of Mary I of England (1553–1558). The excesses of this period were recorded in Foxe's Book of Martyrs....Protestants in England and Wales were executed under anti-Protestant legislation that punished anyone judged guilty of heresy against the Roman Catholic faith. Although the standard penalty for those convicted of treason in England at the time was execution by being hanged, drawn and quartered, this legislation adopted the punishment of burning the condemned. At least 300 people were martyred in just five years. For purposes of comparison, the Holy See has recognized over 300 Roman Catholic martyrs executed by British civil authorities in connection with the English Reformation in England over a period of 146 years." (Submitted on April 24, 2018.) 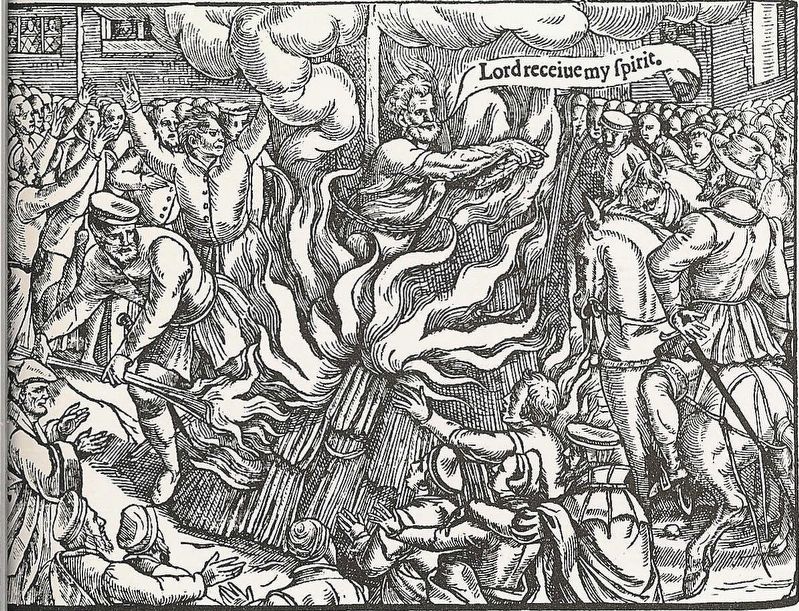 By John Foxe's Book of Martyrs (via Wikimedia Commons), 1563
3. John Rogers, the first victim (4 February 1555) of the Marian persecutions in England.
"John Rogers (c. 1505 – 4 February 1555) was an English clergyman, Bible translator and commentator. He guided the development of the Matthew Bible in vernacular English during the reign of Henry VIII and was the first English Protestant martyr under Mary I of England who was determined to restore Roman Catholicism." (Submitted on April 24, 2018.)