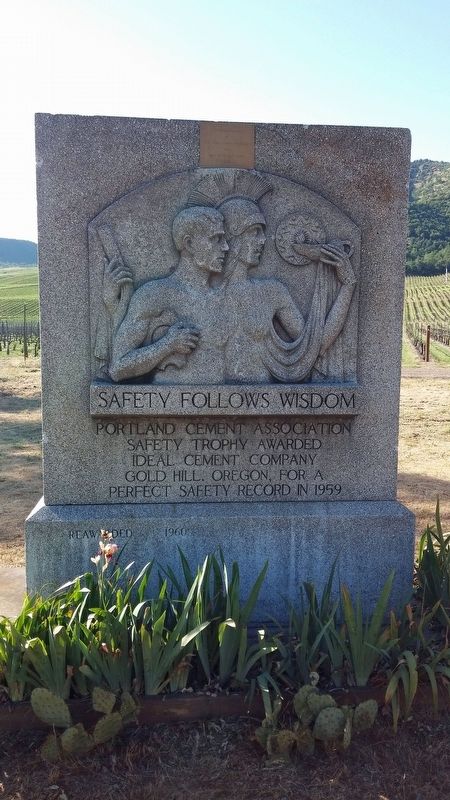 Topics and series. This historical marker is listed in this topic list: Industry & Commerce. In addition, it is included in the "Safety Follows Wisdom" Portland Cement Association Safety Trophies series list. A significant historical year for this entry is 1931. 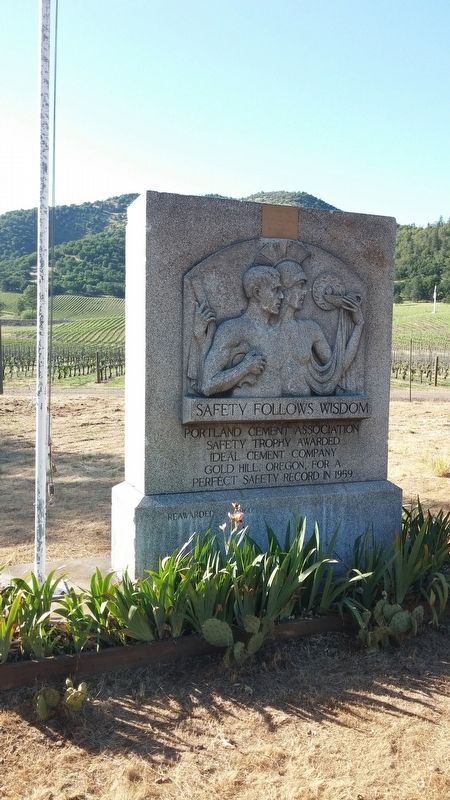 Click or scan to see
this page online
named The Salmon Ceremony at Ti'lomikh Falls (approx. 2.3 miles away); Dardanelles (approx. 2.4 miles away); Valley of the Rogue Applegate Trail Kiosk (approx. 2.7 miles away). Touch for a list and map of all markers in Gold Hill.

More about this marker. Marker is located in Rock Point Cemetery.

Regarding Safety Follows Wisdom. The Beaver Portland Cement Company began operations of their Gold Hill cement plant in 1914 and was the largest single industrial enterprise in Southern Oregon at the time. The plant later became the Ideal Cement Company. The plant operated until 1968. A power plant was later built on the Rogue River a short distance upstream from Gold Hill. The plant supplied power for the cement company, as well as providing electricity to light city streets. The deserted cement company power plant building can be seen along the walking trail behind the Gold Hill Sports Park.

The Marble Mountain Quarry site, located in the mountains south of Wilderville and west of Grants Pass, has been owned and operated as a limestone and calcite quarry since approximately 1917. Beaver Portland / Ideal Cement Company removed over 3.6 million tons of limestone, most of which was used in the Gold Hill Cement Plant from the early part of this century until 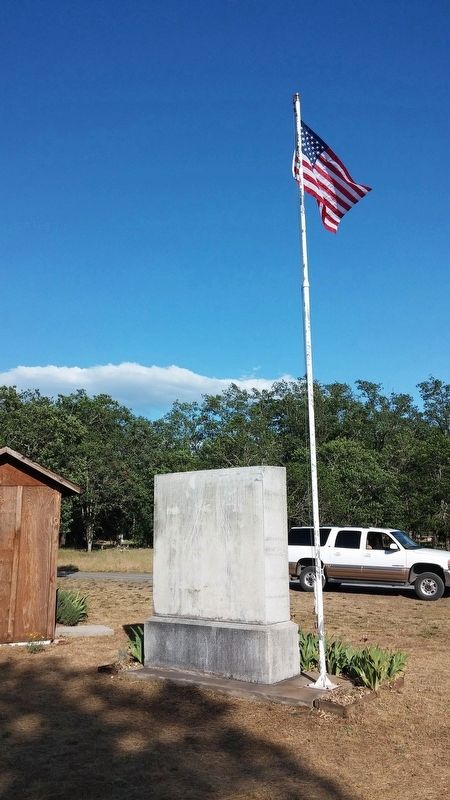 Photographed By Douglass Halvorsen, May 17, 2014
3. Safety Follows Wisdom Marker
1967, when the cement plant was closed. Successor owners have removed incidental amounts of limestone over the years.

I am assuming the cement company no longer exists and haven't been able to confirm this yet. 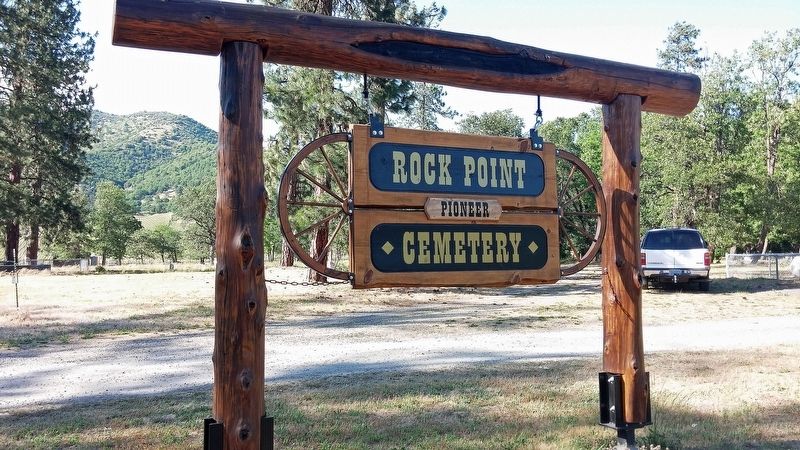