Site of Capitol of the Republic of Texas 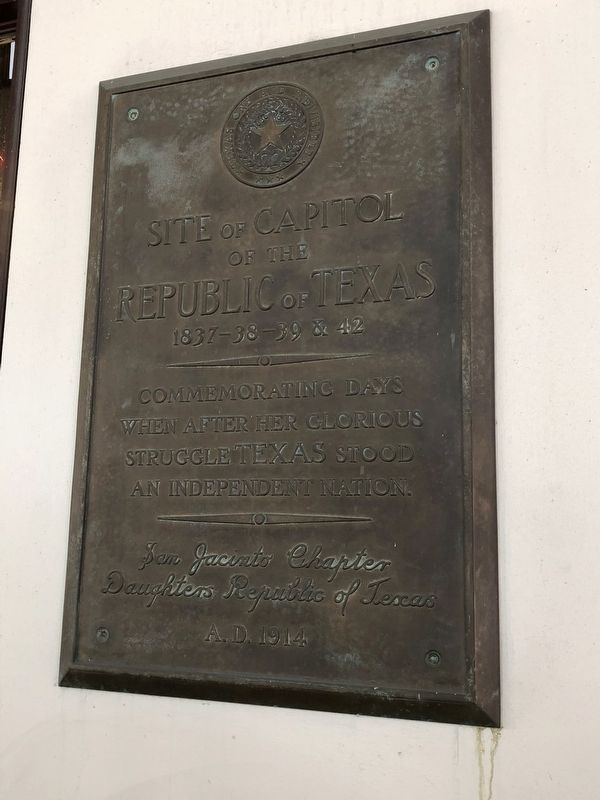 Commemorating days when after her glorious struggle Texas stood an independent nation.

Location. 29° 45.62′ N, 95° 21.774′ W. Marker is in Houston, Texas, in Harris County. Marker is on Texas Avenue, on the left when traveling east. Marker is located on the front of the Rice Hotel building, to the left of the main entrance. Touch for map. Marker is at or near this postal address: 909 Texas Avenue, Houston TX 77002, United States of America. Touch for directions. 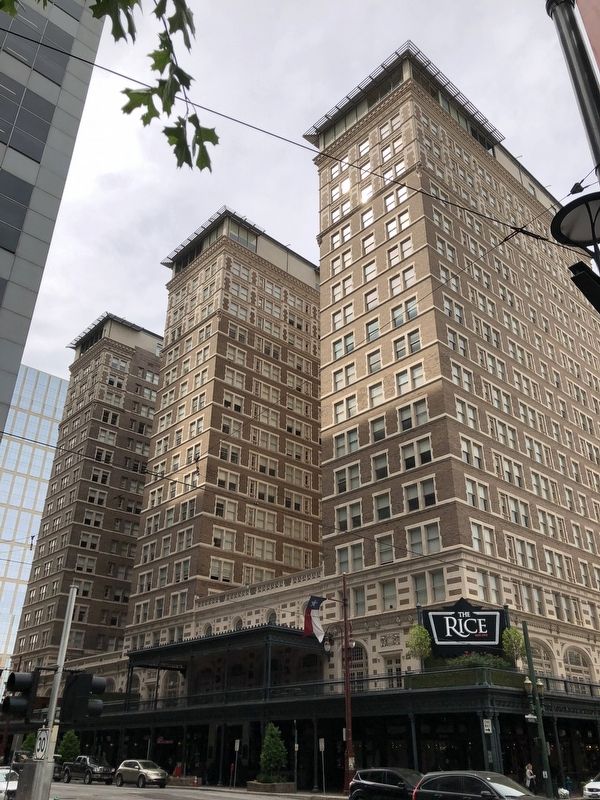