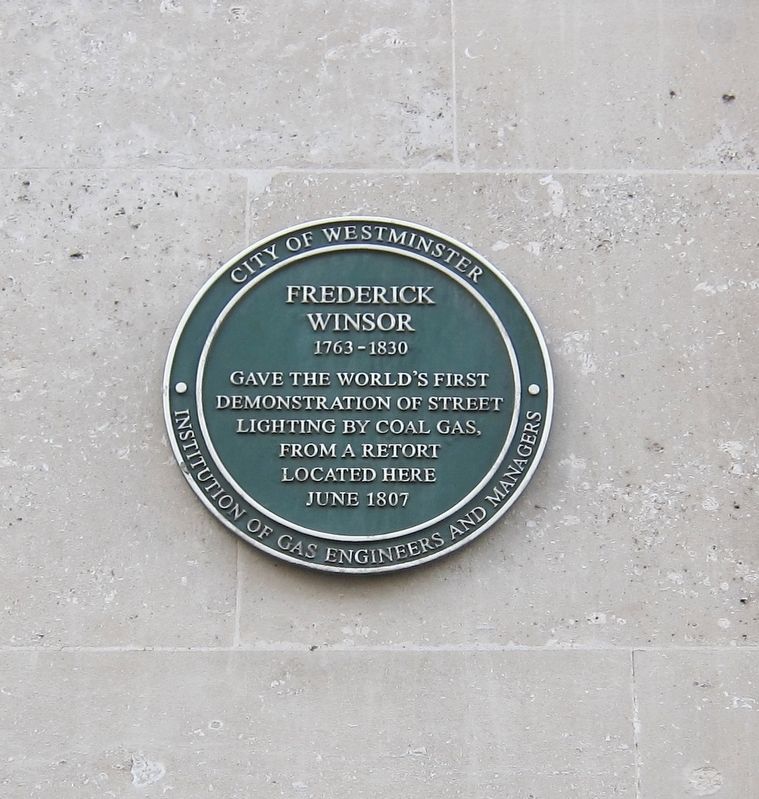 By Andrew Ruppenstein, March 15, 2018
1. Frederick Winsor Marker
Inscription.
Frederick Winsor.
Gave the world's first demonstration of street lighting by coal gas, from a retort located here June 1807 . . This historical marker was erected by City of Westminster, Institution of Gas Engineers and Managers. It is in City of Westminster in Greater London County England United Kingdom

Erected by City of Westminster, Institution of Gas Engineers and Managers. 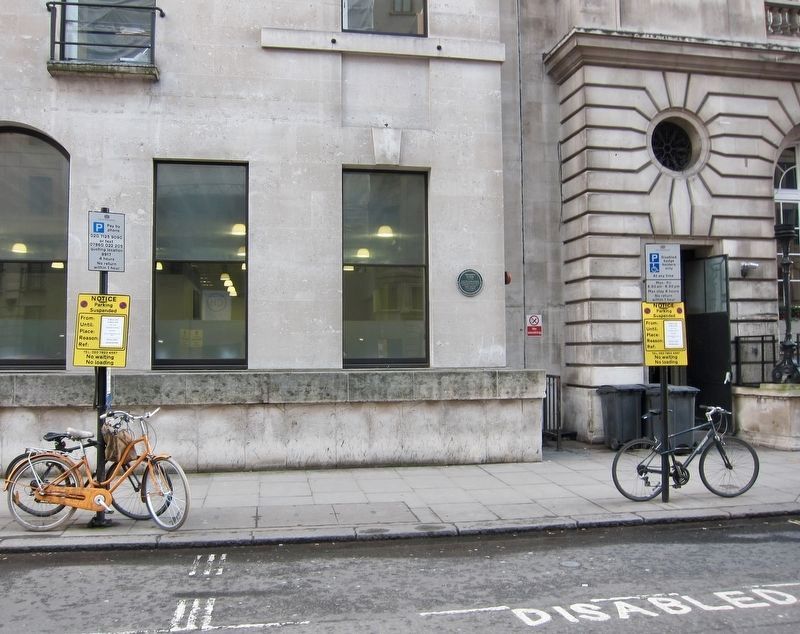 Also see . . .
1. Frederick Albert Winsor (Wikipedia). "Frederick Albert Winsor, originally Friedrich Albrecht Winzer (1763 in Braunschweig, Principality of Brunswick-Wolfenbüttel – 11 May 1830 in Paris) was a German inventor, one of the pioneers of gas lighting in the UK and France....Winsor went to Britain before 1799 and became interested in the technology and economics of fuels. In 1802 he went to Paris to investigate the 'thermo-lamp' which French engineer Philippe Lebon had patented in 1799. Returning to Britain, he started a gasworks and in 1807 lit one side of Pall Mall, London, with gas lamps. In 1804-09 he was granted various patents for gas furnaces and purifiers. His application to Parliament for a charter for the Gas Light and Coke Company having failed, Winsor once more moved to France, but in Paris his company made little progress and was liquidated in 1819...." (Submitted on April 25, 2018.)

2. Early days (National Gas Museum). "In 1807, he demonstrated the use of gas to light streets, in London’s Pall Mall and in 1812 he obtained a Royal Charter to build the world’s first public gas works, which opened in Westminster in 1813. Gas lighting proved so popular that, within 15 years, almost every large town in Britain, as well as major cities in Europe, North America and beyond, had a gas works. The Company which Winsor founded, the Gas Light and Coke Company, continued to supply most of London’s gas until the industry was nationalised in 1949." (Submitted on April 25, 2018.)