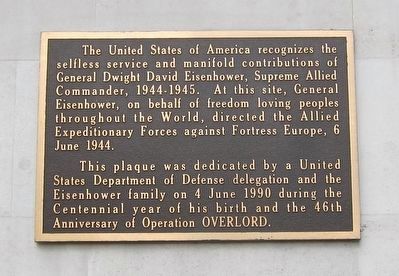 The United States of America recognizes the selfless service and manifold contributions of General Dwight David Eisenhower, Supreme Allied Commander, 1944-1945. At this site, General Eisenhower, on behalf of freedom loving peoples throughout the World, directed the Allied Expeditionary Forces against Fortress Europe, 6 June 1944.

This plaque was dedicated by a United States Department of Defense delegation and the Eisenhower family on 4 June 1990 during the Centennial year of his birth and the 46th Anniversary of Operation OVERLORD.

Topics and series. This memorial is listed in this topic list: War, World II. In addition, it is included in the Former U.S. Presidents: #34 Dwight D. Eisenhower series list.

Location. 51° 30.43′ N, 0° 8.043′ W. Marker is in City of Westminster, England, in Greater London County. Memorial is on St James's Square just north of Pall Mall, on the left when traveling south. Touch for map. Marker is at or near this postal address: 31 St James's Square, City of Westminster, England SW1Y 4JR, United Kingdom. Touch for directions.

Other nearby markers. At least 8 other markers are within walking distance of this marker. Norfolk House (a few steps from this marker); Frederick Winsor (about 90 meters away, measured in a direct line); Brigade of Guards 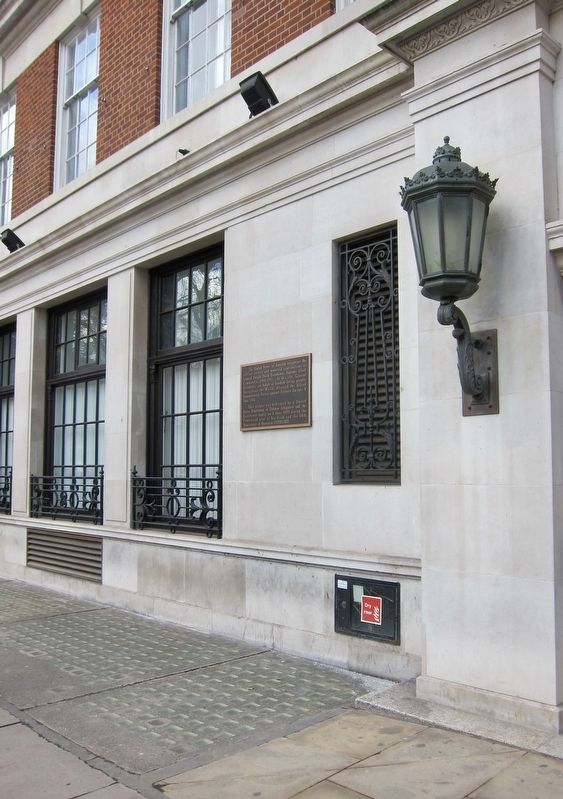 Also see . . .  Dwight D. Eisenhower (Wikipedia). "Dwight David "Ike" Eisenhower (October 14, 1890 – March 28, 1969) was an American army general and statesman who served as the 34th President of the United States from 1953 to 1961. During World War II, he was a five-star general in the United States Army and served as Supreme Commander of the Allied Expeditionary Forces in Europe. He was responsible for planning and supervising the invasion of North Africa in Operation Torch in 1942–43 and the successful invasion of France and Germany in 1944–45 from the Western Front...." (Submitted on April 25, 2018.) 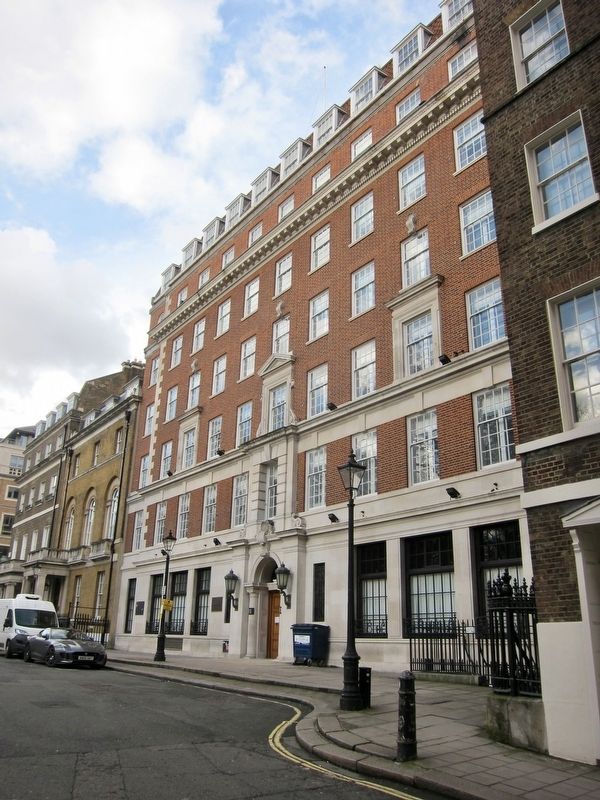 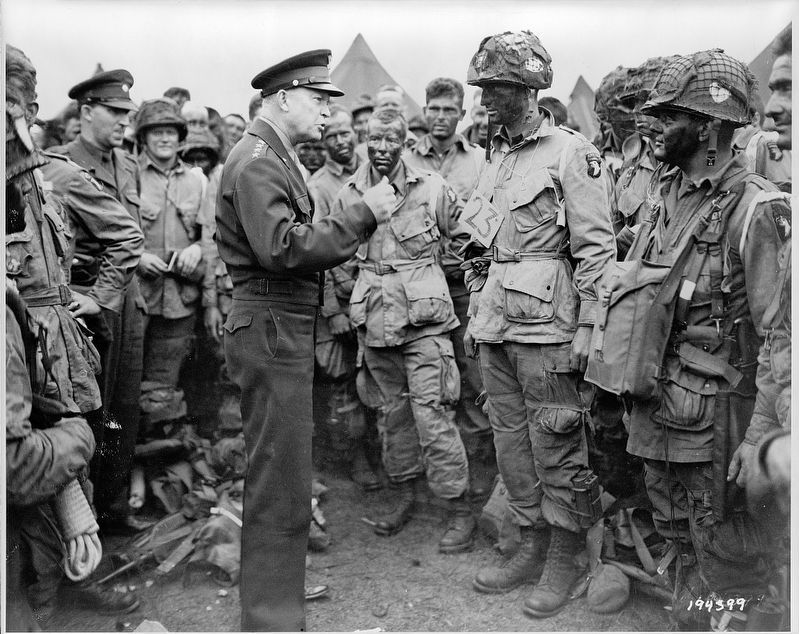 "Photo shows General Eisenhower talking with American paratroopers on the evening of June 5, 1944, as they prepared for the Battle of Normandy. The men are part of Company E, 502nd Parachute Infantry Regiment, at the 101st Airborne Division's camp in Greenham Common, England. Photo includes Sgt. Fred Lindsey holding a sketchbook, behind and to the left of Eisenhower's back... Russell Wilmarth, behind Eisenhower's chin;... Lt. Wallace C. Strobel with a "23" tag; ...Ralph "Bud" Thomas, to the left of Strobel;... and probably Corporal Donald E. Kruger, in front row, far right, wearing a musette bag on his chest..." - LOC