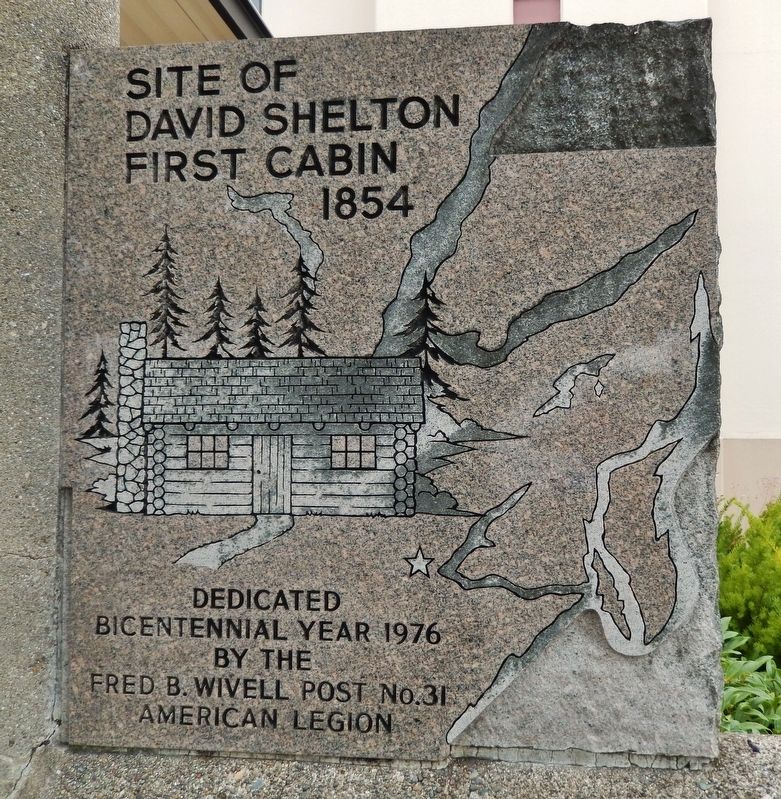 Dedicated
Bicentennial Year 1976
by the
Fred B. Wivell Post No.31
American Legion

Location. 47° 12.832′ N, 123° 6.044′ W. Marker is in Shelton, Washington, in Mason County. Marker is on West Franklin Street west of North 1st Street, on the right when traveling west. Marker is a large, engraved stone tablet, mounted at eye-level on a tall sign pole & stand, beside the Central Mason Fire Station main front entrance. Touch for map. Marker is at or near this postal address: 122 West Franklin Street, Shelton WA 98584, United States of America. Touch for directions. 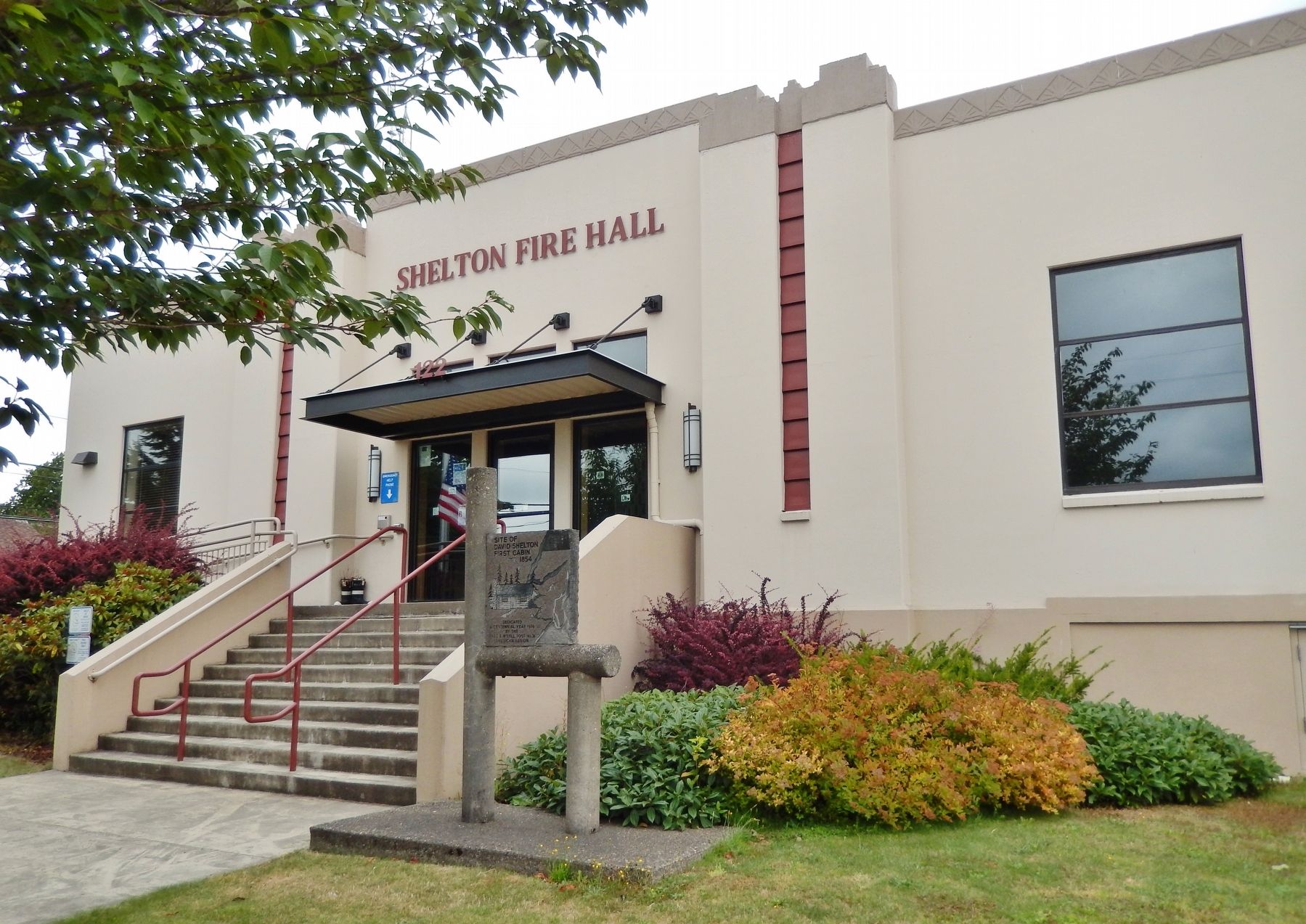 Also see . . .
1. One of the Best Known of the Pioneers Passes Away.
(clipping from Tacoma Daily News, February 16, 1897, upon David Shelton's death)
In 1849 David Shelton was one of a party which went to the American River gold fields in California, and returned with a bag of dust. In the latter part of 1851 he disposed of his place and in company with B.F. Pettygrove, L. Hastings, and others they bought the small 75-ton schooner Mary Taylor, and came around to Puget Sound. He filed on 640 acres of donation for himself and wife, going to the land office then located at Oregon City. In 1852, Thurston County was organized, David Shelton being one of the first Board of County Commissioners. David Shelton was a member of the first territorial legislature, and one of his first acts was the severing of Sawamish County from Thurston, and this was afterwards changed to Mason County in honor of the first territorial secretary. (Submitted on April 26, 2018, by Cosmos Mariner of Cape Canaveral, Florida.)

2. Exploration and Settlement.
Missouri natives David Shelton (1812-1897) and Tillman Shelton chose a spot for David’s 640-acre donation land claim in the Cota Valley at the head of the inlet. A clear stream emptied into the salt water between two bluffs and offered open ground for cultivation. The Sawamish people already had a settlement there, but there was apparently enough room for Shelton and his field of rye. (Submitted on April 26, 2018, by Cosmos Mariner of Cape Canaveral, Florida.)