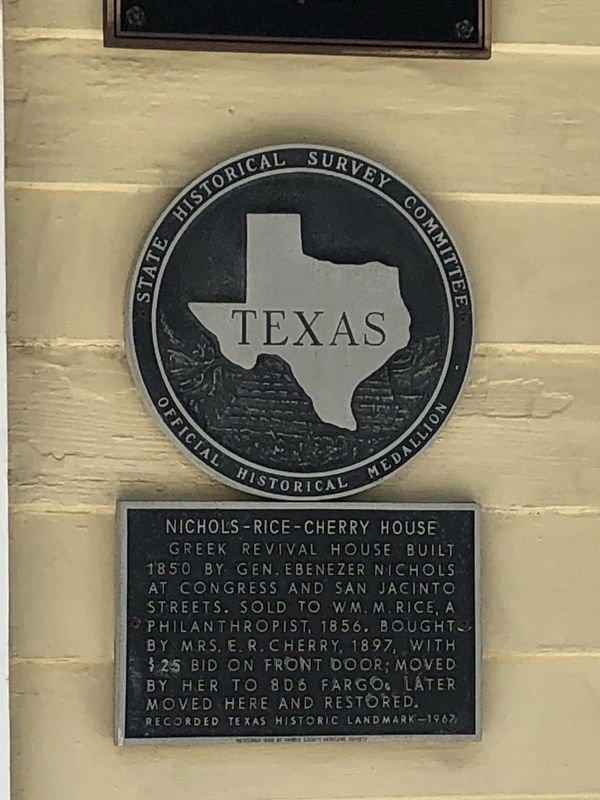 Location. 29° 45.554′ N, 95° 22.313′ W. Marker is in Houston, Texas, in Harris County. Marker can be reached from Bagby Street south of Lamar Street, on the right when traveling south. Marker is located in Sam Houston Park. The Nichols-Rice-Cherry House is located in the section of the park between Dallas Street and Lamar Street. Touch for map. Marker is at or near this postal address: 1100 Bagby Street, Houston TX 77002, United States of America. Touch for directions.

Other nearby markers. At least 8 other markers are within walking distance of this marker. Alexander Hodge (within shouting distance 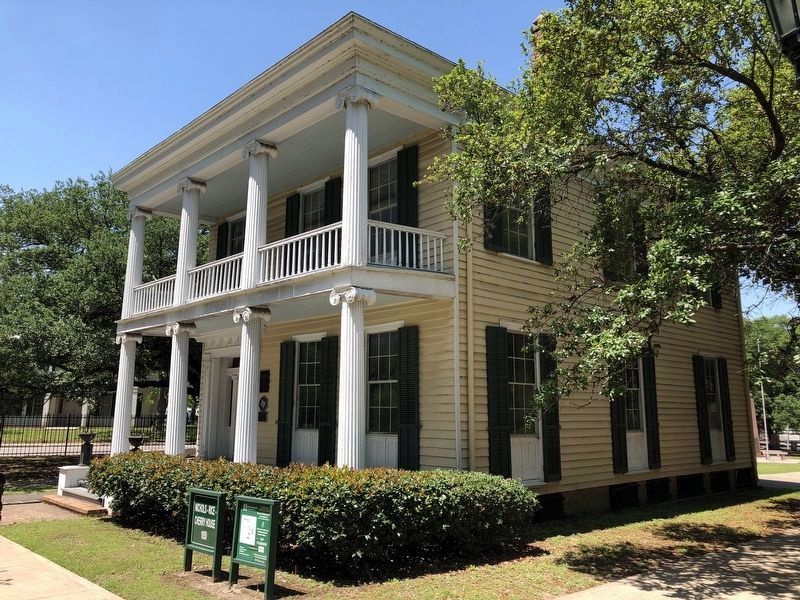