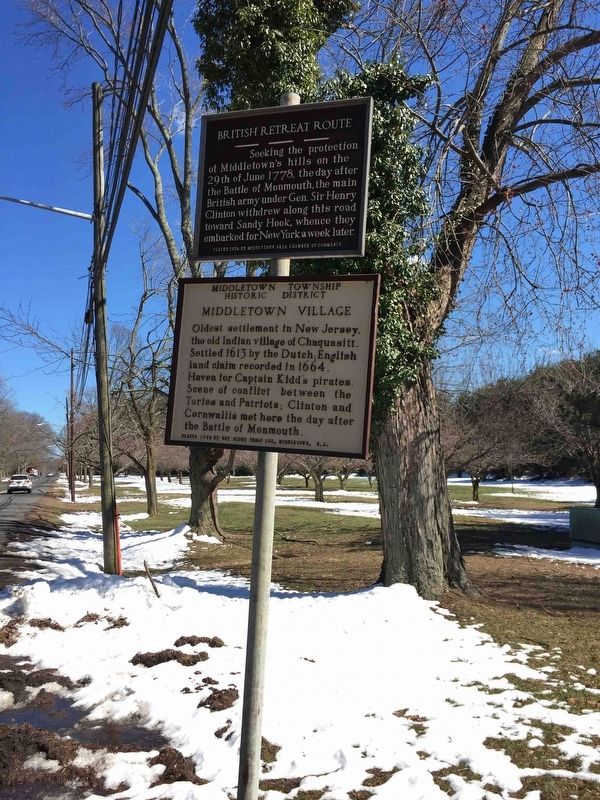 Oldest settlement in New Jersey, the old Indian village of Chaquasitt. Settled 1613 by the Dutch; English land claim recorded in 1664. Haven for Captain Kidd's pirates. Scene of conflict between the Tories and Patriots; Clinton and Cornwallis met here the day after the Battle of Monmouth.

Regarding Middletown Village. Location of the town's first permanent English settlement and among the oldest settlements in New Jersey. Associated with the Monmouth Tract, or Patent, of 1665, which was formed after the Dutch ceded New Netherlands to British control. Listed on the New Jersey and National Registers of Historic Places and is one of 5 historic districts in Middletown, NJ. Contains examples of 17th, 18th, and 19th century structures.