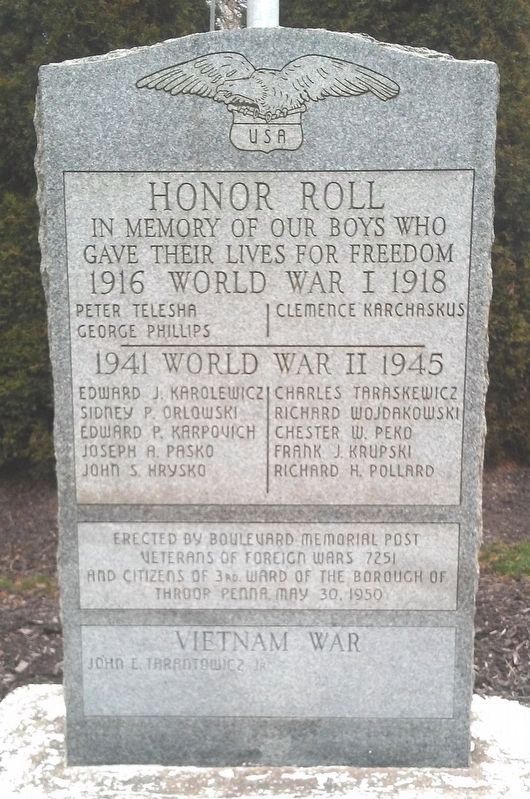 Erected... May 30, 1950. . This memorial was erected in 1950 by Boulevard Memorial Veterans of Foreign Wars Post 7251 and 3rd Ward Citizens of Throop Borough. It is in Throop in Lackawanna County Pennsylvania 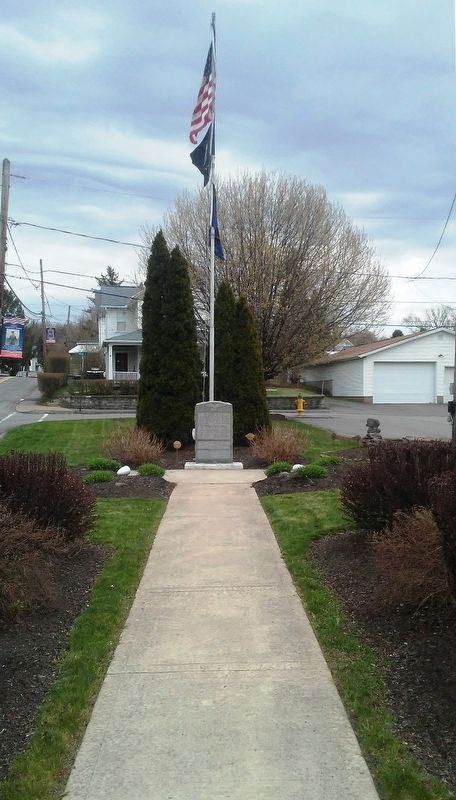 Click or scan to see
this page online
41° 27.008′ N, 75° 37.823′ W. Marker is in Throop, Pennsylvania, in Lackawanna County. Memorial is at the intersection of Boulevard Avenue and Rebecca Street, on the left when traveling south on Boulevard Avenue. Touch for map. Marker is in this post office area: Scranton PA 18512, United States of America. Touch for directions.