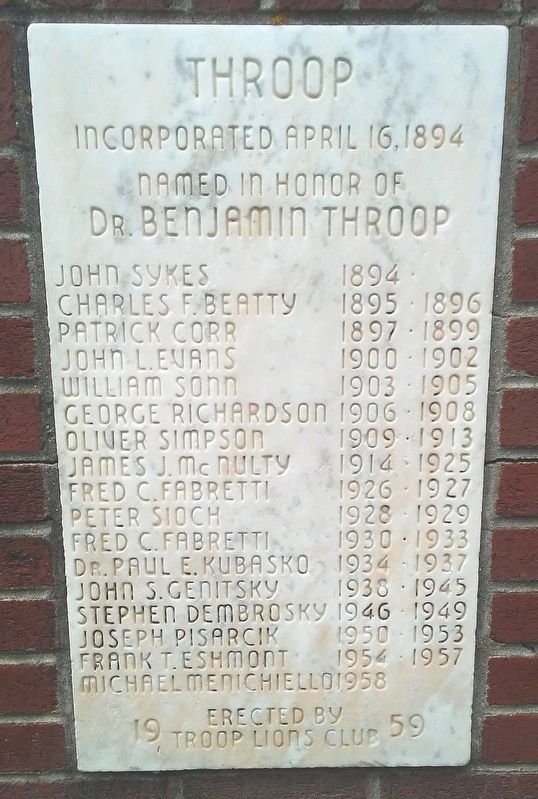 Topics. This historical marker is listed in these topic lists: Government & Politics • Science & Medicine • Settlements & Settlers. A significant historical year for this entry is 1894. 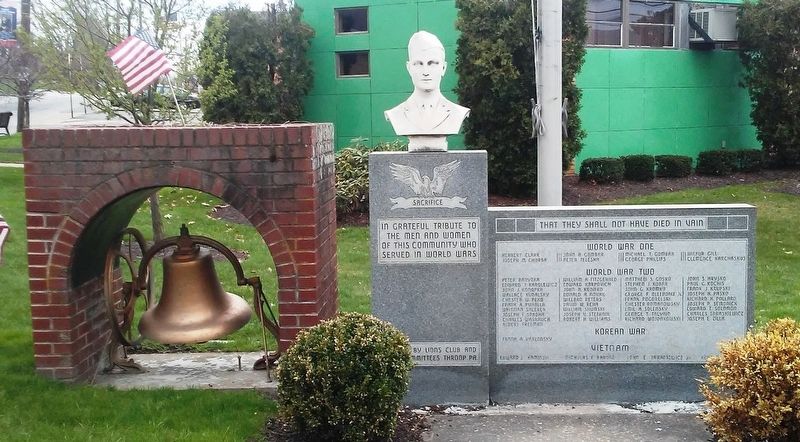 By William Fischer, Jr., April 30, 2018
2. Throop Marker
In outside brick wall of bell monument to left of War Memorial 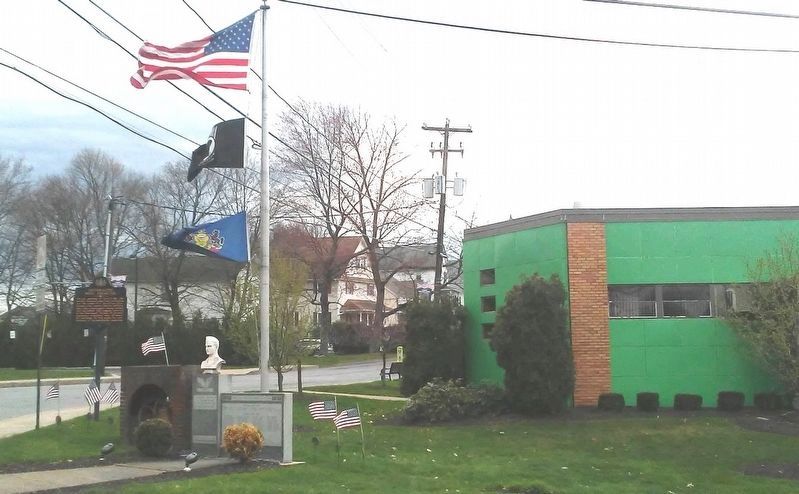