The History of the Yard of Ale Bell 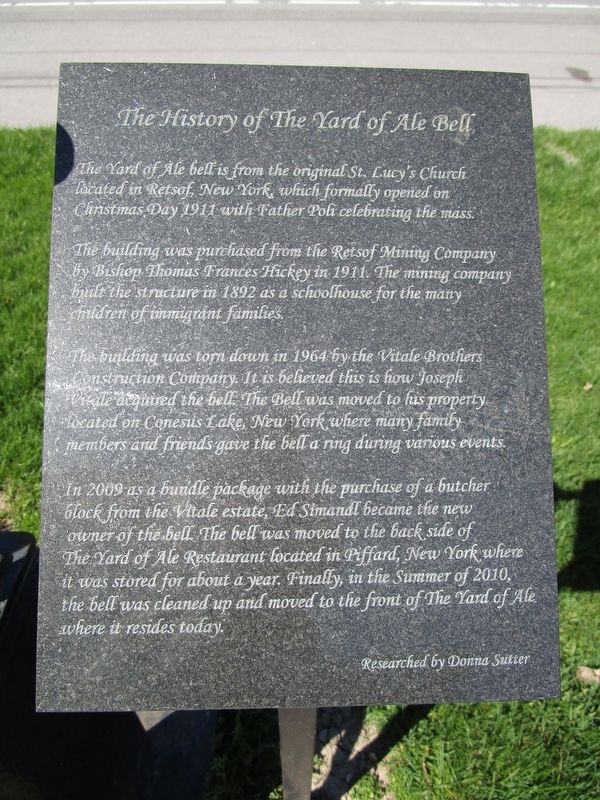 The History of the Yard of Ale Bell

The Yard of Ale bell is from the original St. Lucy's Church located in Retsof, New York, which formally opened on Christmas Day 1911 with Father Poli celebrating the mass.

The building was purchased from the Retsof Mining Company by Bishop Thomas Frances Hickey in 1911. The mining company built the structure in 1892 as a schoolhouse for the many children of immigrant families.

The building was torn down in 1964 by the Vitale Brothers Construction Company. It is believed this is how Joseph Vitale acquired the bell. The Bell was moved to his property located in Conesus Lake, New York, where many family members and friends gave the bell a ring during various events.

In 2009 as a bundle package with the purchase of a butcher block from the Vitale estate, Ed Simandl became the new owner of the bell. The bell was moved to the back side of The Yard of Ale Restaurant located in Pifford, New York where it was stored for about a year. Finally, in the summer of 2010, the bell was cleaned up and moved to the front of the Yard of Ale where it resides today. Researched by Donna Sutter. 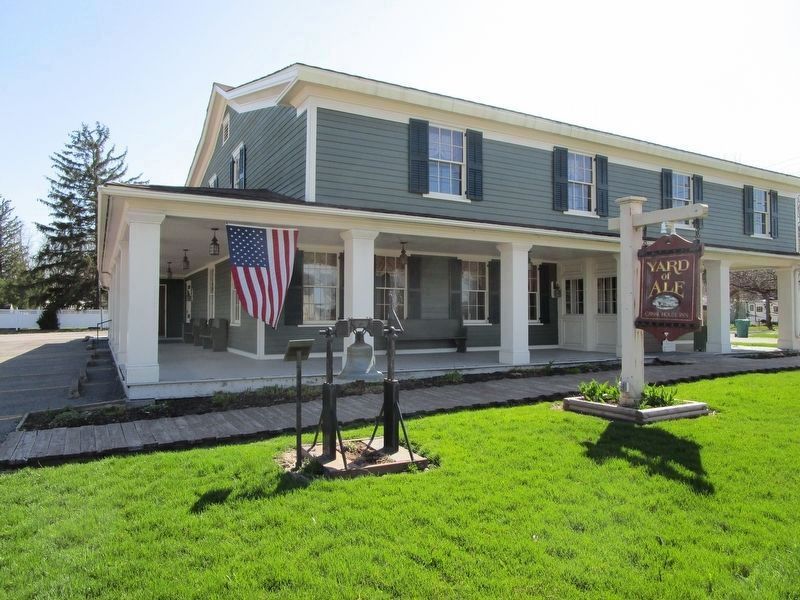 
Topics and series. This historical marker is listed in these topic lists: Churches & Religion • Education. In addition, it is included in the Historic Bells series list. A significant historical year for this entry is 1911.

Location. 42° 49.69′ N, 77° 51.083′ W. Marker is in York, New York, in Livingston County. Marker can be reached from the intersection of Genesee Street (New York State Route 63) and Piffard Circle. Marker is in the hamlet of Piffard along the front entrance to the Yard of Ale restaurant. Touch for map. Marker is at or near this postal address: 3226 Genesee Street, York NY 14592, United States of America. Touch for directions.