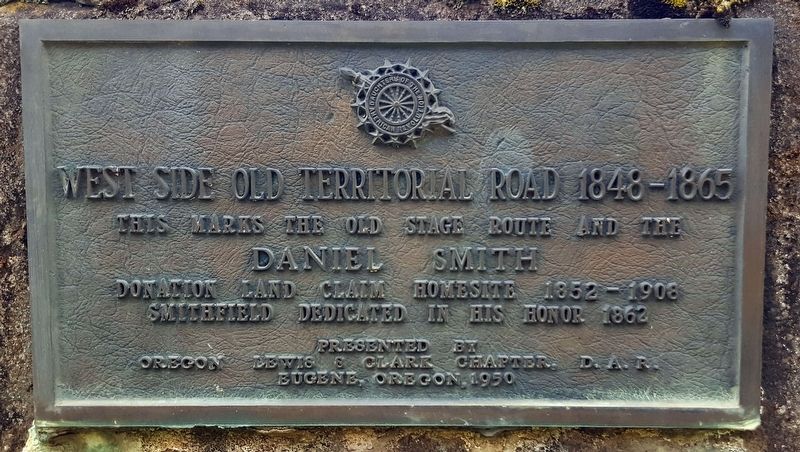 By Douglass Halvorsen, April 20, 2018
1. West Side Old Territorial Road 1848-1865 Marker
Inscription.
West Side Old Territorial Road.
This marks the Old Stage Route and the Daniel Smith Donation Land Claim Homesite 1852 – 1908 Smithfield Dedicated in His Honor 1862. . This historical marker was erected in 1950 by Oregon Lewis & Clark Chapter, D.A.R.. It is in Junction City in Lane County Oregon

Topics and series. This historical marker is listed in these topic lists: Roads & Vehicles • Settlements & Settlers. In addition, it is included in the Daughters of the American Revolution series list. 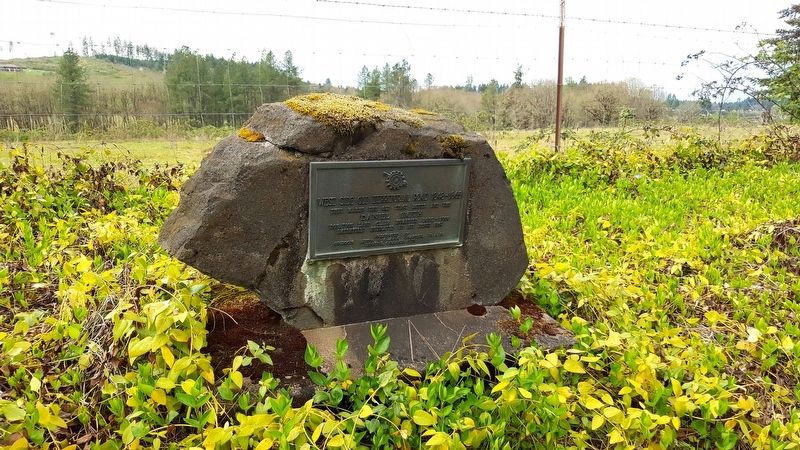 Regarding West Side Old Territorial Road. An excellent article by the Benton County Museum from 1980 highlights the history of the Willamette Valley and the Territorial Roads:

“...The old Hudson’s Bay Company pack trail, called “the old California Trail” on early maps, ran south from the Marys River staying on the west side of the meandering swamp known as the Long Tom. Passing present Monroe it went almost due south through Lorane to Drain and Yoncalla in Douglas County.

This route later became - and parts of it are still known as - Territorial Road. It became a stage route between the Willamette Valley and California. The first telegraph line into the valley used this route, providing transcontinental service beginning in March 1864, when the mayors of Portland, Maine, and Portland, Oregon, exchanged greetings by wire. Cartwright's Mountain House south of Lorane, a Lane County historical site, was a stage stop and telegraph relay station 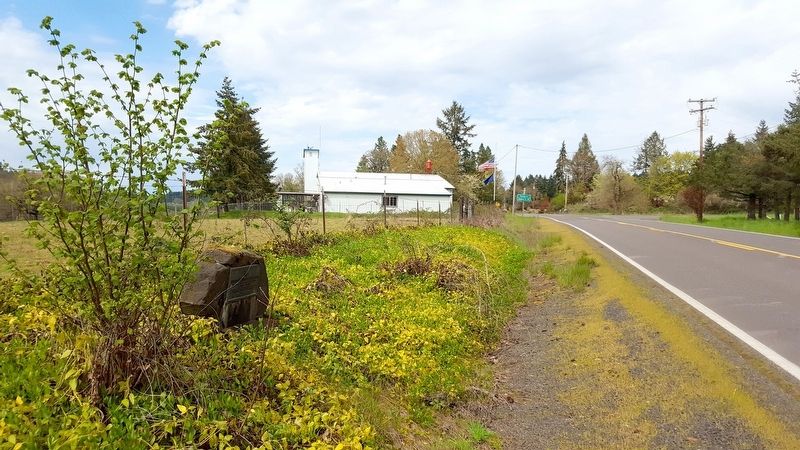 But this Territorial Road, which missed Eugene City by 12 miles, did not help much in providing communication with the rest of the valley.

Over on the east side of the valley, the old Molalla Indian trail also became a Territorial Road in 1851. It ran along the foothills of the Cascades through Silverton and Lebanon to Brownsville. It was extended south from Brownsville to cross the McKenzie at Spores Ferry and enter the Forks of the McKenzie and Springfield area. Skinner's ferry connected it with Eugene City.

Another wagon road used by some of the earliest immigrants coming into the valley from the south ran north from Skinner’s through present Santa Clara and wandered off to the northwest to cross the troublesome Long Tom near Monroe and then on north across the flat, soggy prairie to Winkle Butte and Marysville.

A branch of this road turned northeast at Lancaster to ford or ferry the Willamette near Harrisburg. In seasons when it was usable it provided connection with New Albany and Chemeketa, but much of the time it was impassable.

The Oregon State Historic Preservation Office mentions some interesting history revolved around this historical marker on their inventory datasheet from 1976: 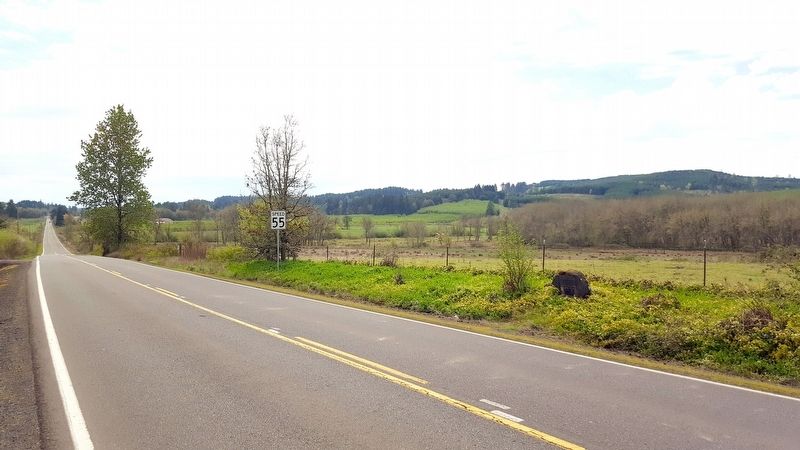 By Douglass Halvorsen, April 20, 2018
4. West Side Old Territorial Road 1848-1865 Marker
View of marker and Territorial Highway looking south
markers which were dynamited in a bitter and decades-old feud between the Smith family and others who resided in Smithfield--OR--Franklin, Oregon. On July 27, 1930 the Lewis and Clark Chapter DAR erected a marker at this site which read: “Pioneer home of Daniel Smith, 1852, for whom Smithfield was named and also the Westside Old Territorial Road, 1848-1865.” Within three years near this same site the same DAR chapter from Eugene erected this stone marker: “By the ruling of the court, this is and has been Smithfield since 1857. Dedicated Smithfield 1862 in honor of Daniel Smith, pioneer of 1852, Donor of village site.” This rather strident marker was destroyed and the earlier one vanished.

Also see . . .  Benton County Museum. 1980 article highlighting the history of Willamette Valley and the Territorial Roads. (Submitted on May 2, 2018, by Douglass Halvorsen of Klamath Falls, Oregon.) 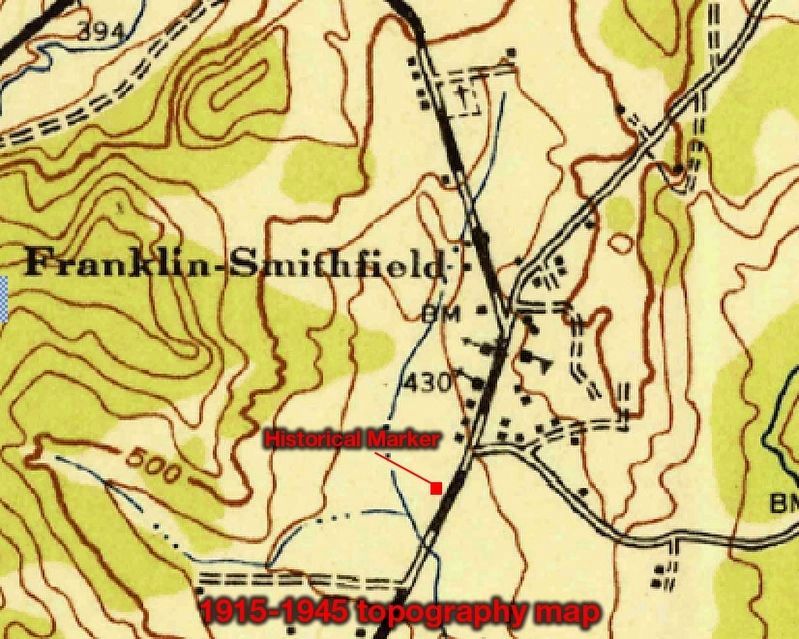