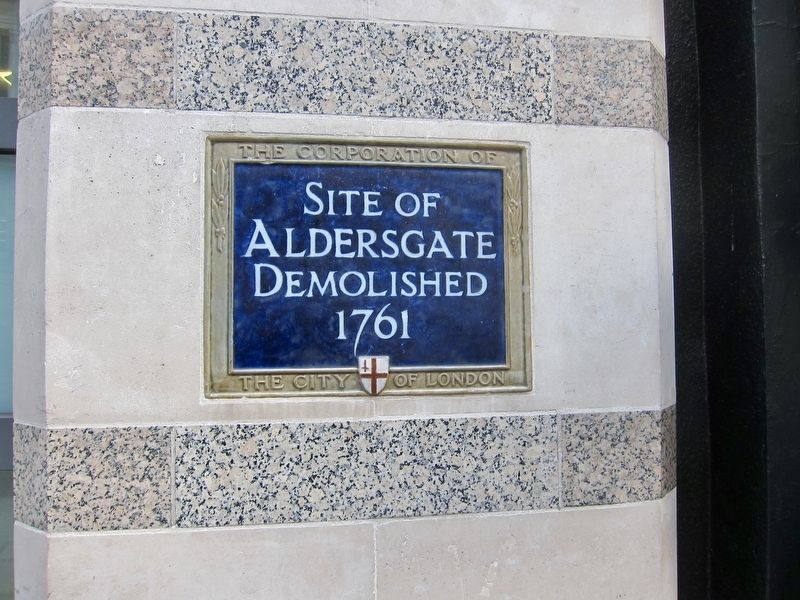 Photographed By Andrew Ruppenstein, March 20, 2018
1. Aldersgate Marker
Inscription.
Aldersgate. .
Site of Aldersgate demolished 1761. . This historical marker was erected by City of London Corporation. It is in City of London in Greater London England United Kingdom

Topics and series. This historical marker is listed in this topic list: Forts and Castles. In addition, it is included in the UK, England, City of London Corporation series list. A significant historical year for this entry is 1761. 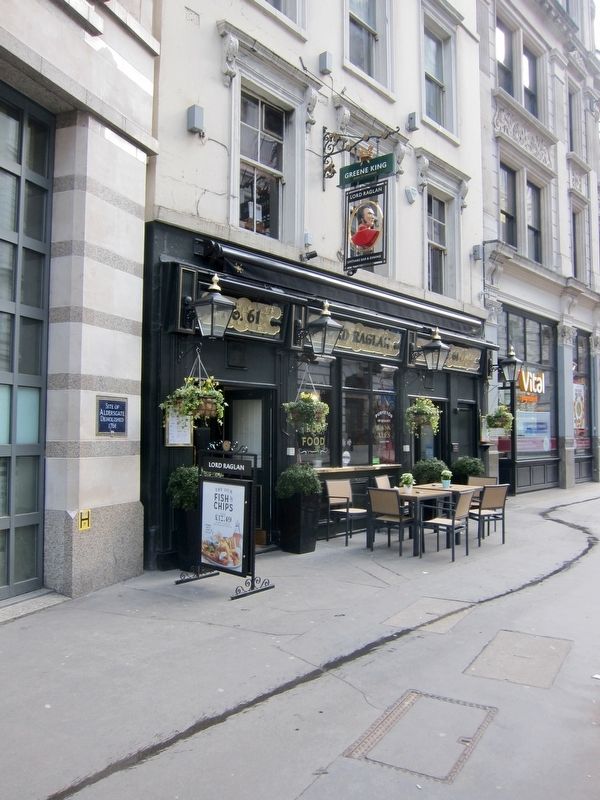 Photographed By Andrew Ruppenstein, March 20, 2018
2. Aldersgate Marker - Wide View
The marker is located on the east side of the street, just to the north of the Lord Raglan Pub.

Also see . . .  Aldersgate (Wikipedia). "Aldersgate is a Ward of the City of London, named after a gate in the ancient London Wall around the City. The gate also gave its name to Aldersgate Street, which runs north from the site of the former gate towards Clerkenwell....The name Aldersgate is first recorded around 1000 in the form Ealdredesgate, i.e. "gate associated with a man named Ealdrād". The gate, constructed by the Romans in the 2nd or 3rd centuries when London Wall was constructed, probably acquired its name in the late Saxon period....The old gate was taken down in 1617, and rebuilt in the same year from a design by Gerard Christmas. The gate was damaged in the Great Fire of London in 1666 but was repaired and remained until 1761." (Submitted on May 5, 2018.) 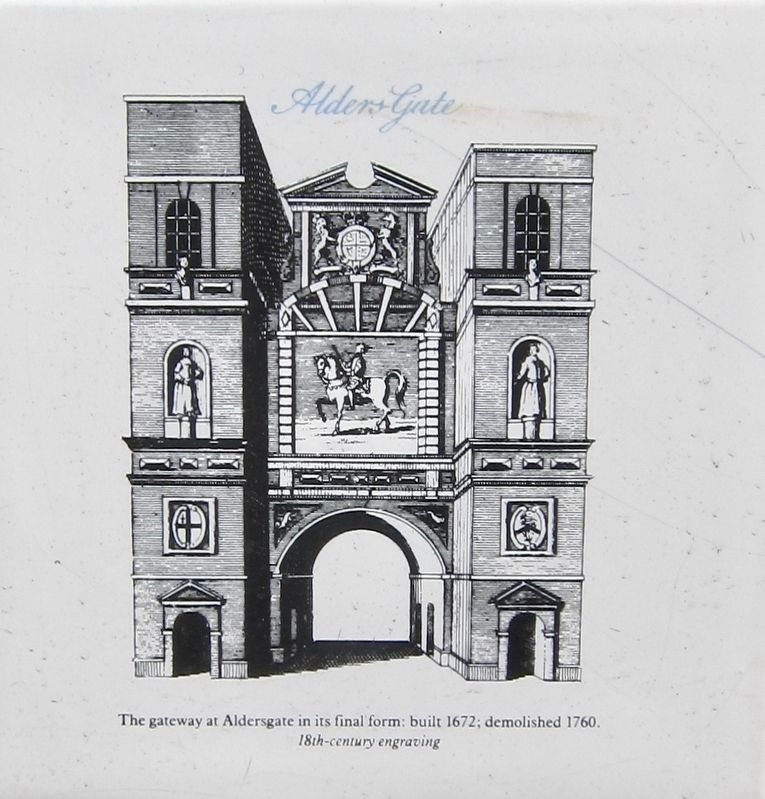 circa 1750
3. Alders Gate
This illustration of the gate is taken from the nearby historical marker The London Wall Walk - 21.

King James I first entered into London in 1603 through this gate, hence the outer front was adorned by an equestrian figure of that monarch, flanked by statues of the prophets Samuel and Jeremiah.