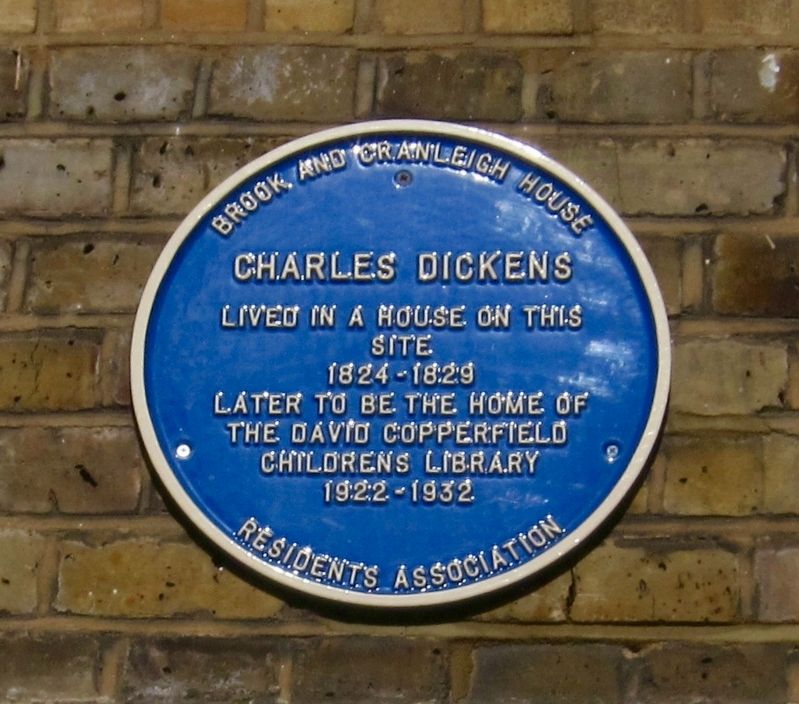 Lived in a house on this site 1824-1829 Later to be the home of The David Copperfield Childrens Library 1922-1932 . . This historical marker was erected by Brook and Cranleigh House Residents Association. It is in London Borough of Camden in Greater London County England United Kingdom 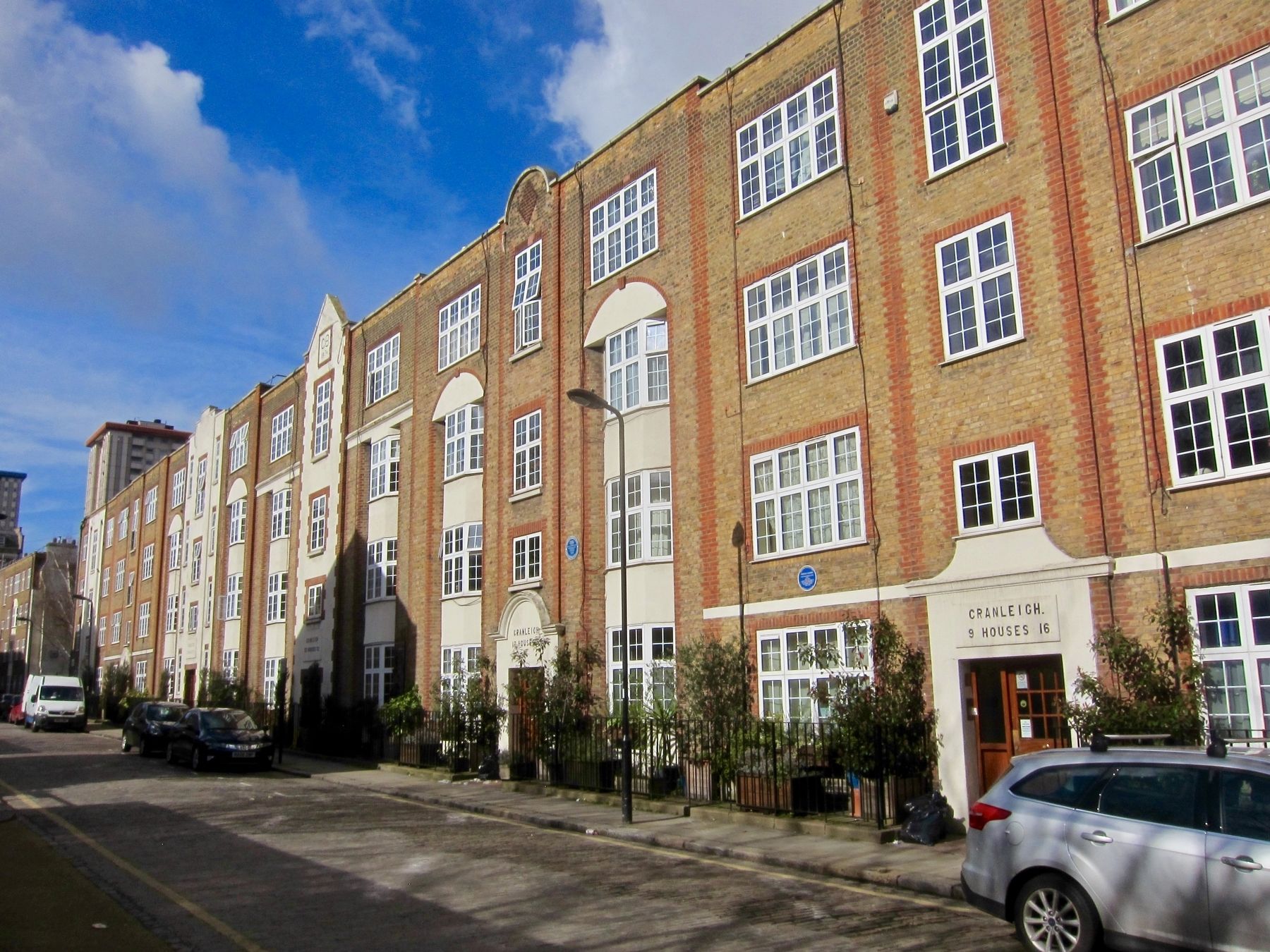 By Andrew Ruppenstein, March 16, 2018
2. Charles Dickens Marker - Wide View, Looking West
Two markers are visible here towards the center picture - that of George Padmore (on the left) and Charles Dickens (on the right).

"... in June 1822, when John Dickens was recalled to Navy Pay Office headquarters at Somerset House, and the family (except for Charles, who stayed behind to finish his final term of work) moved to Camden Town in London. The family had left Kent amidst rapidly mounting debts, and, living beyond his means, John Dickens was forced by his creditors into the Marshalsea debtors' prison in Southwark, London in 1824. His wife and youngest children joined him there, as was the practice at the time. Charles, then 12 years old, boarded with Elizabeth Roylance, a family friend, at 112 College Place, Camden Town. Roylance was "a reduced [impoverished] old lady, long known to our family", whom Dickens later immortalised, "with a few alterations and embellishments", as "Mrs. Pipchin" in Dombey and Son...." - Wikipedia 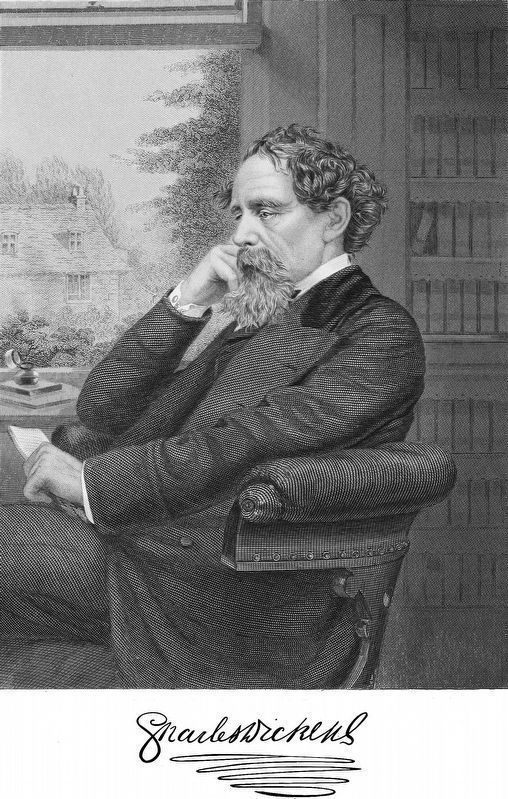