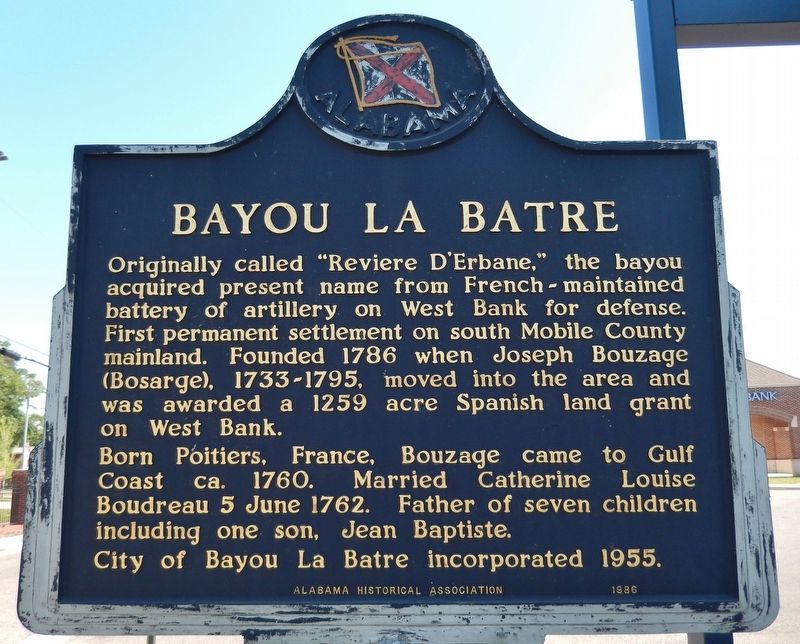 Topics. This historical marker is listed in these topic lists: Settlements & Settlers • Waterways & Vessels. A significant historical year for this entry is 1786. 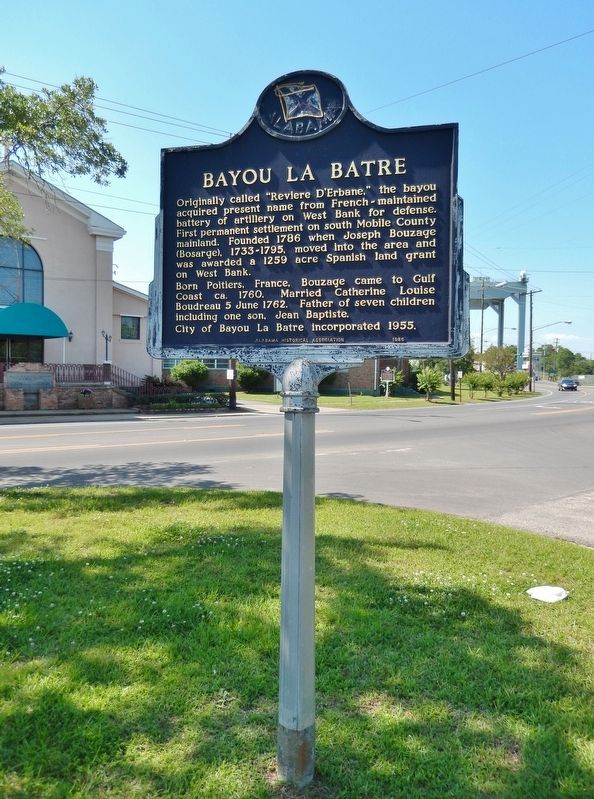 Click or scan to see
this page online
plaza at the north end of the PNC Bank parking lot. Touch for map. Marker is at or near this postal address: 13825 South Wintzell Avenue, Bayou La Batre AL 36509, United States of America. Touch for directions.

Related markers. Click here for a list of markers that are related to this marker. Bayou La Batre, Alabama

Also see . . .
1. Shipbuilding. Bayou La Batre is a center for shipbuilding. The shipyards are owned and operated mainly by local families such as Gazzier Marine Services, Horizon Shipbuilding, Steiner Ship Yard, Rodriguez Boat Builders, Master Boat Buliders, and Landry Boat Works. People from all over the world including the United States, South America, and Africa have boats built in Bayou La Batre frequently. In 2005, Steiner Ship Yard was asked by Walt Disney Studios to build a pirate ship, the Black 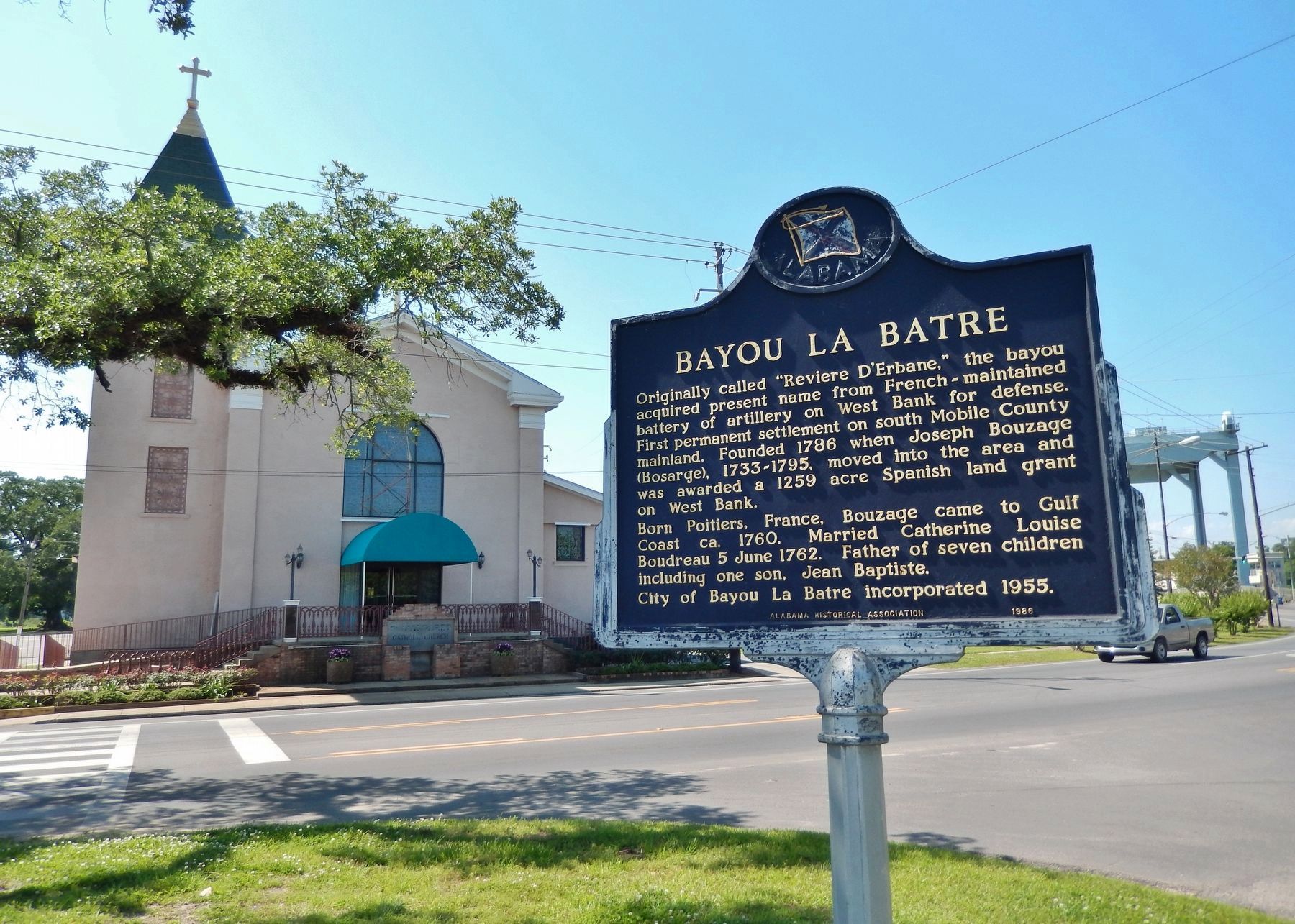 Photographed By Cosmos Mariner, May 18, 2014
3. Bayou La Batre Marker (wide view; St Margaret Catholic Church across highway, in background)
Pearl; the pitch-black ship was actually a huge wooden prop built on top of a modern 96-foot-long steel utility boat. Crews sailed the ship out of the bayou to the Caribbean for the filming of sequels to Disney's 2003 film "Pirates of the Caribbean: The Curse of the Black Pearl". (Submitted on April 30, 2018, by Cosmos Mariner of Cape Canaveral, Florida.)

2. Bayou La Batre. The town became part of the Mississippi Territory of the United States in 1811 and by the 1830s boasted its own hotel. It became a popular vacation spot after the Civil War for its location on the water. In 1906, a hurricane devastated the town and destroyed its tourist industry. In 2005, Hurricane Katrina devastated the town's fishing fleet and caused severe damage to the town itself. (Submitted on April 30, 2018, by Cosmos Mariner of Cape Canaveral, Florida.) 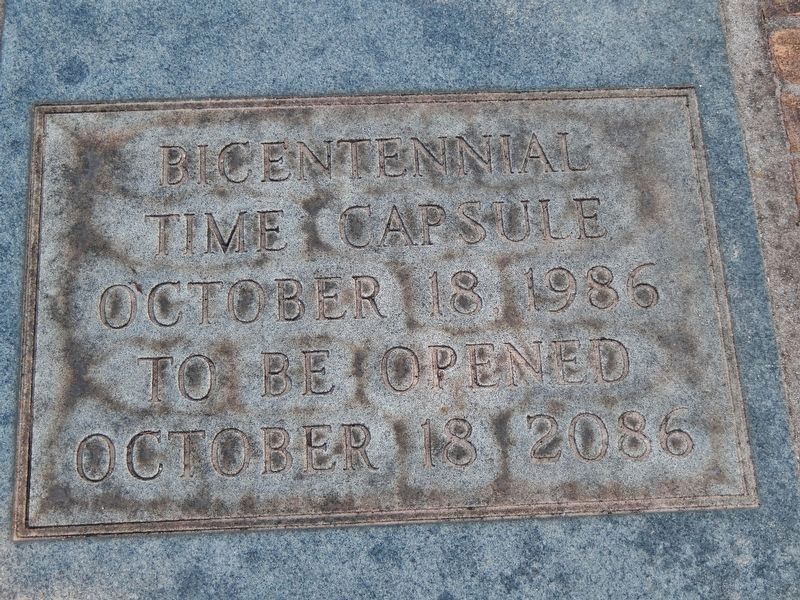