The Grand Lodge of English Freemasons 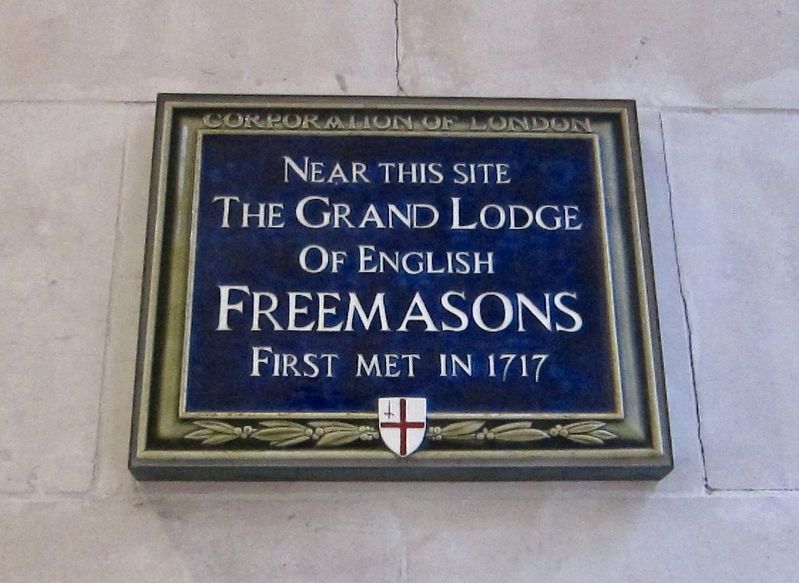 Topics and series. This historical marker is listed in this topic list: Fraternal or Sororal Organizations. In addition, it is included in the UK, England, City of London Corporation series list. A significant historical date for this entry is June 24, 1717. 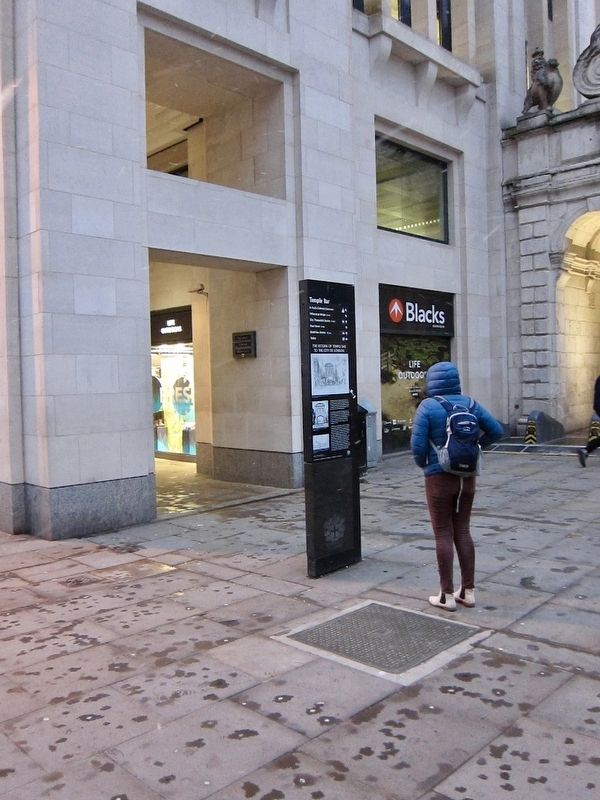 More about this marker. The marker can be found just steps away from the south (cathedral) side of the Temple Bar, at the east side or entrance to the covered walkway that is in front of Blacks.

Also see . . .  United Grand Lodge of England (Wikipedia). "The United Grand Lodge of England (UGLE) is the governing body for the majority of freemasons within England and Wales with lodges in other, predominantly ex-British Empire and Commonwealth countries outside the United Kingdom. It claims to be the oldest Grand Lodge in the world, by descent from the first Grand Lodge formed by four Lodges meeting in the Goose & Gridiron Tavern, London on St John's Day, 24 June 1717....Prior to 1717 there were Freemasons' lodges in England, Scotland, and Ireland, with the earliest known admission of non-operative masons being in Scotland. On St John's Day, 24 June 1717, three existing London lodges and a Westminster lodge held a joint dinner at the Goose and Gridiron alehouse in St. Paul's Churchyard, elected Anthony Sayer to the chair as Grand Master, and called themselves the Grand Lodge of London and Westminster. The City of London Corporation has erected a Blue Plaque near the location....." (Submitted on May 14, 2018.)
Credits. This page was last revised on January 27, 2022. It was originally submitted on May 14, 2018, by Andrew Ruppenstein of Sacramento, California. This page has been viewed 119 times since then and 22 times this year. Photos:   1, 2. submitted on May 14, 2018, by Andrew Ruppenstein of Sacramento, California.
Share this page.