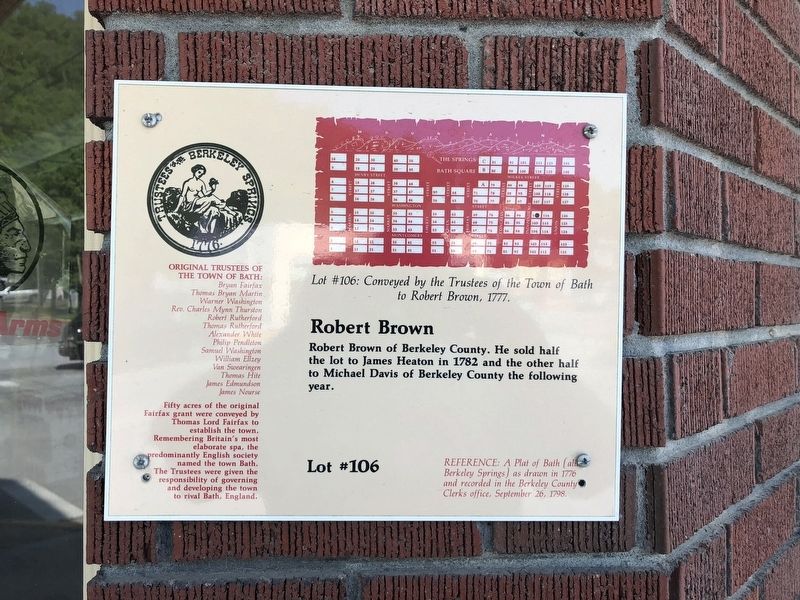 Photographed By Devry Becker Jones, May 12, 2018
1. Robert Brown Marker
Inscription.
Robert Brown. Lot #106. , Robert Brown of Berkeley County. He sold half the lot to James Heaton in 1782 and the other half to Michael Davis of Berkeley County the following year., Lot #106: Conveyed by the Trustees of the Town of Bath to Robert Brown, 1777. . This historical marker is in Berkeley Springs in Morgan County West Virginia

Topics and series. This historical marker is listed in this topic list: Settlements & Settlers. In addition, it is included in the West Virginia, Berkeley Springs, Town of Bath Lots series list. A significant historical year for this entry is 1782. 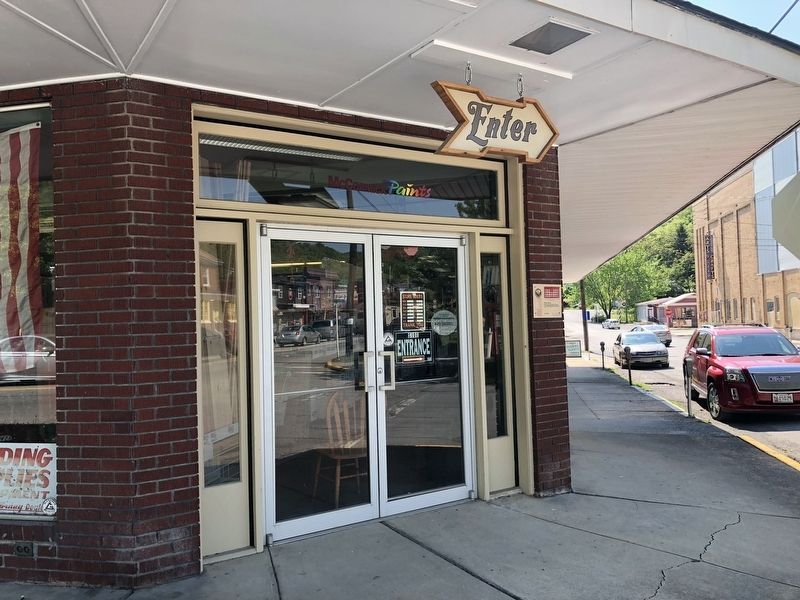