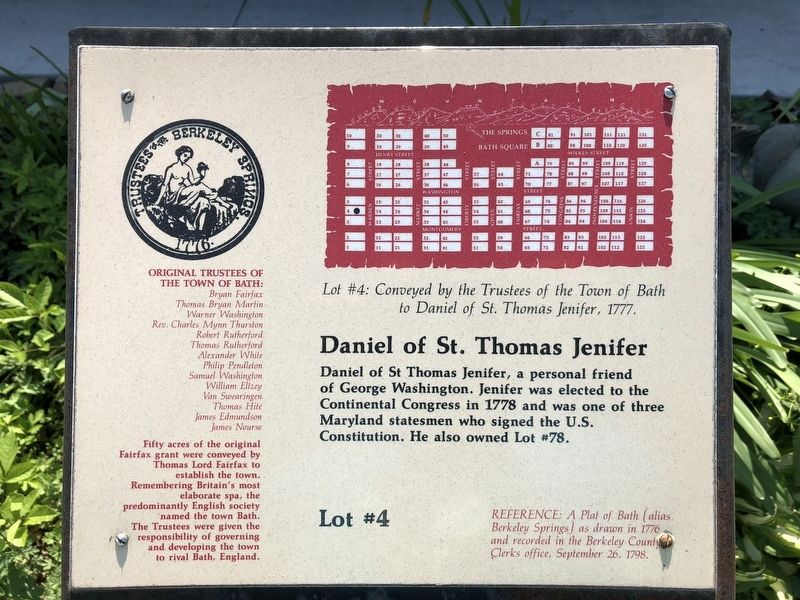 Lot #4: Conveyed by the Trustees of the Town of Bath to Daniel of St. Thomas Jenifer, 1777.

Lot #5: Conveyed by the Trustees of the Town of Bath to Robert Townsen Hose, August, 1777.

Topics and series. This historical marker is listed in these topic lists: Government & Politics • Industry & Commerce • Settlements & Settlers. In addition, it is included in the West Virginia, Berkeley Springs, Town of Bath Lots series list. A significant historical month for this entry is August 1777. 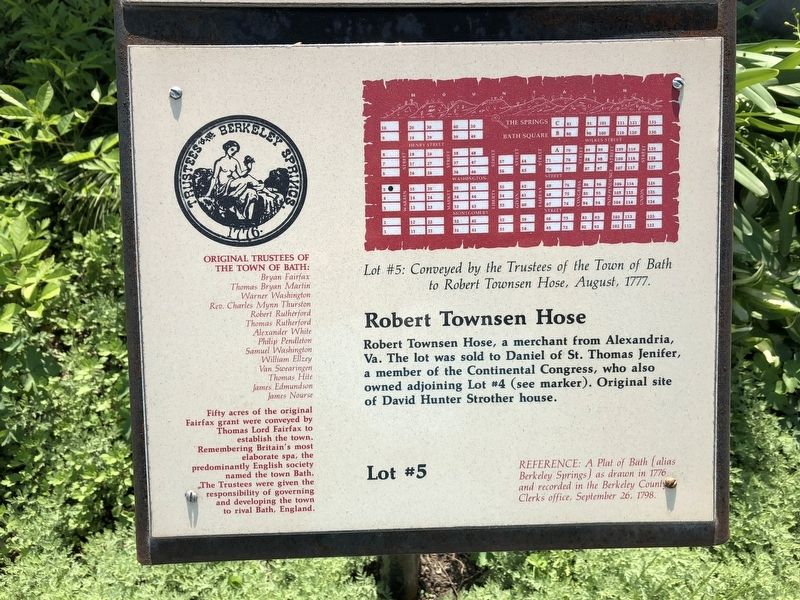 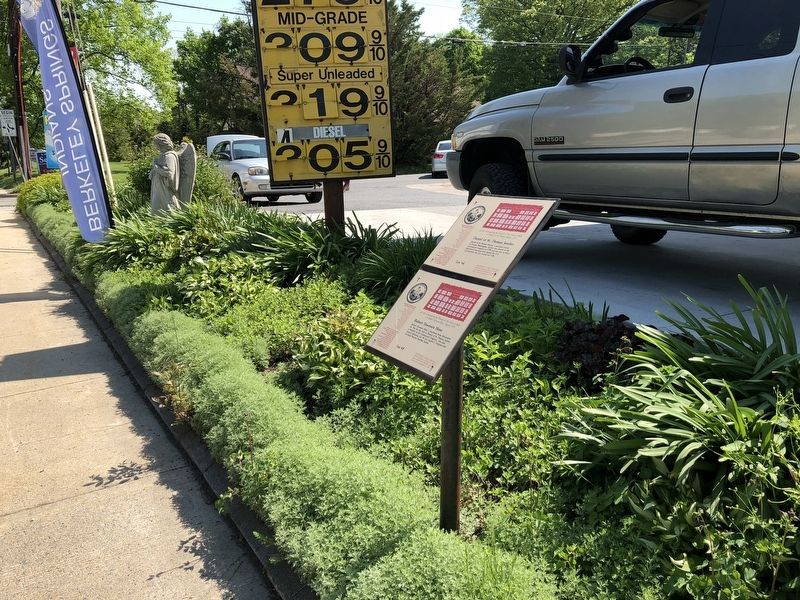