The Battle of the Bridge of Batan 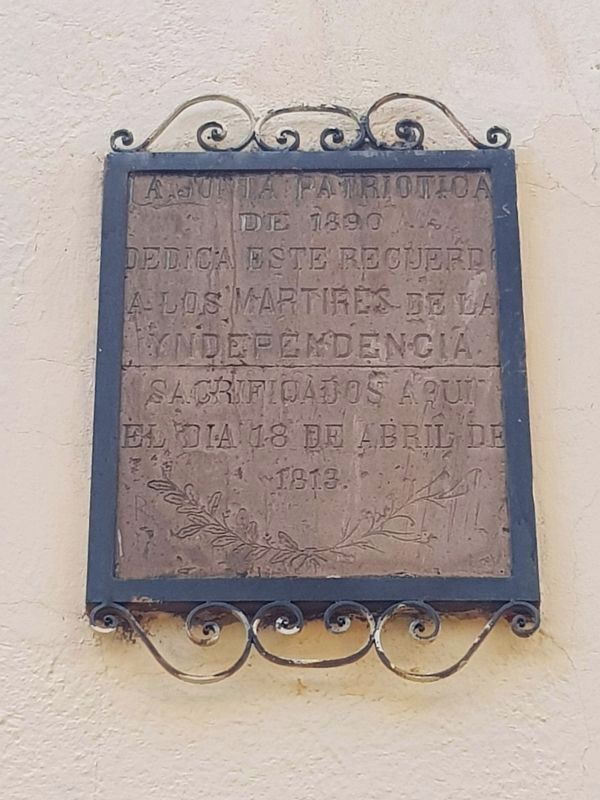 Photographed By J. Makali Bruton, September 20, 2020
1. The Battle of the Bridge of Batan Marker
Inscription.
English translation: , The Patriotic Board of 1890 , Dedicate this to the memory of , the martyrs of Independence , sacrificed here on April 18, 1813. . This memorial was erected in 1890 by La Junta Patriotica. It is in Salvatierra Guanajuato Mexico