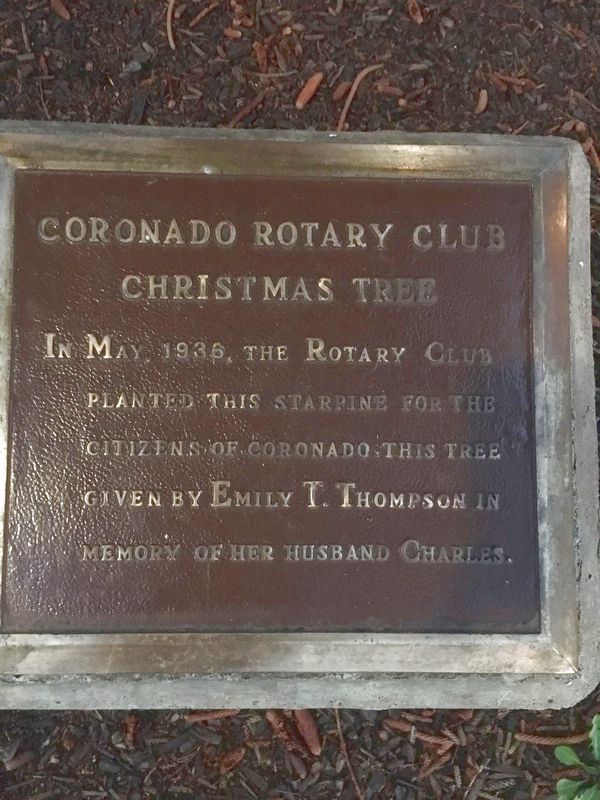 In May, 1936, the Rotary Club
planted this starpine for the
citizens of Coronado. This tree
given by Emily T. Thompson in
memory of her husband Charles.

Topics. This historical marker is listed in this topic list: Horticulture & Forestry. A significant historical month for this entry is May 1936.

Location. 32° 41.136′ N, 117° 10.812′ W. Marker is in Coronado, California, in San Diego County. Marker is on Orange Avenue near Isabella, on the right when traveling south. Marker is 10 meters to the South/Southwest of the Coronado Rotary Club Clock in the Rotary Plaza. Touch for map. Marker is in this post office area: Coronado CA 92118, United States of America. Touch for directions. 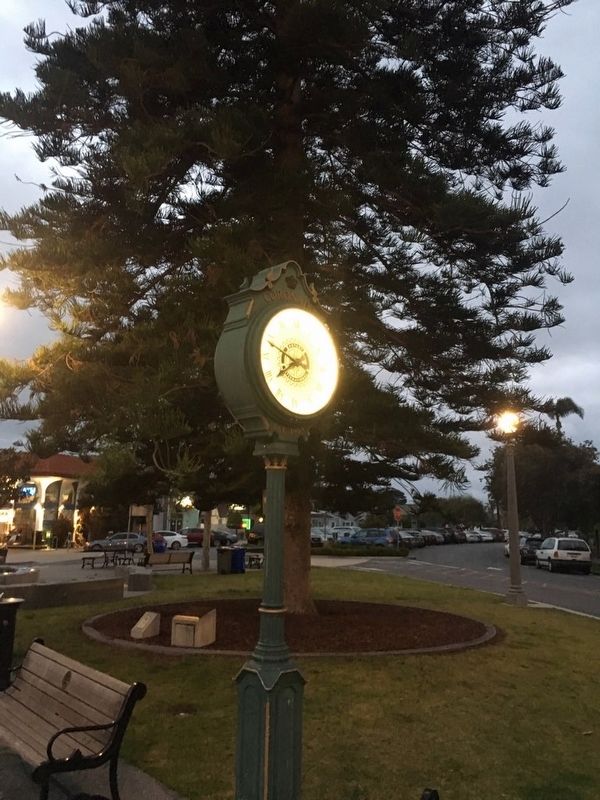 Serial 003 STAR PINE located in Rotary Plaza was designated a Heritage Tree on 3 April 2008. This Araucaria Heterophylla is native to Norfolk Island in the SW Pacific and was transplanted to this location by Supt. Bandel in 1936. The project was funded by the Coronado Rotarians and has since served as the City's living Christmas tree. Star pines can grow to 100 feet in height. (Submitted on May 28, 2018, by Jamie Gallant Jamison of Coronado, California.) 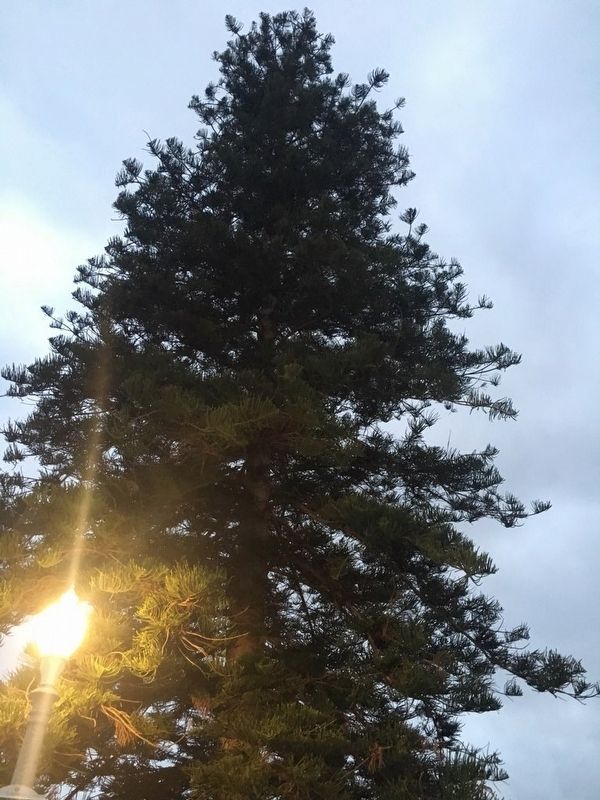 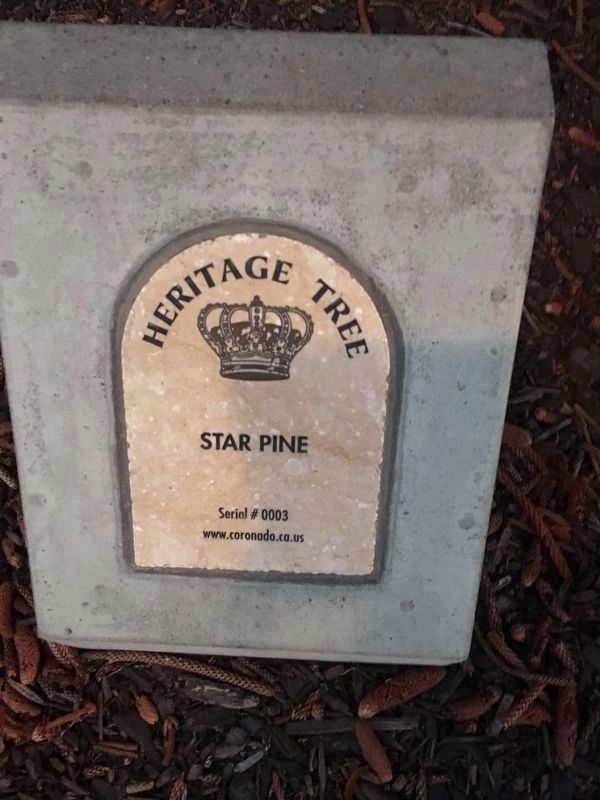