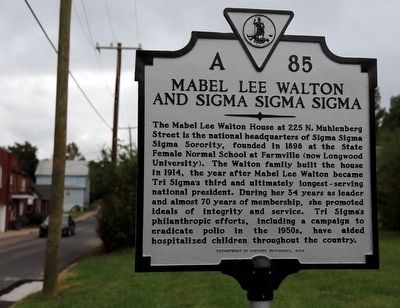 The Mabel Lee Walton House at 225 N. Muhlenberg Street is the national headquarters of Sigma Sigma Sigma Sorority, founded in 1898 at the State Female Normal School at Farmville (now Longwood University). The Walton family built the house in 1914, the year after Mabel Lee Walton became Tri Sigma’s third and ultimately longest-serving national president. During her 34 years as leader and almost 70 years of membership, she promoted ideals of integrity and service. Tri Sigma’s philanthropic efforts, including a campaign to eradicate polio in the 1950s, have aided hospitalized children throughout the country.

Topics and series. This historical marker is listed in these topic lists: Charity & Public Work • Fraternal or Sororal Organizations. In addition, it is included in the Virginia Department of Historic Resources series list. A significant historical year for this entry is 1898. 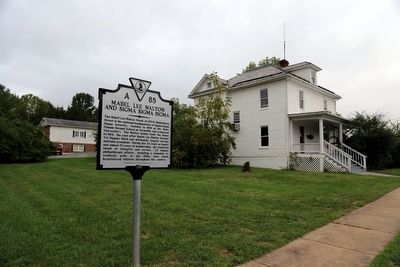 More about this marker. The marker is on Main street, for maximum visibility. Tri Sigma headquarters is a block away on Muhlenberg Street. From the marker proceed west on Locust and turn right on Muhlenberg. The Walton House is on the left. 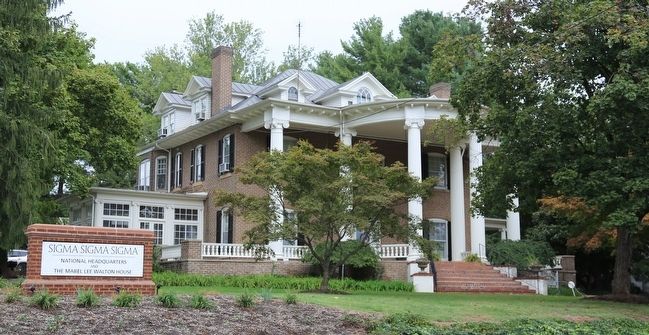 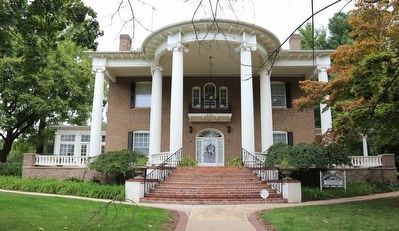