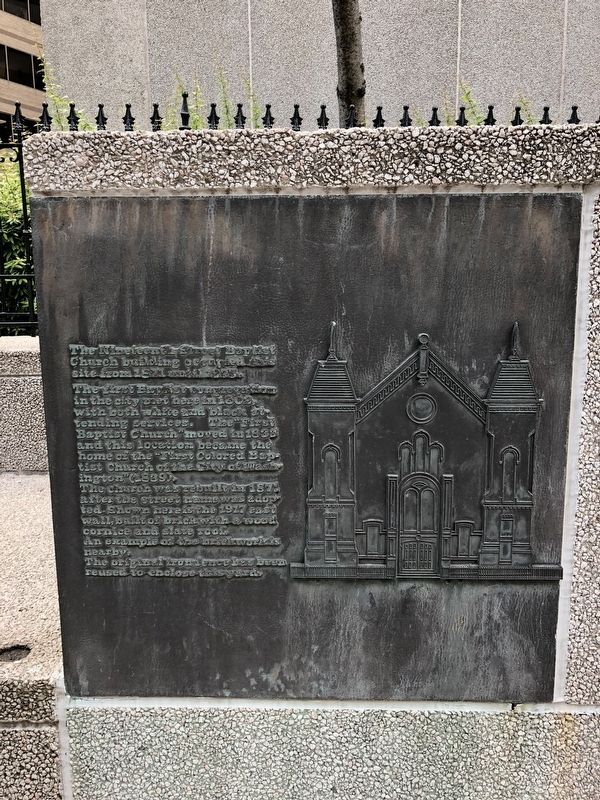 The Nineteenth Street Baptist Church building occupied this site from 1871 until 1975.

The first Baptist congregation in the city met here in 1802, with both white and black attending services. The "First Baptist Church" moved in 1833 and this location became home of the "First Colored Baptist Church of the City of Washington" (1839).

The church was rebuilt in 1871 after the street name was adopted. Shown here is the 1917 east wall, built of brick with a wood cornice and slate roof.

An example of the brickworks is nearby.

The original iron fence has been reused to enclose this yard.

Topics. This historical marker is listed in these topic lists: African Americans • Churches & Religion. A significant historical year for this entry is 1802. 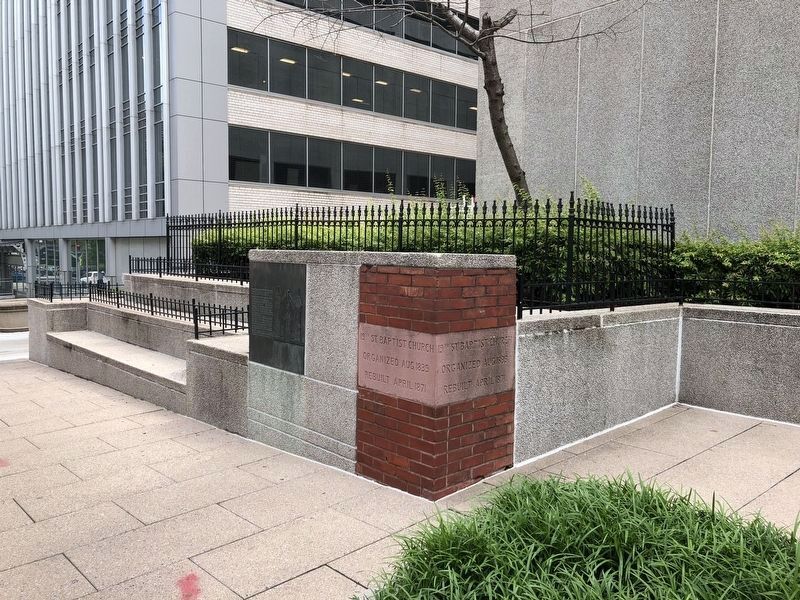 By Devry Becker Jones, May 22, 2018
2. Marker along 19th Street, with the cornerstone and original fence. 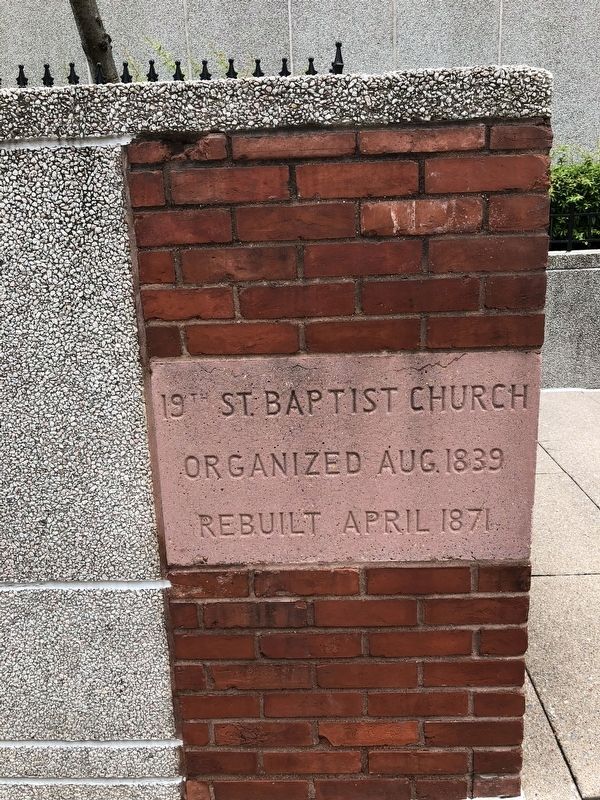