Co-discoverer of the North Pole 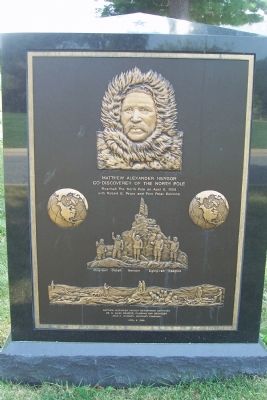 Co-discoverer of the North Pole

"The lure of the Arctic is tugging at my heart. To me the trail is calling! The old trail - the trail that is always new." 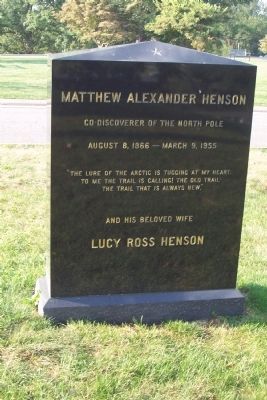 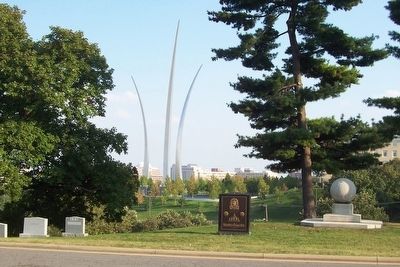 By Richard E. Miller, September 4, 2008
3. Matthew Alexander Henson Marker
Seen with Admiral Peary's grave (nearby to its right) and the Air Force Memorial, in the distance to its left.
Inuit, Greenland 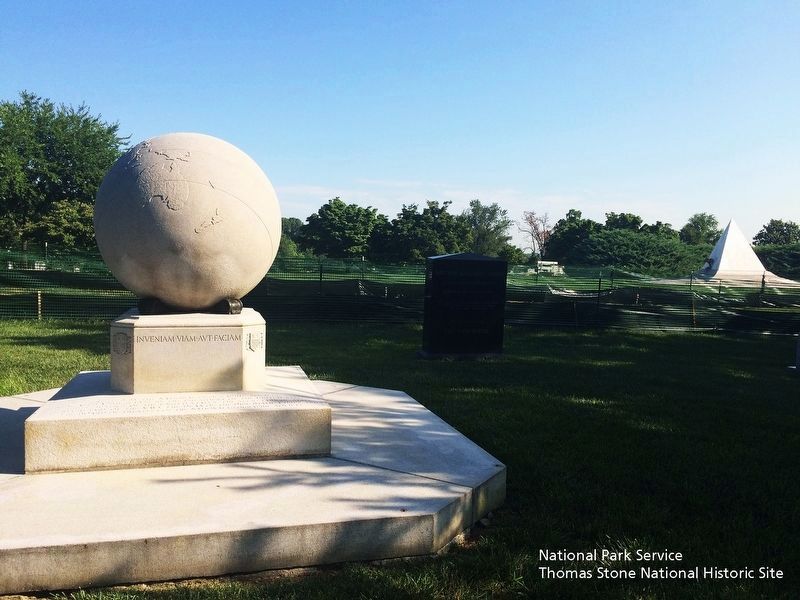 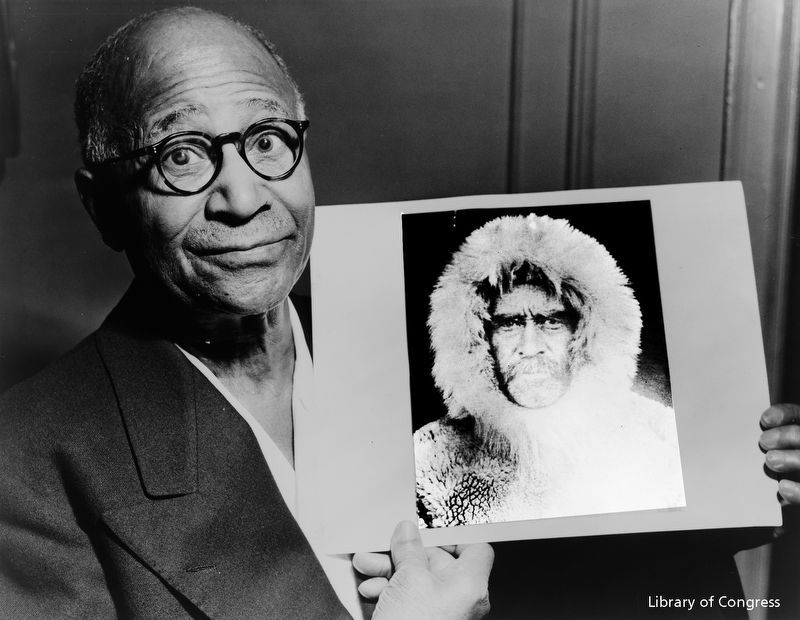