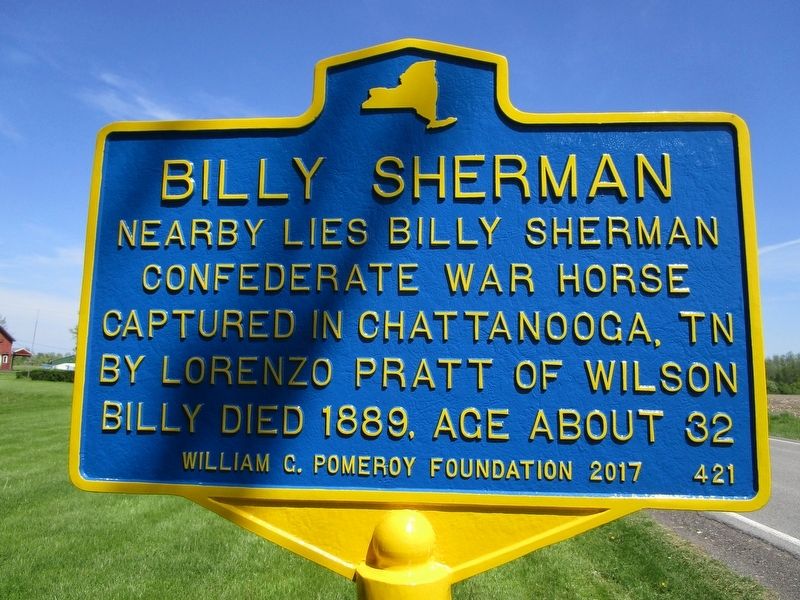 By Anton Schwarzmueller, May 25, 2018
1. Billy Sherman Marker
Marker was installed in 2018 for the 200th anniversary of the Town of Wilson. The adjacent older marker, on a stone at ground level, was painted yellow-on-blue.
Inscription.
Billy Sherman. .
Billy Sherman Nearby lies Billy Sherman Confederate war horse captured in Chattanooga, TN by Lorenzo Pratt of Wilson. Billy died 1889, age about 32. . . This historical marker was erected in 2018 by William G. Pomeroy Foundation. It is in Wilson in Niagara County New York

Topics and series. This historical marker is listed in these topic lists: Animals • War, US Civil. In addition, it is included in the William G. Pomeroy Foundation series list.

Location. 43° 18.576′ N, 78° 48.749′ W. Marker is in Wilson, New York, in Niagara County. Marker is on Wilson Burt Road 0.4 miles east of Young Street, on the right when traveling west. It is about a half mile from the Village line, which is Young Street. Touch for map. Marker is in this post office area: Wilson NY 14172, United States of America. Touch for directions. 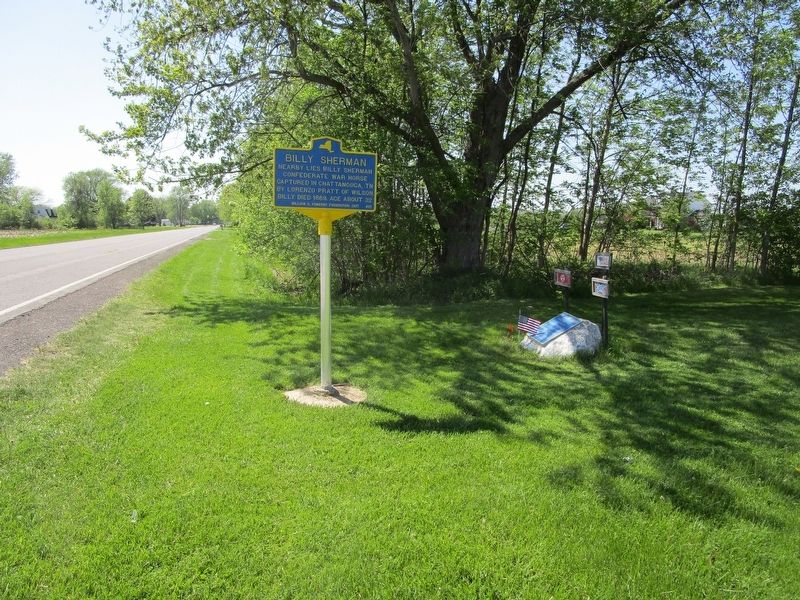