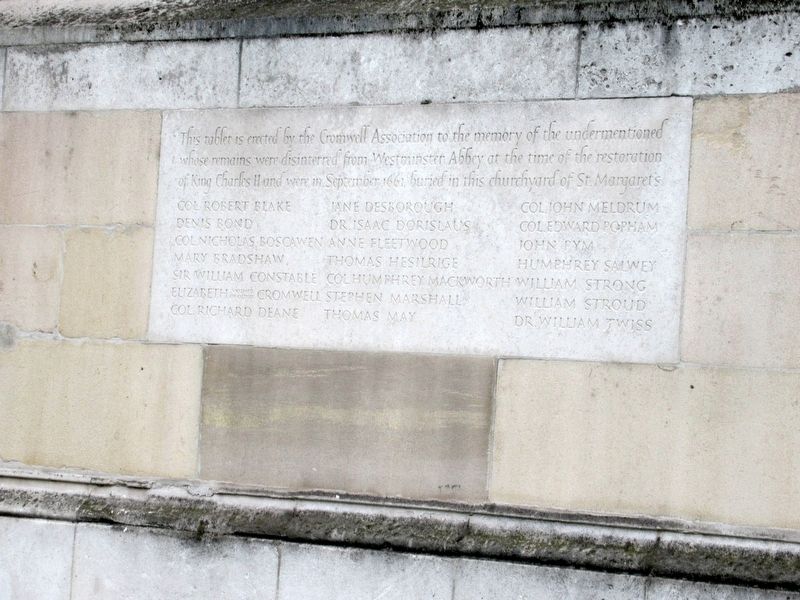 Location. 51° 29.997′ N, 0° 7.621′ W. Marker is in City of Westminster, England, in Greater London County. Marker is at the intersection of Parliament Square and St. Margaret’s Street, on the right when traveling south on Parliament Square. Located on the Church of Saint Margaret. Touch for map 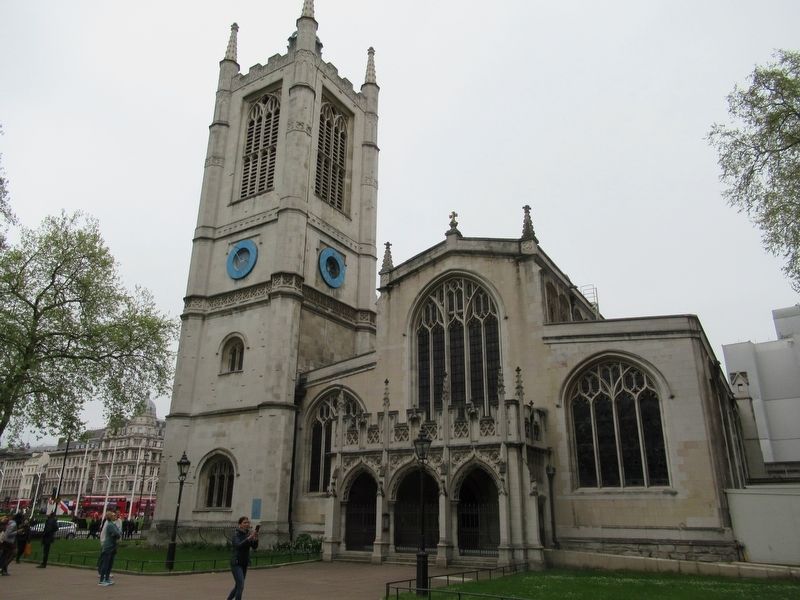 By Michael Herrick, April 29, 2018
2. Cromwell Association Memorial Tablet
The marker is to the left of the three doors which are the entrance to the church.

Click or scan to see
this page online
. Marker is in this post office area: City of Westminster, England SW1P 3JX, United Kingdom. Touch for directions.