The Virginia School for the Deaf and the Blind 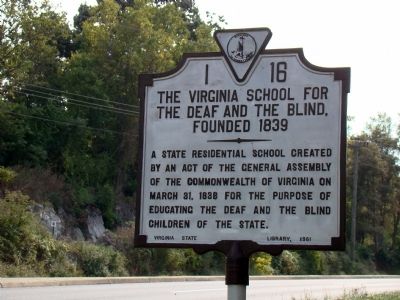 A state residential school created by an act of the General Assembly of the Commonwealth of Virginia on March 31, 1838 for the purpose of educating the deaf and the blind children of the state. 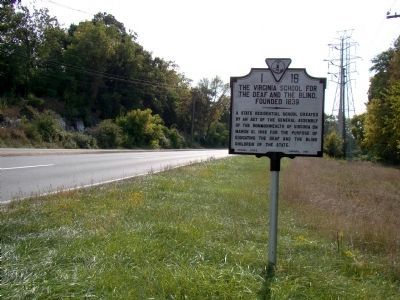 By J. J. Prats, September 24, 2008
2. The Virginia School for the Deaf and the Blind Marker
The school campus is to the right behind a line of trees. It is not accessible from this highway.
School’s Official Website. “One of the oldest schools in Virginia and the second of its kind in the world...” (Submitted on September 26, 2008.)

Additional comments.
1. VSDB in the Civil War
These buildings were taken for use as a Confederate hospital in 1861.

In August 1861, the 52nd Virginia Infantry made camp here and trained before heading off to war.

Editor’s want-list for this marker. Photos of the school • Can you help?
Share This Page.