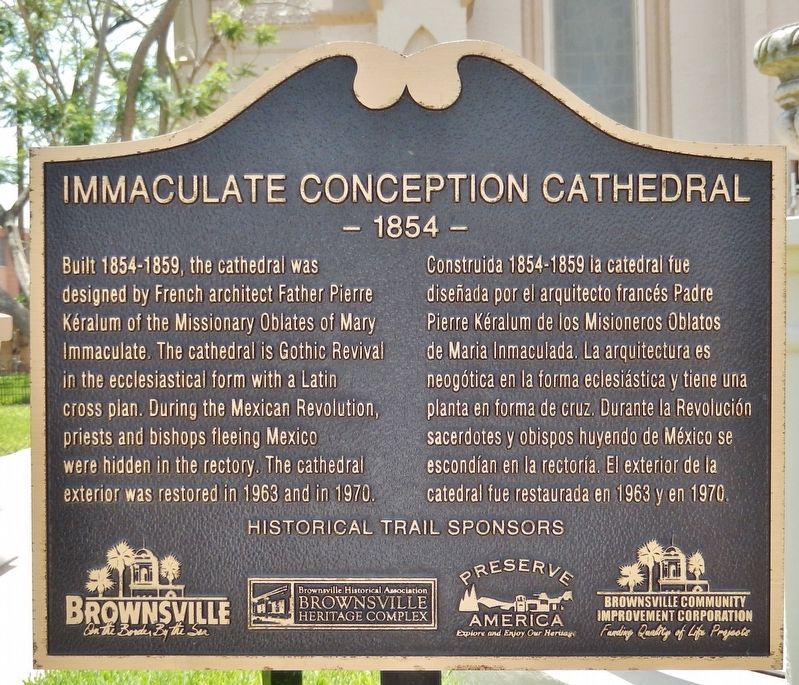 (English))
Built in 1854-1859, the cathedral was designed by French architect Father Pierre Keralum of the Missionary Oblates of Mary Immaculate. The cathedral is Gothic Revival in the ecclesiastical form with a Latin cross plan. During the Mexican Revolution, priests and bishops fleeing Mexico were hidden in the rectory. The cathedral exterior was restored in 1963 and in 1970.

Topics. This historical marker is listed in these topic lists: Architecture • Churches & Religion • Hispanic Americans. A significant historical year for this entry is 1854. 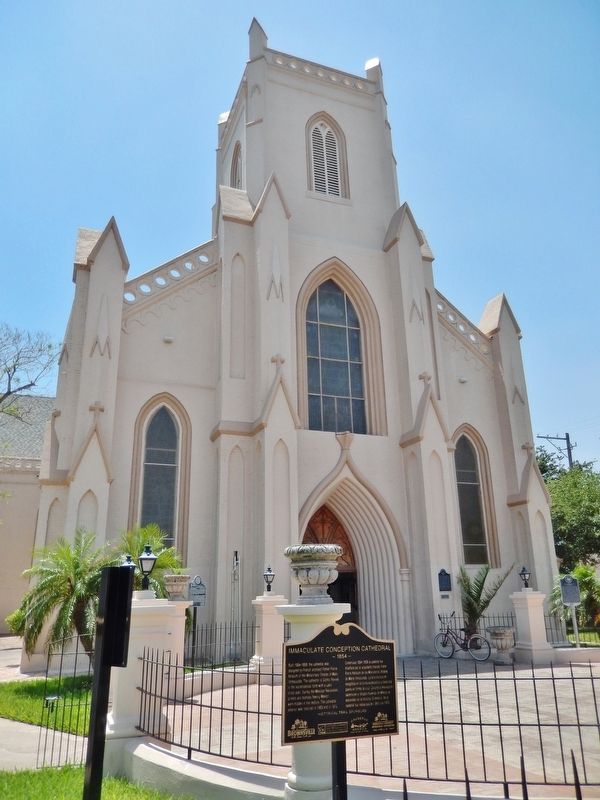 Click or scan to see
this page online
W. Marker is in Brownsville, Texas, in Cameron County. Marker is on East 12th Street west of East Jefferson Street, on the left when traveling west. Touch for map. Marker is at or near this postal address: 1218 E Jefferson St, Brownsville TX 78520, United States of America. Touch for directions.

More about this marker. Marker is in the Brownsville Historical Trails series. 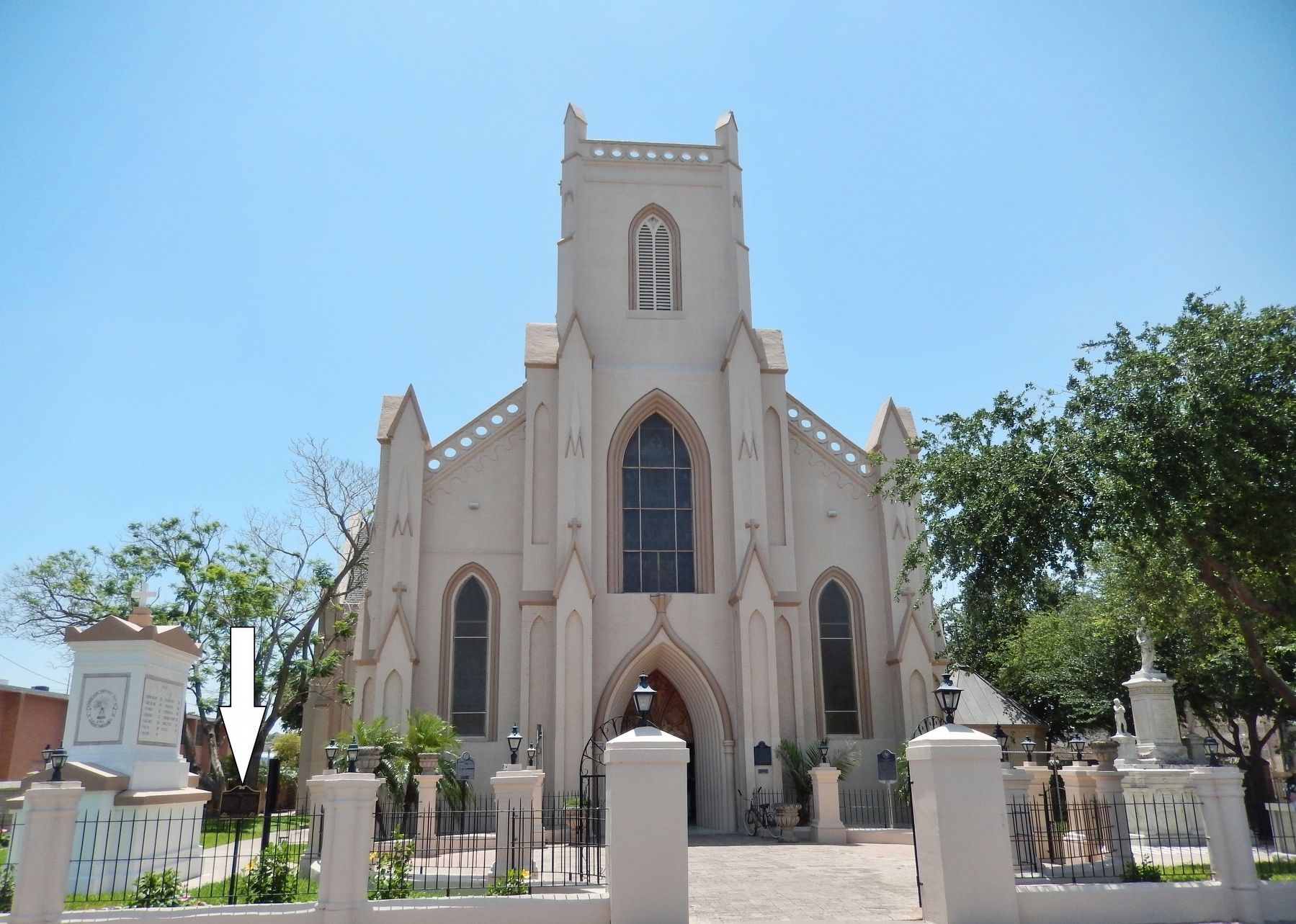