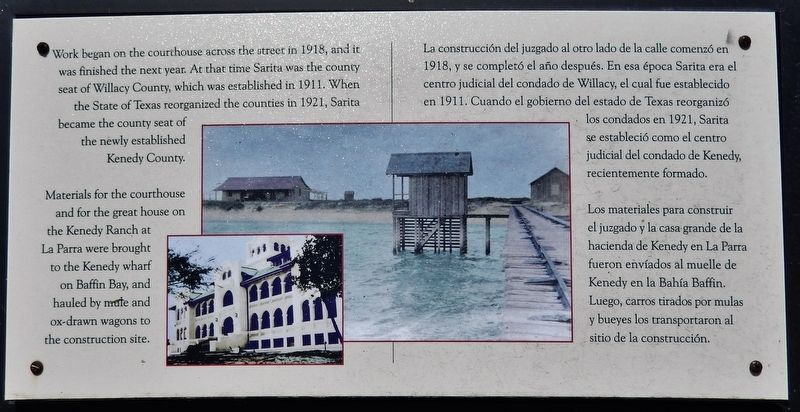 By Cosmos Mariner, May 17, 2018
1. Kenedy County Courthouse Construction Marker
Inscription.
. This historical marker was erected by Kenedy Ranch Museum of South Texas. It is in Sarita in Kenedy County Texas

Materials for the courthouse and for the great house on the Kenedy Ranch at La Parra were brought to the Kenedy wharf on Baffin Bay, and hauled by mule and ox-drawn wagons to the construction site.