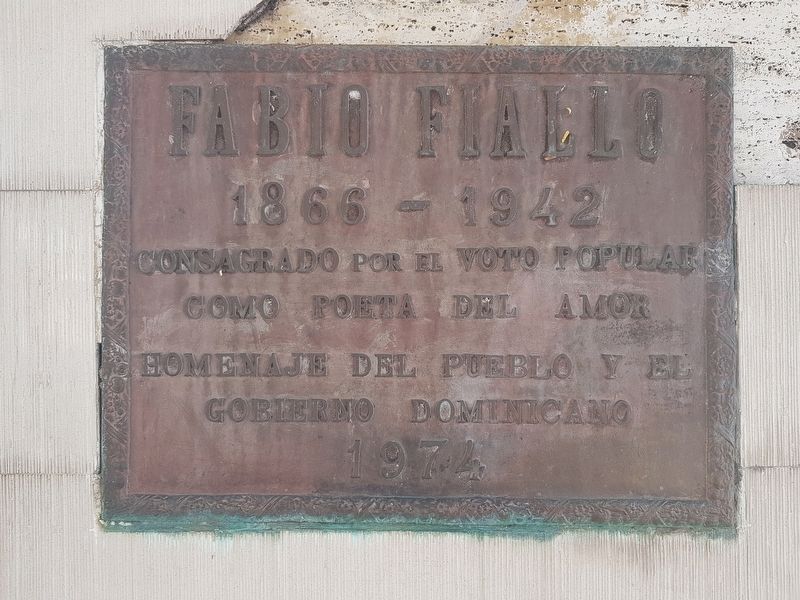 By J. Makali Bruton, March 11, 2018
1. Fabio Fiallo Marker
Inscription.
English translation:
Fabio Fiallo 1866-1942 Consecrated by Popular Vote as the Poet of Love Tribute from the people and the Dominican Government 1974. . This historical marker was erected in 1974. It is in Santo Domingo Distrito Nacional Dominican Republic