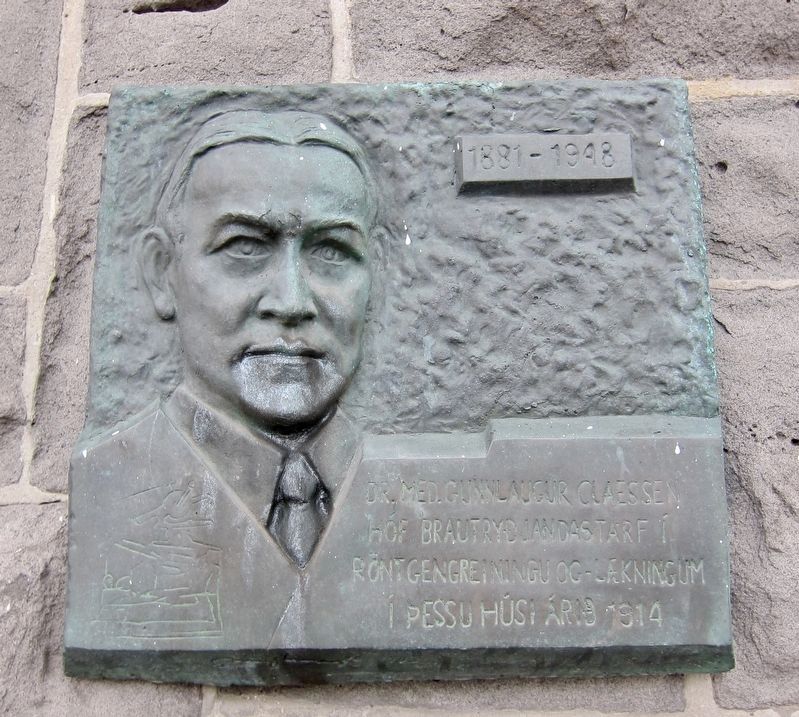 In 1914, Dr. Gunnlaugur Claessen began pioneering medical treatments with X-rays in this house. . This historical marker is in Reykjavik Capital Region Höfuðborgarsvæði Iceland