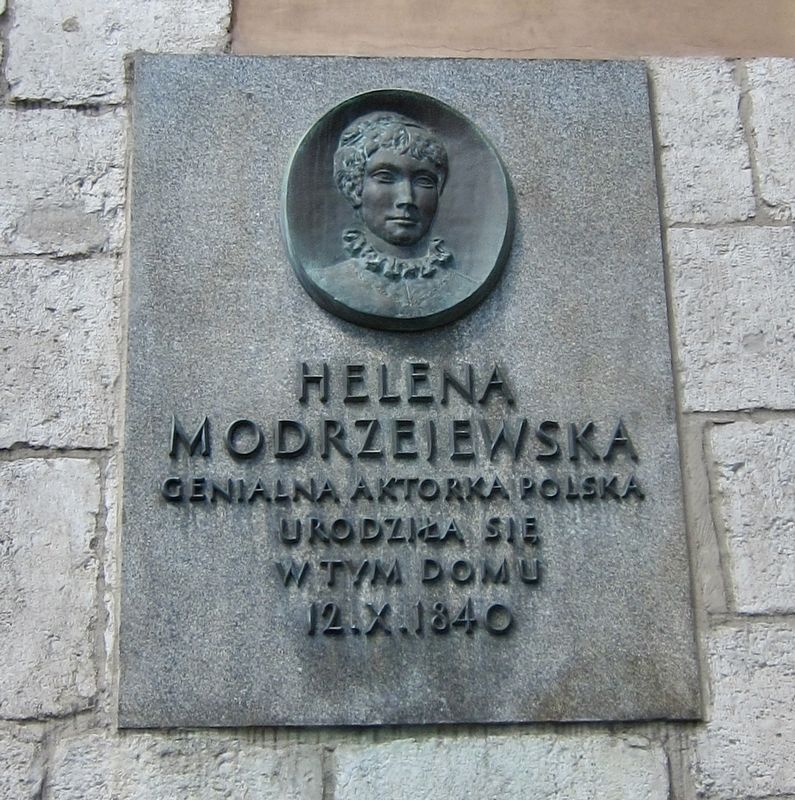 Helena Modrzejewska (better known as Helena Modjeska), the brilliant Polish actress, was born in this house on October 12, 1840. . This historical marker is in Kraków in Kraków Powiat Małopolska Poland