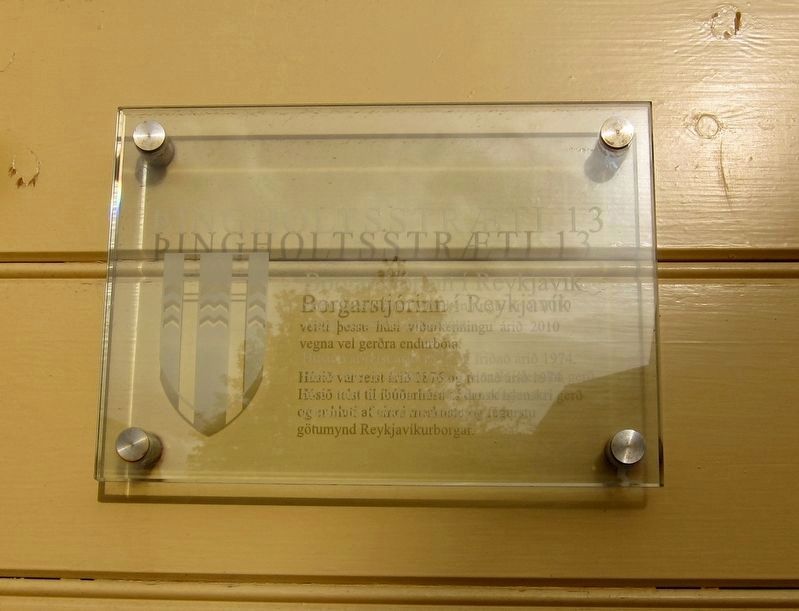 Photographed By Andrew Ruppenstein, May 18, 2018
1. Þingholtsstræti 13 Marker
The marker is particularly difficult to read here because the angle of the sun is such that the semi-translucent letters obscure the shadows of the letters in the succeeding row, rendering both rows near-illegible.
Inscription.
Þingholtsstræti 13. .