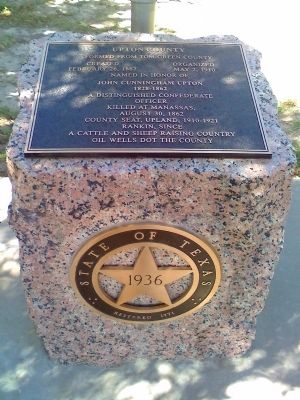 Topics and series. This historical marker is listed in these topic lists: Settlements & Settlers • War, US Civil. In addition, it is included in the Texas 1936 Centennial Markers and Monuments series list. A significant historical date for this entry is February 26, 1887.

Other nearby markers. At least 8 other markers are within 6 miles of this marker, measured as the crow flies. Rankin (here, next to this marker); Rankin Cemetery (approx. 5 miles away); Colonels John C. and William F. Upton 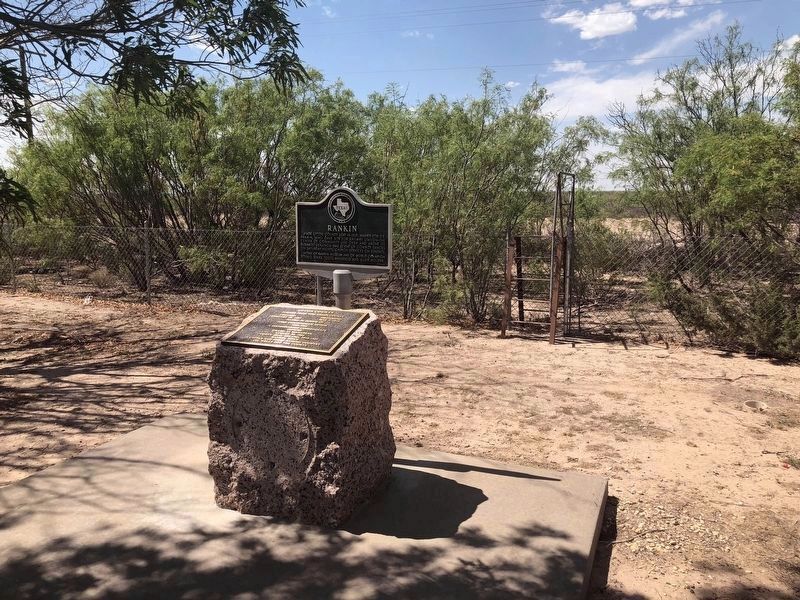 Photographed By Brian Anderson, May 26, 2018
2. Upton County Marker
Note that the State Seal has been removed from the granite marker since the original photo above was taken.

Regarding Upton County. Lt. Colonel John C. Upton served with the Hood's Texas Brigade in the Army of Northern Virginia. By the time of Upton's death at the battle of Second Manassas the Texas Brigade was established as one of General Lee's most dependable units.
John's brother William also gained the two stars of a Confederate Lt. Colonel though his service was in Texas. William Upton survived to serve in the State Legislator after the war.