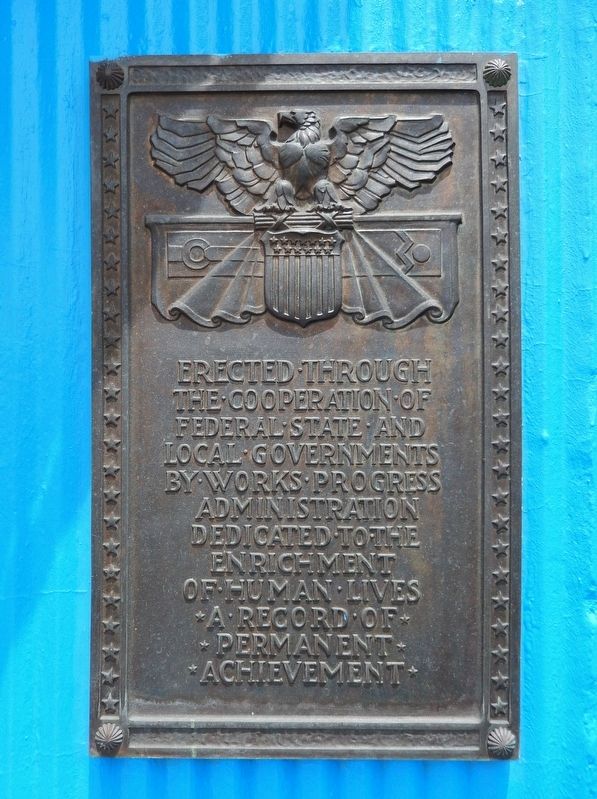 Erected through the cooperation of Federal, State and local governments by Works Progress Administration. Dedicated to the enrichment of human lives. A record of permanent achievement.

Topics and series. This historical marker is listed in this topic list: Charity & Public Work. In addition, it is included in the Works Progress Administration (WPA) projects series list. A significant historical year for this entry is 1938.

Location. 39° 7.998′ N, 103° 27.952′ W. Marker is in Hugo, Colorado, in Lincoln County. Marker is at the intersection of 4th Street (U.S. 287) and 6th Avenue, on the right when traveling north on 4th Street. Marker is mounted at eye-level, directly on the subject building, just right of the main entrance. Touch for map. Marker is in this post office area: Hugo CO 80821, United States of America. Touch for directions. 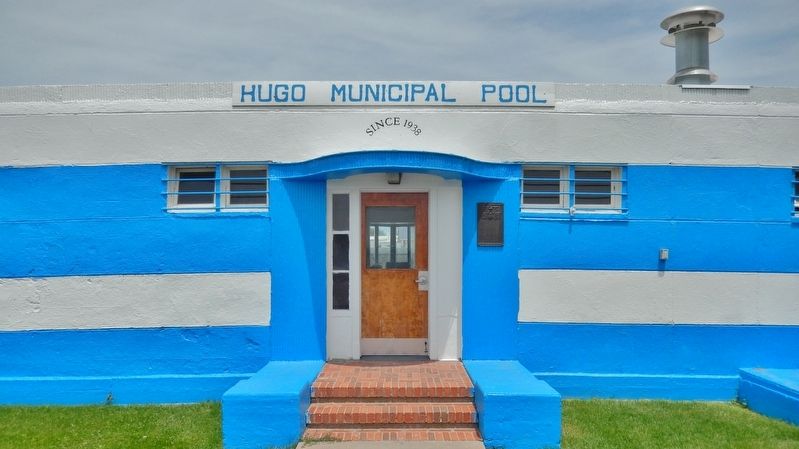 Also see . . .
1. Hugo Municipal Pool.
The Hugo Municipal Pool was built in 1936–38 as a Works Progress Administration (WPA) project designed to provide employment and improve quality of life during the Great Depression. As in the rest of eastern Colorado, the Great Depression and the Dust Bowl caused tremendous hardship in Hugo. New Deal programs like the WPA helped soften the blow by providing employment opportunities and building public amenities. The pool and bathhouse were designed by district WPA engineer Lloyd E. Heggenberger. The bathhouse, like Heggenberger’s other projects, had a modernist design. In this case the style was WPA Art Moderne, with a flat roof, rounded corners, and horizontal bands of windows that curved around the corners. Despite the modern design, the building used a traditional construction method—adobe blocks—in order to minimize the cost of materials and maximize the money spent on labor. The community continues to use the pool every summer. (Submitted on June 4, 2018, by Cosmos Mariner of Cape Canaveral, Florida.) 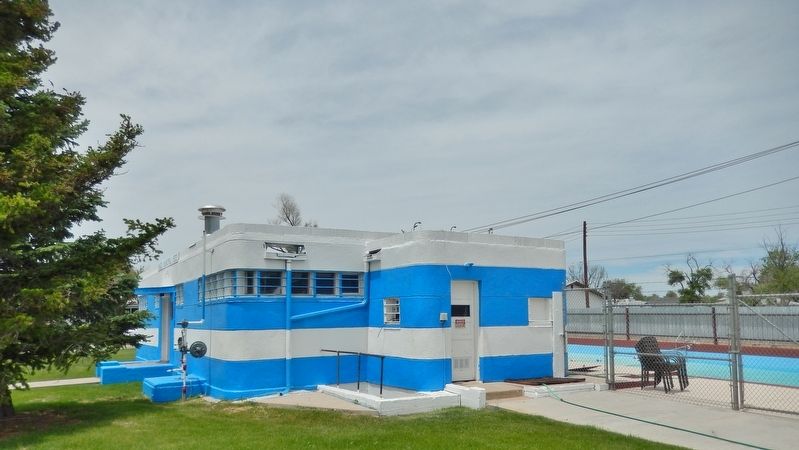 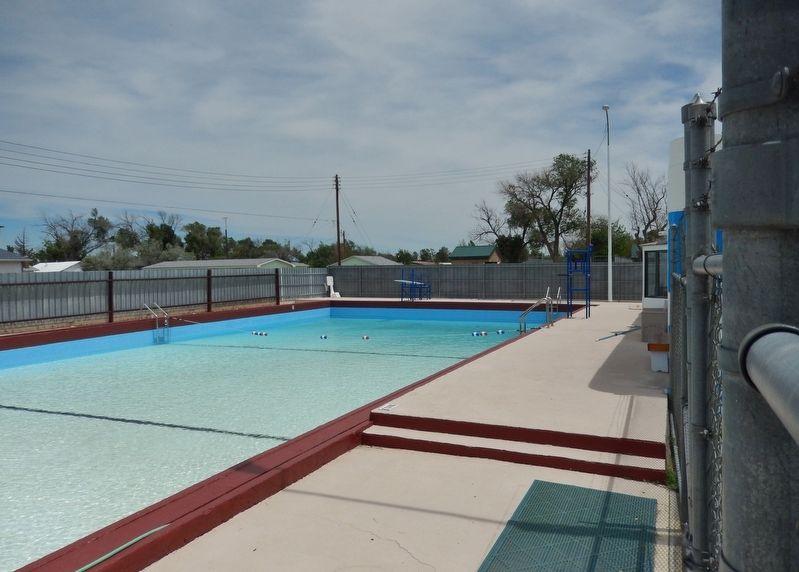 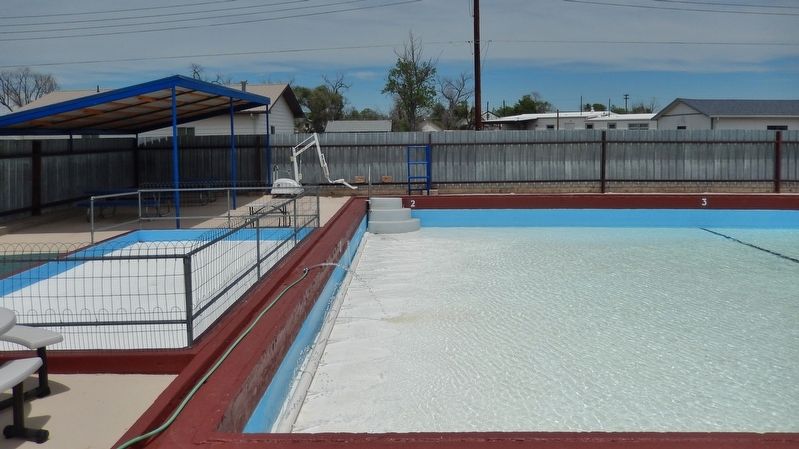 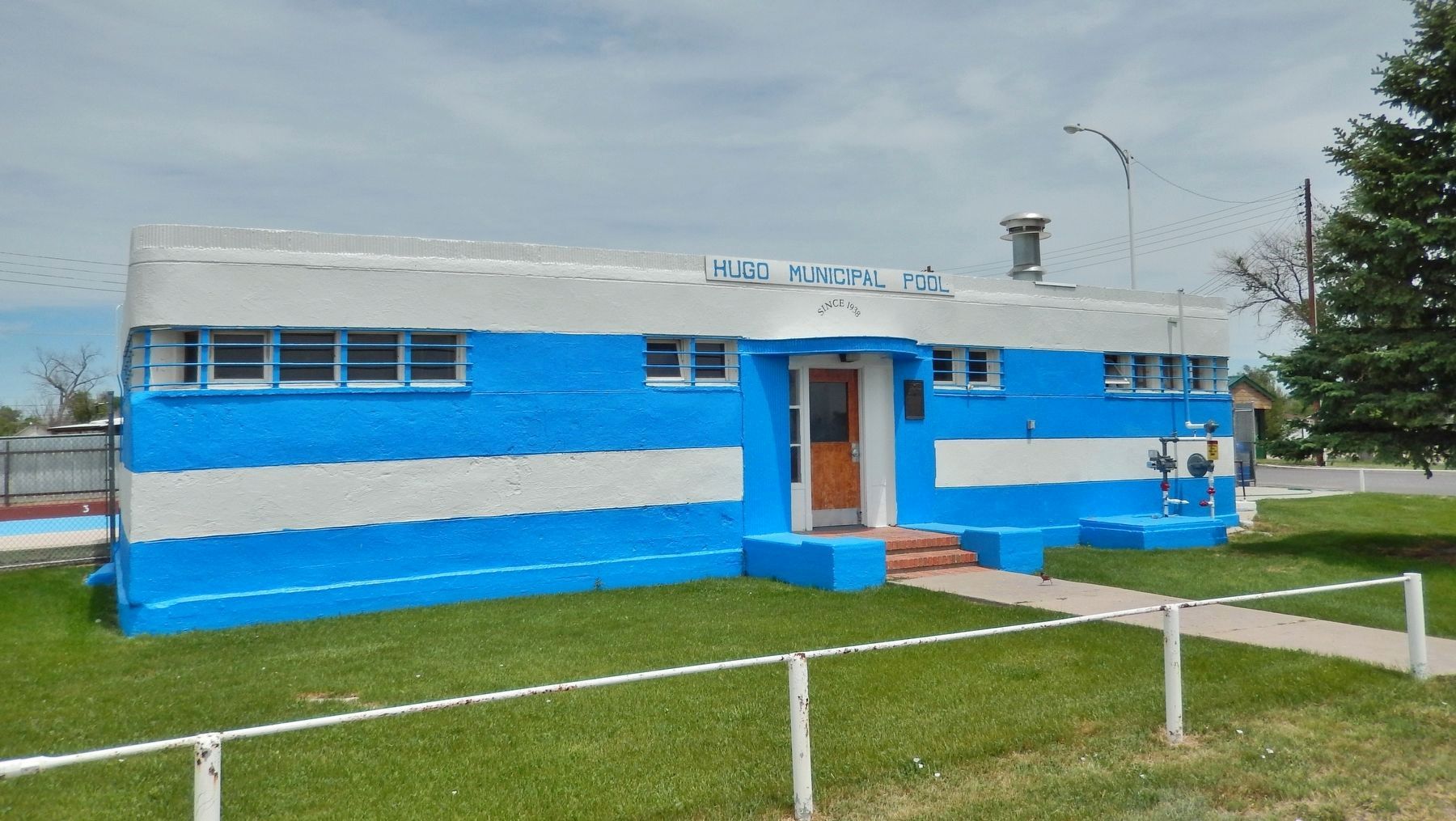