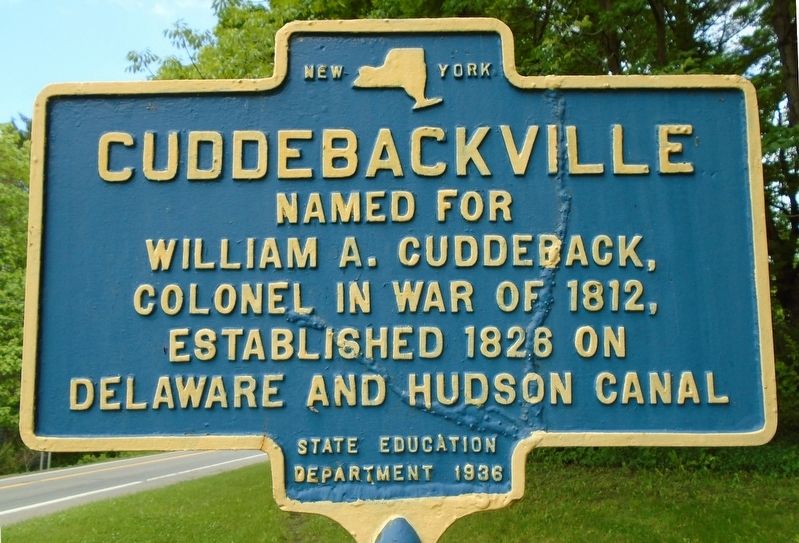 By William Fischer, Jr., June 4, 2018
1. Cuddebackville Marker
Inscription.
Cuddebackville. .
Named for William A. Cuddeback, colonel in War of 18 12, established 1826 on Delaware and Hudson Canal. . This historical marker was erected in 1936 by State Education Department. It is in Cuddebackville in Orange County New York

Named for
William A. Cuddeback,
colonel in War of 1812,
established 1826 on
Delaware and Hudson Canal

Topics. This historical marker is listed in these topic lists: Patriots & Patriotism • Settlements & Settlers • War of 1812. A significant historical year for this entry is 1812. 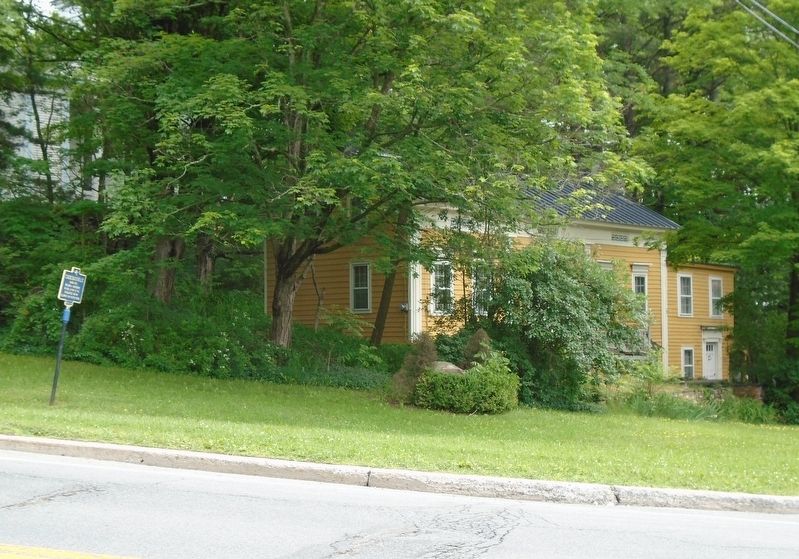 Click or scan to see
this page online
(approx. 3½ miles away); Oakland Valley School District #3 (approx. 3.7 miles away). Touch for a list and map of all markers in Cuddebackville.