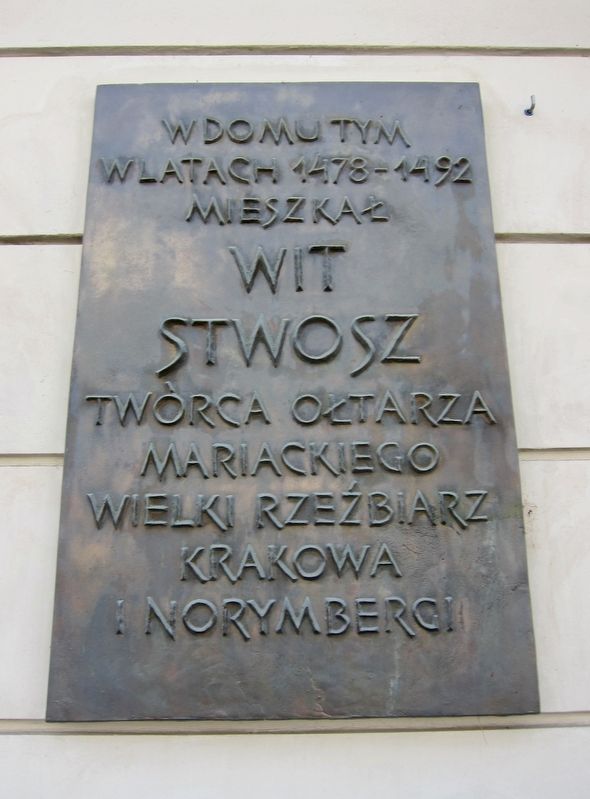 In this house during the years 1478-1492 lived Wit Stwosz (or Veit Stoss), creator of the Marian altarpiece, and great sculptor of Krakow and Nuremberg. . This historical marker is in Kraków in Kraków Powiat Lesser Poland Poland

In this house during the years 1478-1492 lived Wit Stwosz (or Veit Stoss), creator of the Marian altarpiece, and great sculptor of Krakow and Nuremberg.


Topics. This historical marker is listed in this topic list: Arts, Letters, Music. 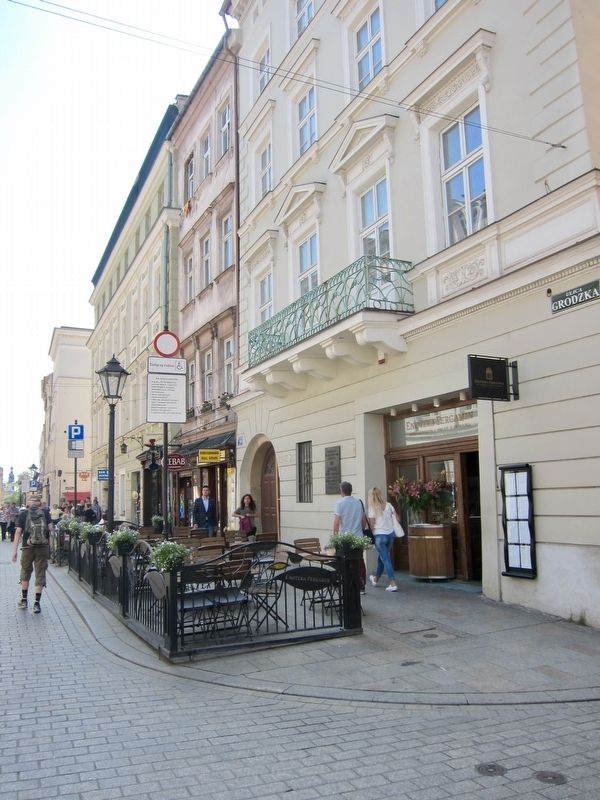 Photographed By Andrew Ruppenstein, May 22, 2018
2. Wit Stwosz Marker - Wide View
The marker is visible here just to the left of the entryway.

Also see . . .
1. Veit Stoss (Wikipedia). Veit Stoss (also: Veit Stoß; Polish: Wit Stwosz; before 1450 – about 20 September 1533) was a leading German sculptor, mostly in wood, whose career covered the transition between the late Gothic and the Northern Renaissance. His style emphasized pathos and emotion, helped by his virtuoso carving of billowing drapery; it has been called "late Gothic Baroque". He had a large workshop and in addition to his own works there are a number by pupils. He is best known for the altarpiece in St. Mary's Basilica in Kraków, Poland. (Submitted on June 7, 2018.) 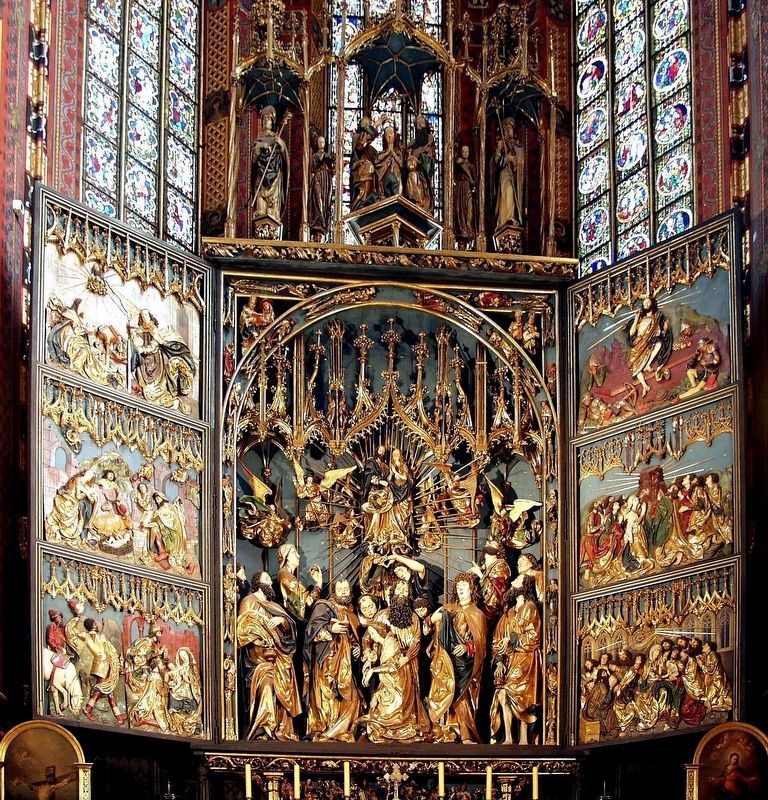 Photographed By Robert Breuer (via Wikimedia Commons under Creative Commons Attribution-Share Alike 3.0 license), October 6, 2006
3. Altar of Veit Stoss, St. Mary's Church, Krakow
The Altarpiece by Veit Stoss in Kraków (Polish: Ołtarz Wita Stwosza, German: Krakauer Hochaltar), also St. Mary's Altar (Ołtarz Mariacki), is the largest Gothic altarpiece in the world and a national treasure of Poland. It is located behind the High altar of St. Mary's Basilica, Kraków. The altarpiece was carved between 1477 and 1484 by the German sculptor Veit Stoss (known in Polish as Wit Stwosz) who moved to the city at around that time and lived there for the next 20 years.... - Wikipedia
Credits. This page was last revised on June 7, 2018. It was originally submitted on June 7, 2018, by Andrew Ruppenstein of Sacramento, California. This page has been viewed 114 times since then and 18 times this year. Photos:   1, 2, 3. submitted on June 7, 2018, by Andrew Ruppenstein of Sacramento, California.
Share this page.