Last Battle of the Civil War 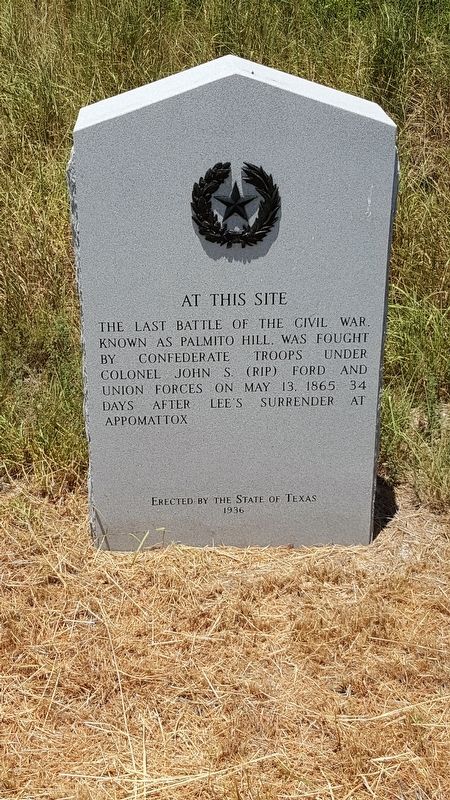 At this site the last battle of the Civil War, known as Palmito Hill, was fought by Confederate troops under Colonel John S. (Rip) Ford and Union Forces on May 13, 1865, 34 Days After Lee's Surrender at Appomatox

Location. 25° 57.575′ N, 97° 18.203′ W. Marker is near Brownsville, Texas, in Cameron County. Marker can be reached from Palmitto Hill Road 0.1 miles south of Boca Chica Boulevard (State Highway 4). Marker is located approximately 14 miles east of Brownsville. From Brownsville, take Boca Chica Boulevard. Turn right on Palmitto Hill Road. There is a large parking area off the right side of the road with a short trail that leads to an observation platform. The marker and several interpretive panels describing the battle are located near the observation 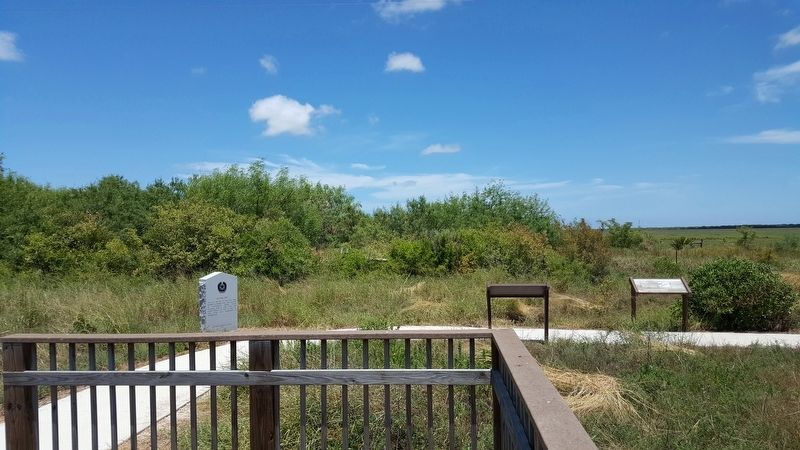