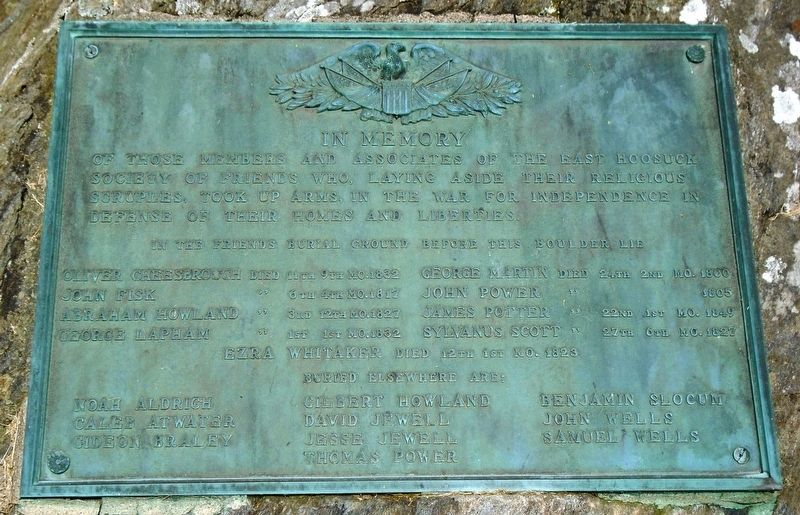 In the Friends Burial Ground before this boulder lie

In Memory
of those members and associates of the East Hoosuck Society of Friends who, laying aside their religious scruples, took up arms, in the War for Independence in defense of their homes and liberties.

In the Friends Burial Ground before this boulder lie

Topics and series. This memorial is listed in these topic lists: Cemeteries & Burial Sites 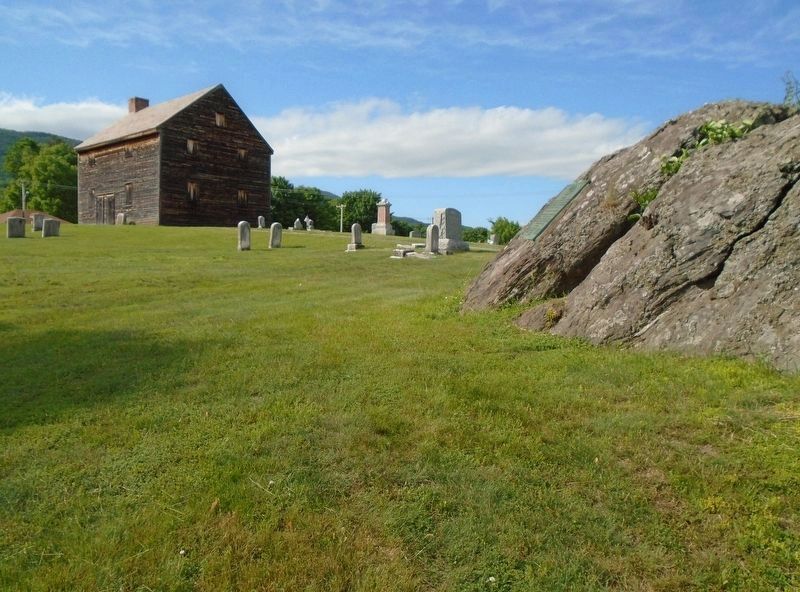 By William Fischer, Jr., June 2, 2018
2. East Hoosuck Society of Friends Revolutionary War Patriots Marker
Marker is on rock at right side of photo, with 1782 Friends Meeting House in background
• Churches & Religion • Patriots & Patriotism • War, US Revolutionary. In addition, it is included in the Quakerism series list.