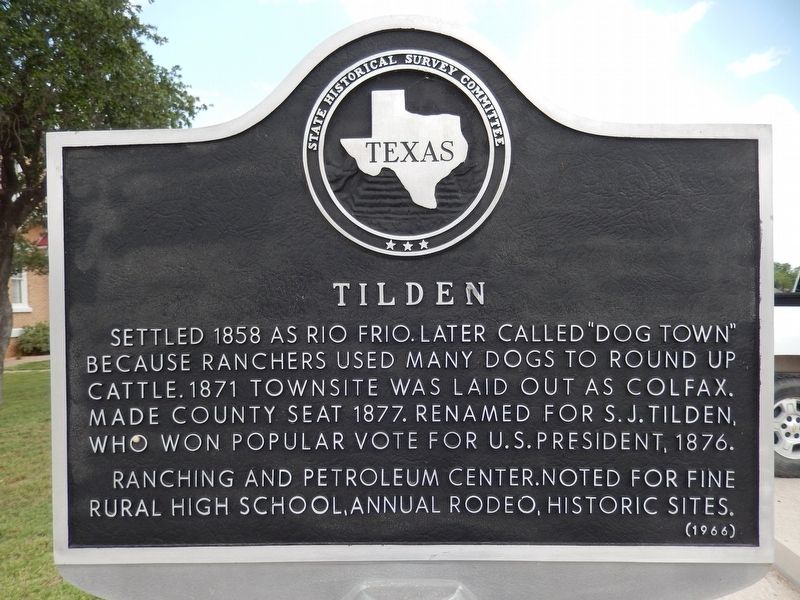 Settled 1858 as Rio Frio. Later called "Dog Town" because ranchers used many dogs to round up cattle. 1871 townsite was laid out as Colfax. Made county seat 1877. 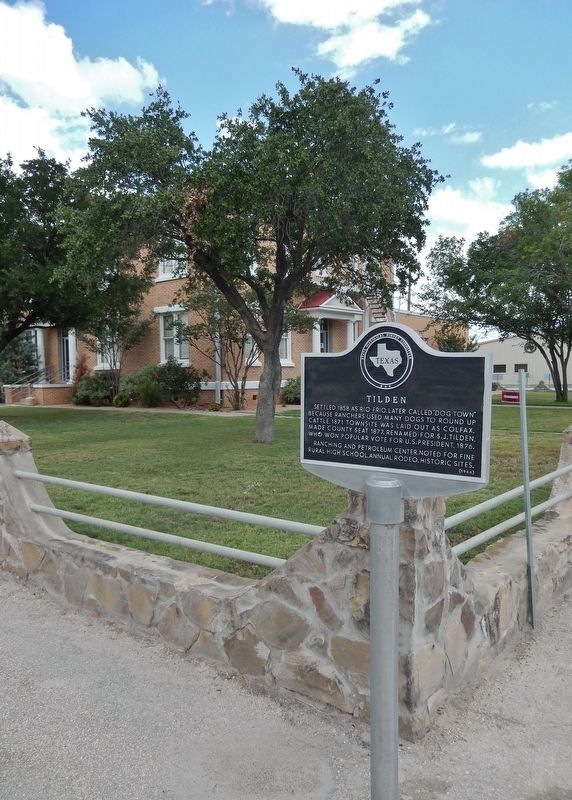 Also see . . .
1. Tilden History in a Pecan Shell.
In 1858, there were two communities in the area. Thirty people who had congregated near the mouth of Leoncita Creek on the Frio River looked around for something to name their town after. They came up with Rio Frio. Rio Frio was once called Dog Town for a mass execution of the towns canine population by drunken cowboys. Dog Town had 190 people by 1870 and the town got its own post office the following year. The name of the town was changed to Colfax in 1871. In 1877 it was chosen as the county seat when McMullen County was organized, and the name was changed to Tilden. (Submitted on June 12, 2018, by Cosmos Mariner of Cape Canaveral, Florida.)

2. Tilden, Texas.
In 1879 a ferry across the Frio was established at Tilden, and about 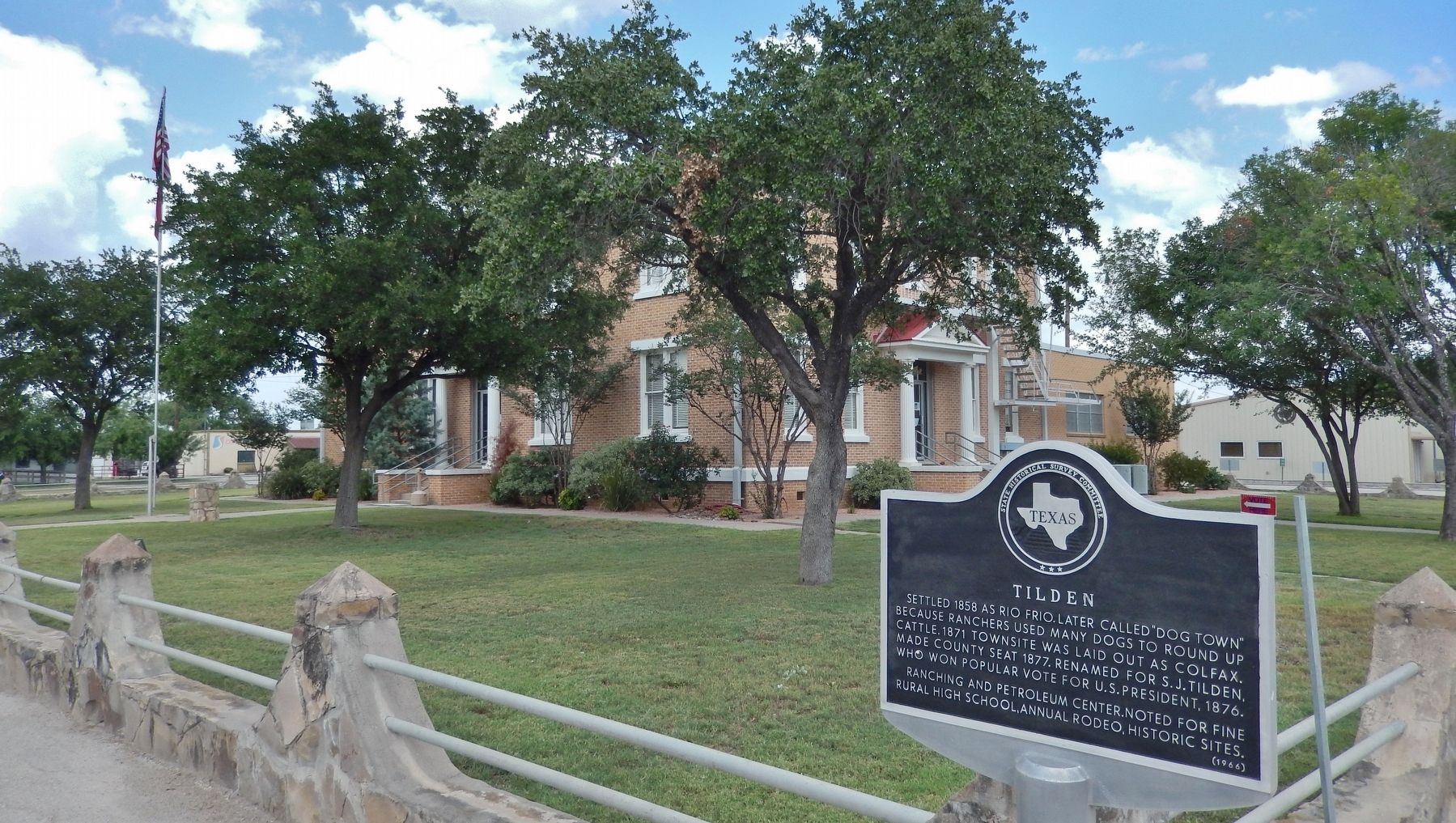 By Cosmos Mariner, May 20, 2018
3. Tilden Marker (wide view; McMullen County courthouse in background)
1880 stagecoaches traveling the San Antonio-Laredo road began to make regular stops there. In 1878 the town's first church was built and was shared by Methodists and Baptists. In 1952 Tilden had three cafes, four service stations, two garages, four grocery stores, a drugstore, a barbershop, a lumberyard, and three churches. (Submitted on June 12, 2018, by Cosmos Mariner of Cape Canaveral, Florida.) 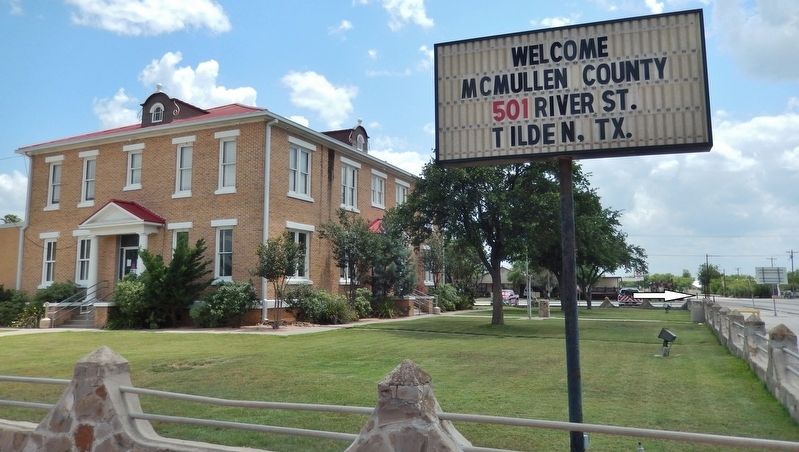 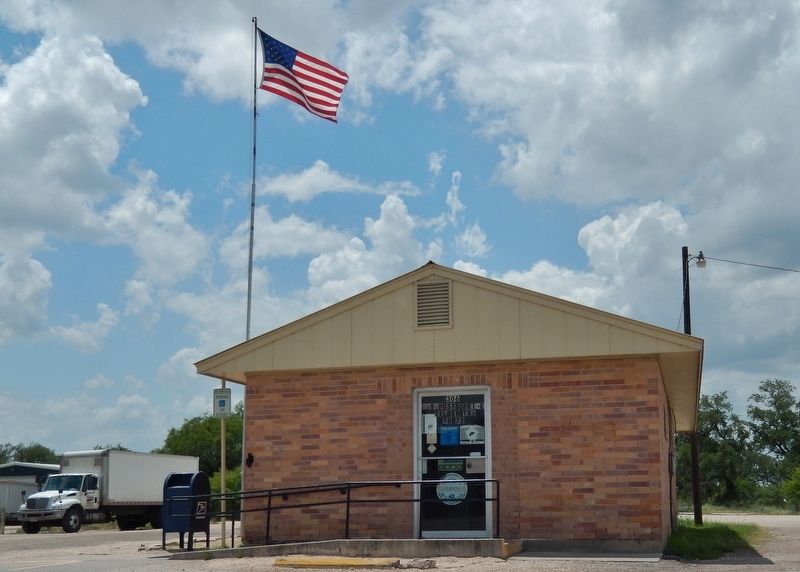