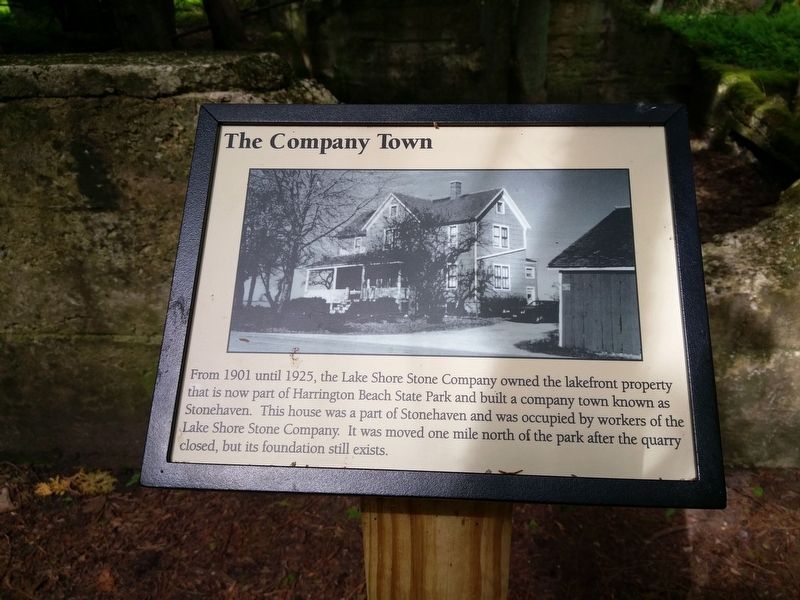 By Devon Polzar, 2018
1. The Company Town Marker
Inscription.
The Company Town. . From 1901 until 1925, the Lake Shore Stone Company owned the lakefront property that is now part of Harrington Beach State Park and built a company town known as Stonehaven. This house was part of Stonehaven and was occupied by workers of the Lake Shore Stone Company. It was moved one mile north of the park after the quarry closed, but its foundation still exists. . This historical marker was erected in 2015. It is in Belgium in Ozaukee County Wisconsin

Location. 43° 29.741′ N, 87° 47.646′ W. Marker is in Belgium, Wisconsin, in Ozaukee County. The marker is located within Harrington Beach State Park along the Stonehaven Historical Trail which starts just south of the Ansay Welcome Center. Touch for map. Marker is at or near this postal address: 531 County Rd D, Belgium WI 53004, United States of America. Touch for directions. 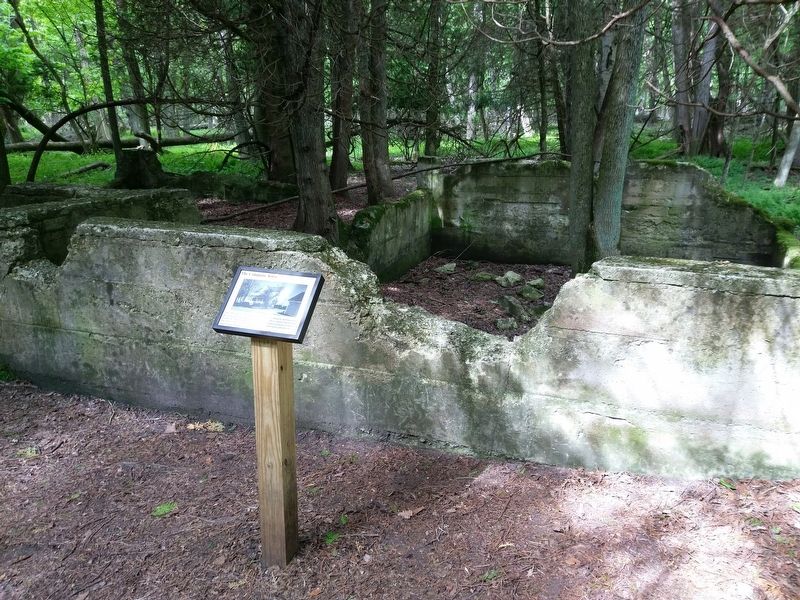 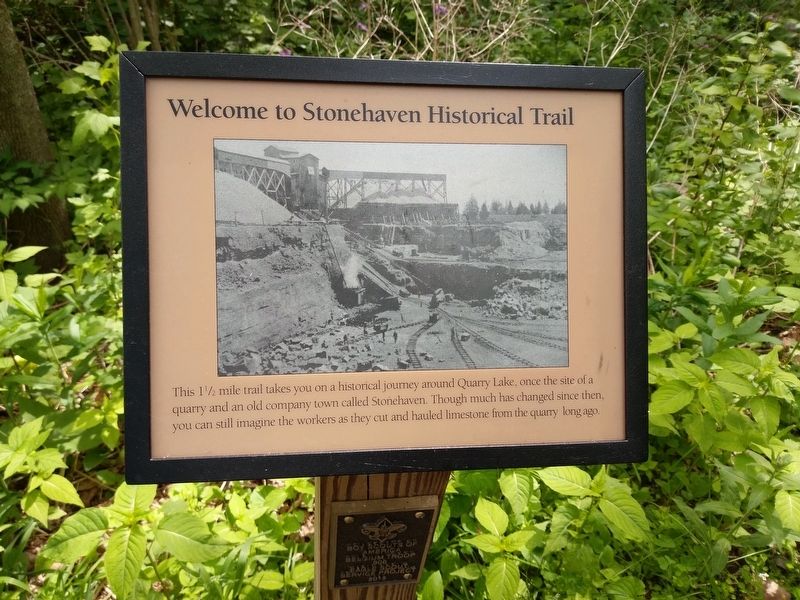