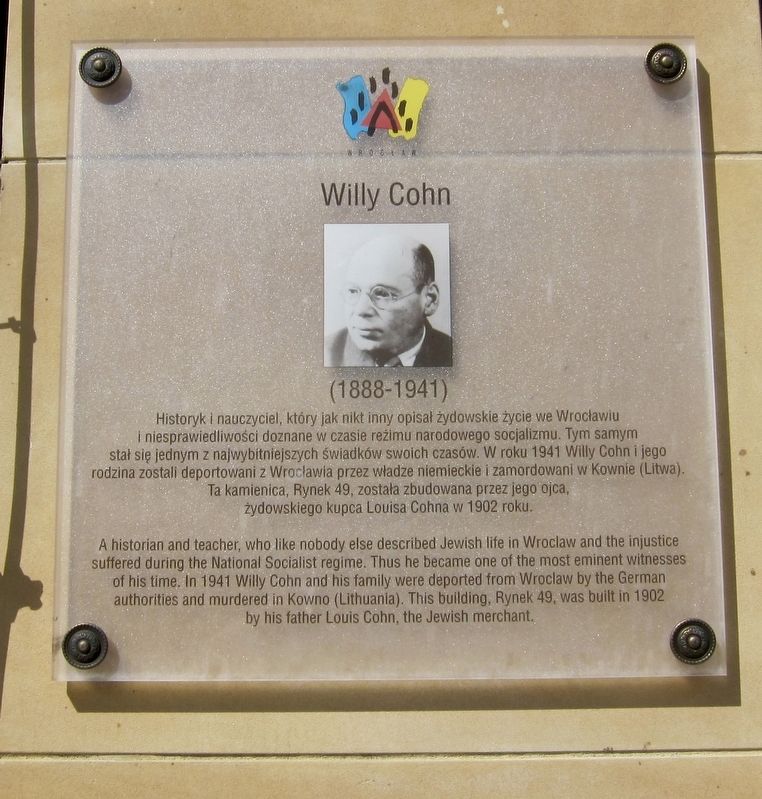 A historian and teacher, who like nobody else described Jewish life in Wroclaw and the injustice suffered during the National Socialist regime. Thus he became one of the most eminent witnesses of his time. In 1941 Willy Cohn and his family were deported from Wroclaw by the German authorities and murdered in Kowno (Lithuania). This building, Rynek 49, was built in 1902 by his father Louis Cohn, the Jewish merchant. . . This historical marker was erected in 2010. It is in Wrocław in Wrocław Powiat Dolnośląskie Poland