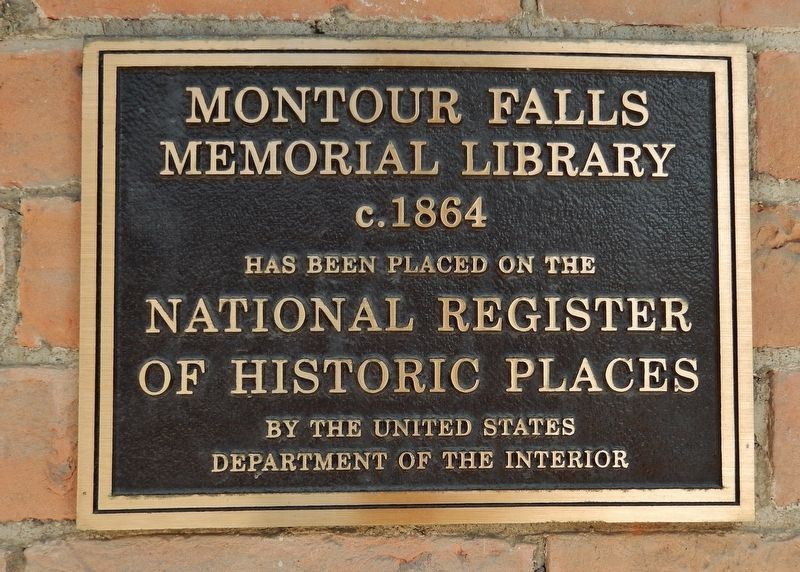 Topics. This historical marker is listed in this topic list: Education. A significant historical year for this entry is 1864. 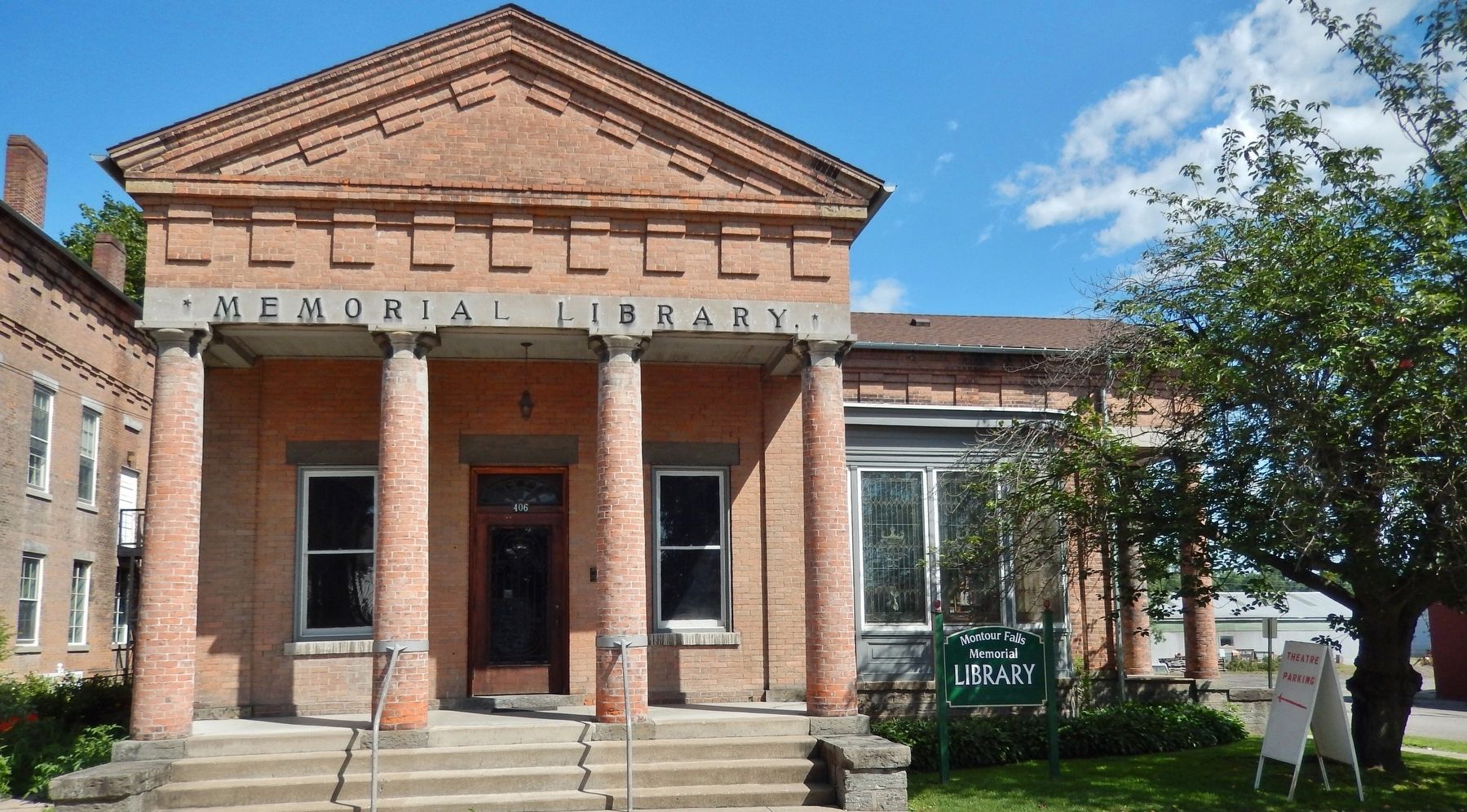 Click or scan to see
this page online
L-shaped brick structure built to resemble two one-story prostyle tetrastyle temples. A wide flight of stairs leads to each portico. When the structure was converted from a bank to a library ca.1900 a bay window with Tiffany glass was erected in the re-entrant angle of the building. (Submitted on June 14, 2018, by Cosmos Mariner of Cape Canaveral, Florida.) 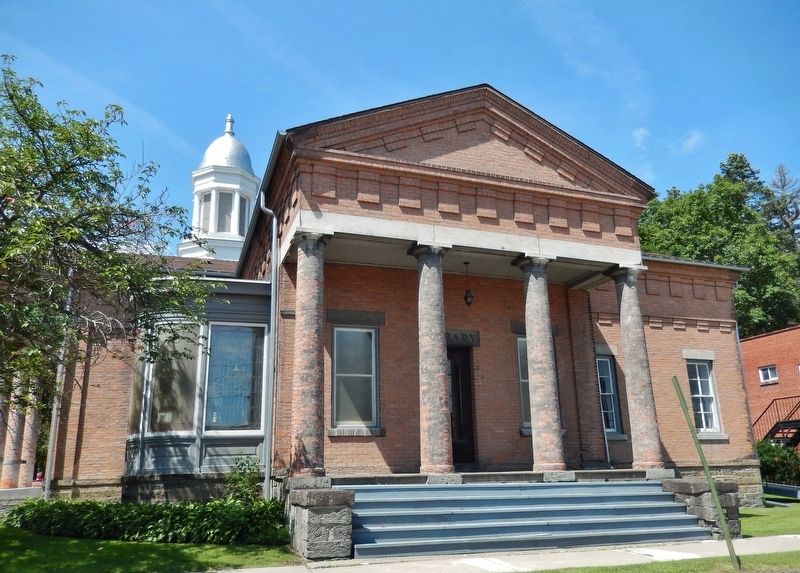 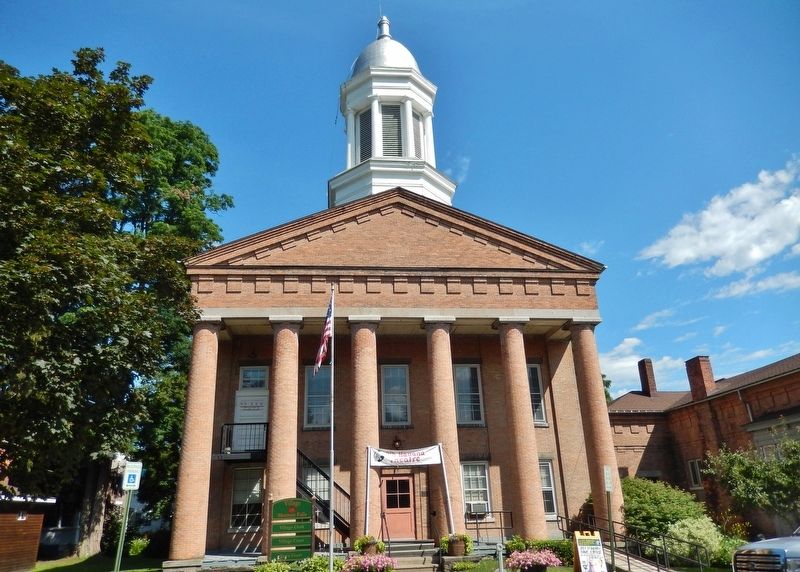