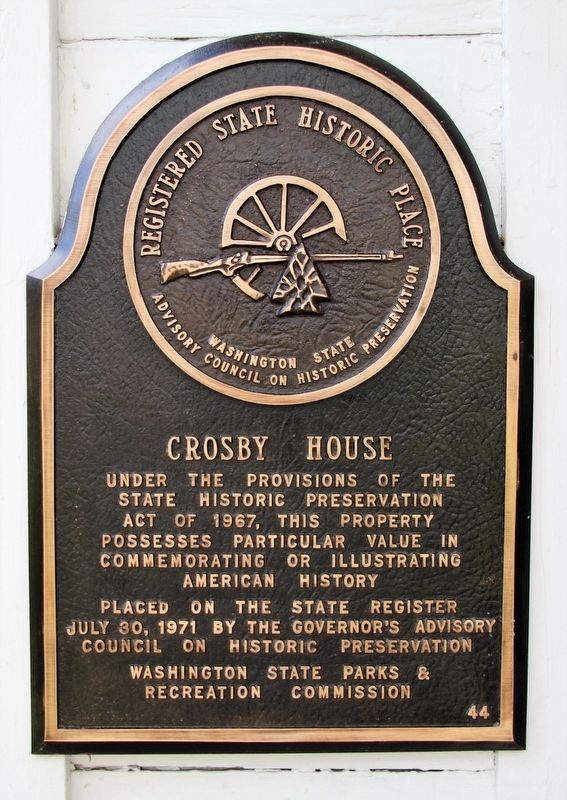 Crosby House , , Under the provisions of the State Historic Preservation Act of 1967, this property possesses particular value in commemorating or illustrating American History. Placed on the State Register July 30, 1971 by the Governor's Advisory Council on Historic Preservation. . This historical marker was erected in 1971 by Washington State Parks and Recreation Commission. It is in Tumwater in Thurston County Washington

Topics. This historical marker is listed in this topic list: Settlements & Settlers. A significant historical date for this entry is July 31, 1971. 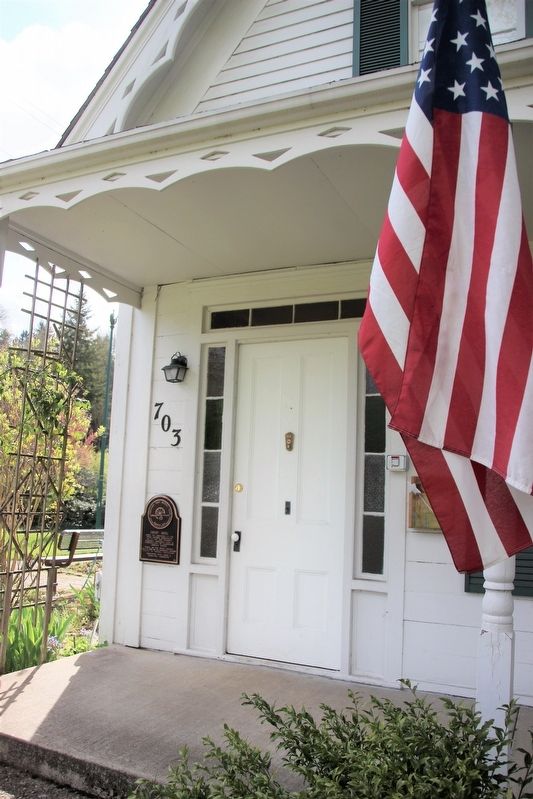 Also see . . .  Crosby House (City of Tumwater). The Crosby House dates from ca. 1860 and was built by Nathaniel Crosby III after he married Cordelia Jane Smith in August of 1860. Miss Smith was the daughter of Jacob and Priscilla Smith who lived in the Lacey area....The illustrious house changed hands numerous times of throughout the years before it was placed with a trustee, William Manier, a local attorney. Through the efforts of the Schmidt family and descendants of the Crosby family, the house was purchased and donated to the Daughters of the Pioneers of Washington, Chapter 4 in 1947....In 1978, the Daughters of the Pioneers gave the house to the City of Tumwater with provision that the Daughters would have a life estate in the property as long as Chapter 4 continued. The Daughters of the Pioneers have restored and furnished the house and indeed have fought valiantly to keep the house through the construction of Deschutes Parkway and Interstate 5. The house also features a pioneer garden. (Submitted on April 19, 2018.)
Credits. This page was last revised on June 14, 2018. It was originally submitted on April 11, 2018, by Shirley A Stirling of Lacey, Washington. This page has been viewed 132 times since then and 11 times this year. Last updated on June 14, 2018, by Craig Baker of Sylmar, California. Photos:   1. submitted on April 11, 2018, by Shirley A Stirling of Lacey, Washington.   2. submitted on April 13, 2018, by Shirley A Stirling of Lacey, Washington. • Andrew Ruppenstein was the editor who published this page.
Share This Page.