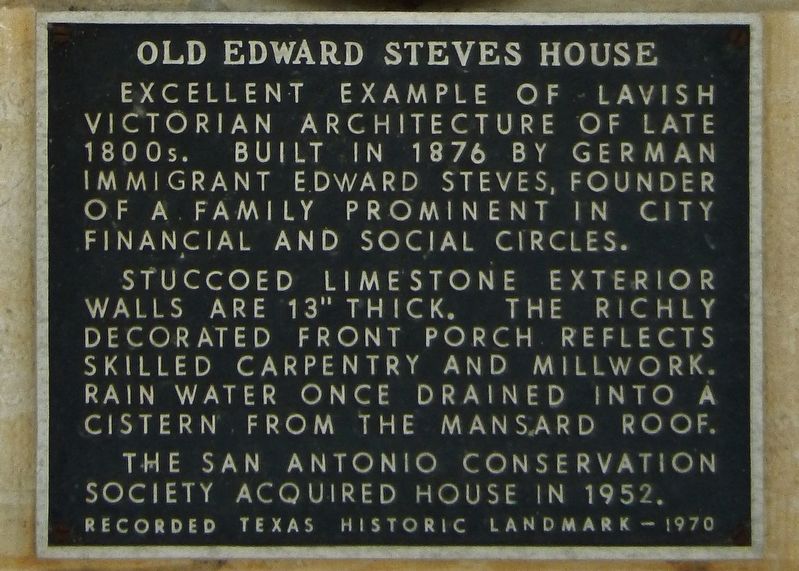 Topics. This historical marker is listed in these topic lists: Architecture • Notable Buildings. A significant historical year for this entry is 1876.

Location. 29° 24.762′ N, 98° 29.715′ W. Marker is in San Antonio, Texas, in Bexar County. Marker is on King William Street south of East Johnson Street, on the right when traveling south. Marker and Texas Historical Medallion are mounted at eye-level, directly on the front wall of the subject building, just to 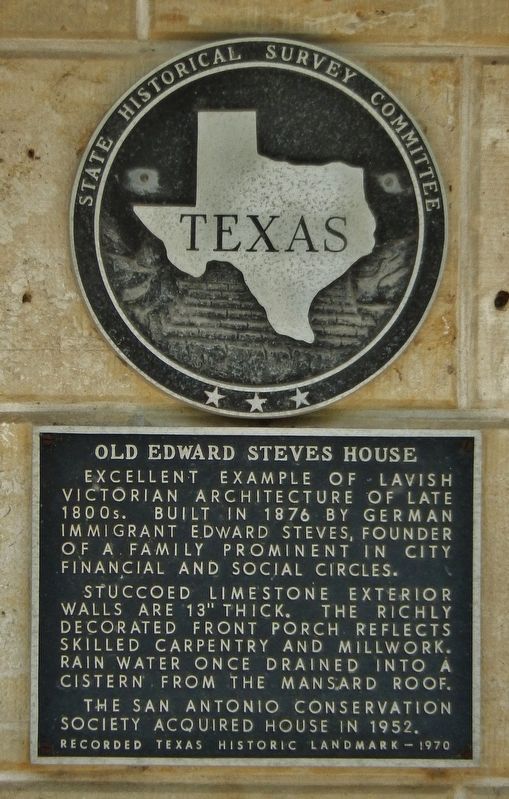 Click or scan to see
this page online
the right of the main front entrance. Touch for map. Marker is at or near this postal address: 509 King William Street, San Antonio TX 78204, United States of America. Touch for directions.

Related markers. Click here for a list of markers that are related to this marker. Edward Steves Homestead

Also see . . .
1. Edward Steves Homestead. The Edward Steves residence is of Victorian French Second Empire design and constructed of smooth-dressed ashlar limestone. The three-story home is a rectangular block with the kitchen and servants’ quarters forming an ell to the rear. The house has a concave mansard roof with dormer windows. Also present on the property are a carriage house, servants’ quarters and a natatorium, the first indoor swimming pool 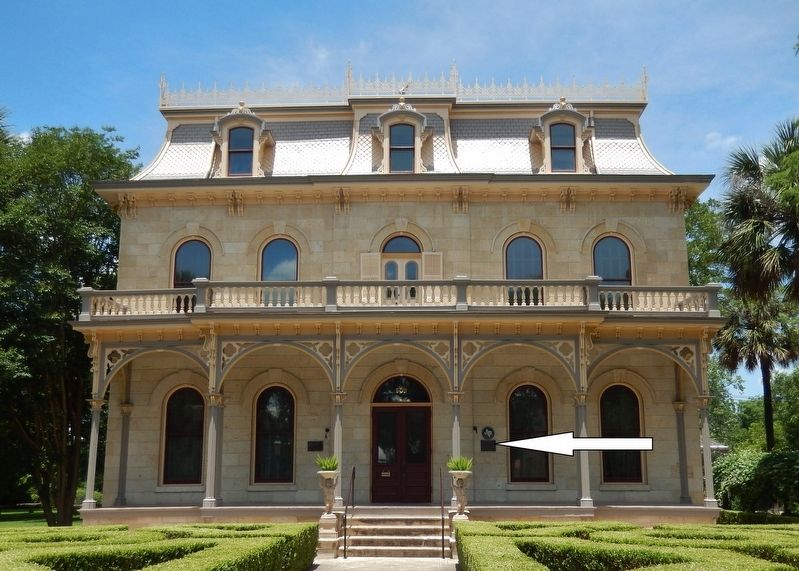 2. Edward Steves. As alderman, Fair Association trustee, director of the San Antonio and Aransas Pass Railway and the Board of Trade, and chief volunteer of Volunteer Fire Company No. 2, Steves expended his prodigious energy toward improving San Antonio. In 1883, in association with his earliest patron in the city, John Kampmann, Steves received a contract to pave Commerce Street with mesquite blocks. At the same time he suggested that telephone, telegraph, and electric poles be removed and that cables be placed underground so as not to mar the beauty of the street. (Submitted on July 19, 2018, by Cosmos Mariner of Cape Canaveral, Florida.) 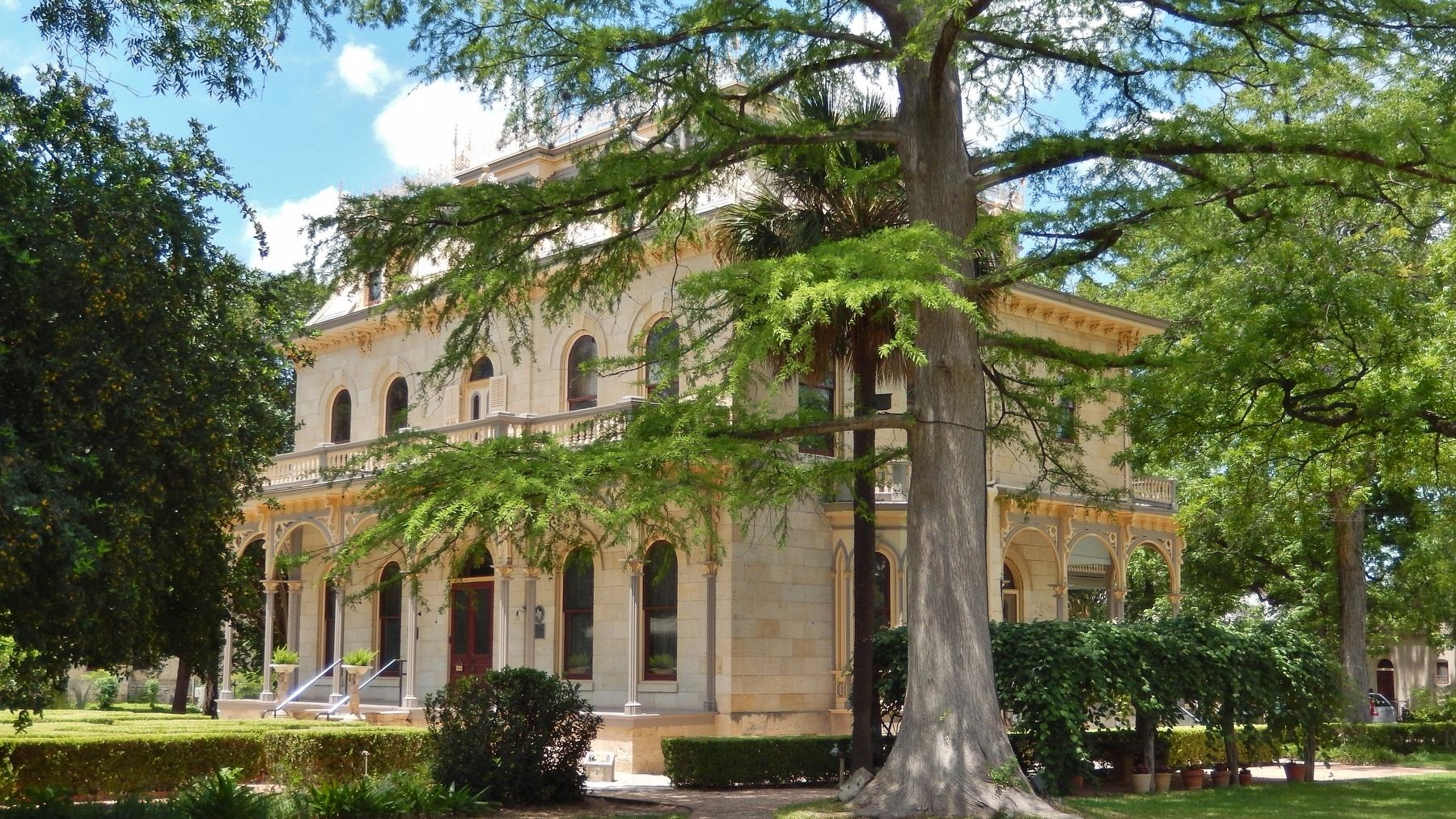 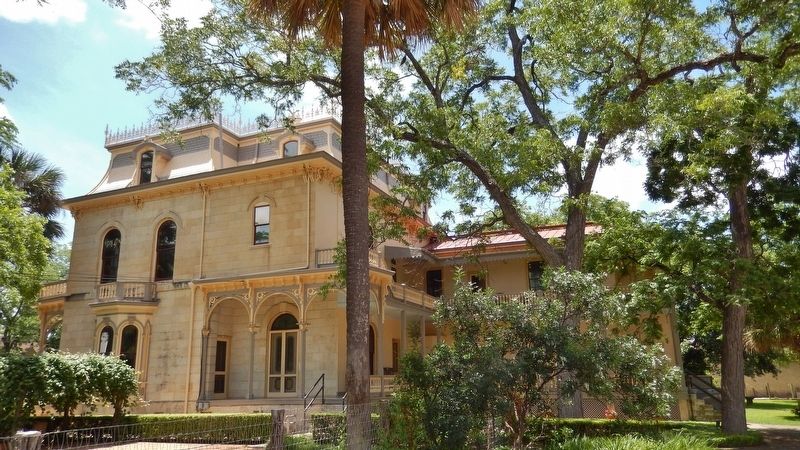 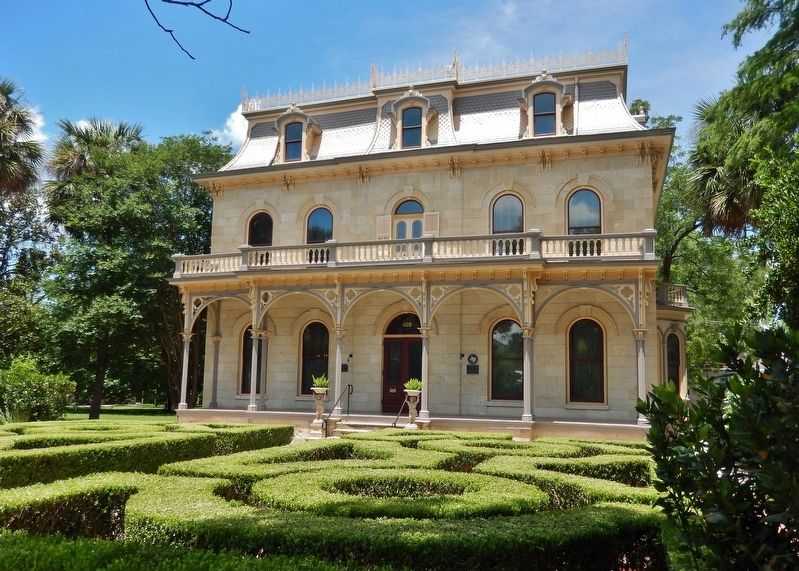